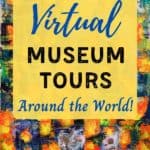 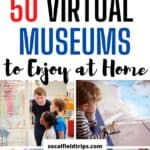 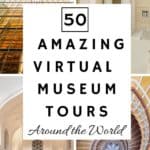 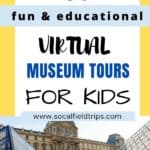 A lot of major museums around the world offer the ability for the public to see works in their collections online through what’s called a virtual museum tour.  The museum allows visitors to take self-guided, room-by-room tours of select exhibits and areas within the museum from their desktop or mobile device.  And best of all, it won’t cost you a dime!

In addition to offering virtual field trips, the museums have 360-degree tours, live streams, image databases and lecture archives spread throughout their websites

From peeking into Yayoi Kusama‘s “Infinity Mirrored Room” at the Broad Museum, to taking a lesson in ancient Greece from Athens’ Benaki Museum, to tracing the history of European painting from the Middle Ages to the late 20th century at the Thyssen-Bornemisza Museum in Madrid, there are some fascinating exhibitions at your fingertips!

So brew a cup of coffee, sit back and enjoy a virtual museum tour from home!

Take a virtual tour of the British Museum with more than 60 galleries – perfect for creating your own bespoke tour around your favorites.  See highlights like the Rosetta Stone in the Egyptian Sculpture Gallery or discover gems like the beautiful textiles in the Sainsbury African Galleries. 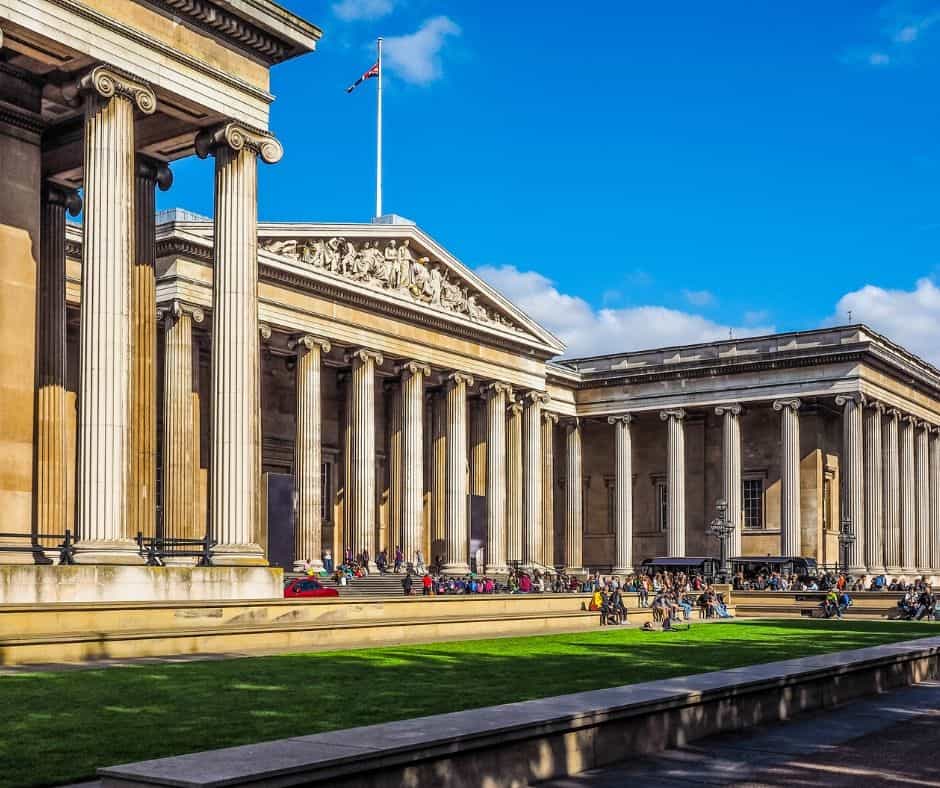 The Broad Museum uses talent from Los Angeles and afar, to produce music, visuals and more to go alongside their online interpretations of the artworks.  As part of its Broad from Home initiative, you can watch a video of Yayoi Kusama‘s “Infinity Mirrored Room“ — The Souls of Millions of Light Years Away – set to a spacey soundtrack.

The Dalí Theatre-Museum in Catalonia, Spain rises on the remains of the former Municipal Theatre of Figueres and is considered to be the last great work of Salvador Dalí.  Everything in it was conceived and designed by the artist so as to offer visitors a real experience and draw them into his unique and captivating world.

It features many rooms and exhibits surrounding every era of Dalí’s life and career, and the artist himself is buried here.  The museum offers virtual tours of the grounds and a few exhibits.

The mission of Crystal Bridges is to welcome all to celebrate the American spirit in a setting that unites the power of art with the beauty of nature.  Whether you’re a teacher or a parent looking for virtual learning opportunities for kids, you’ll find exciting online resources to spark creativity and critical thinking.  You can also take virtual tours of their current exhibits. 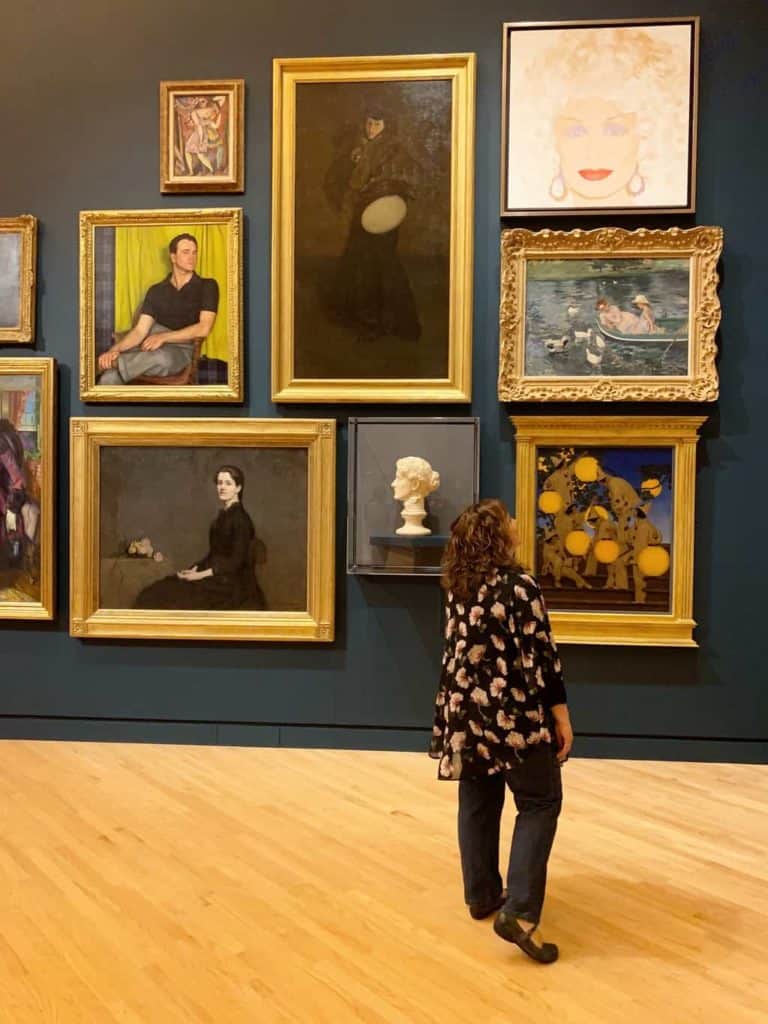 Enjoy listening to stellar talks and performances online from some of the world’s greatest performers hosted by the Grammy Museum. 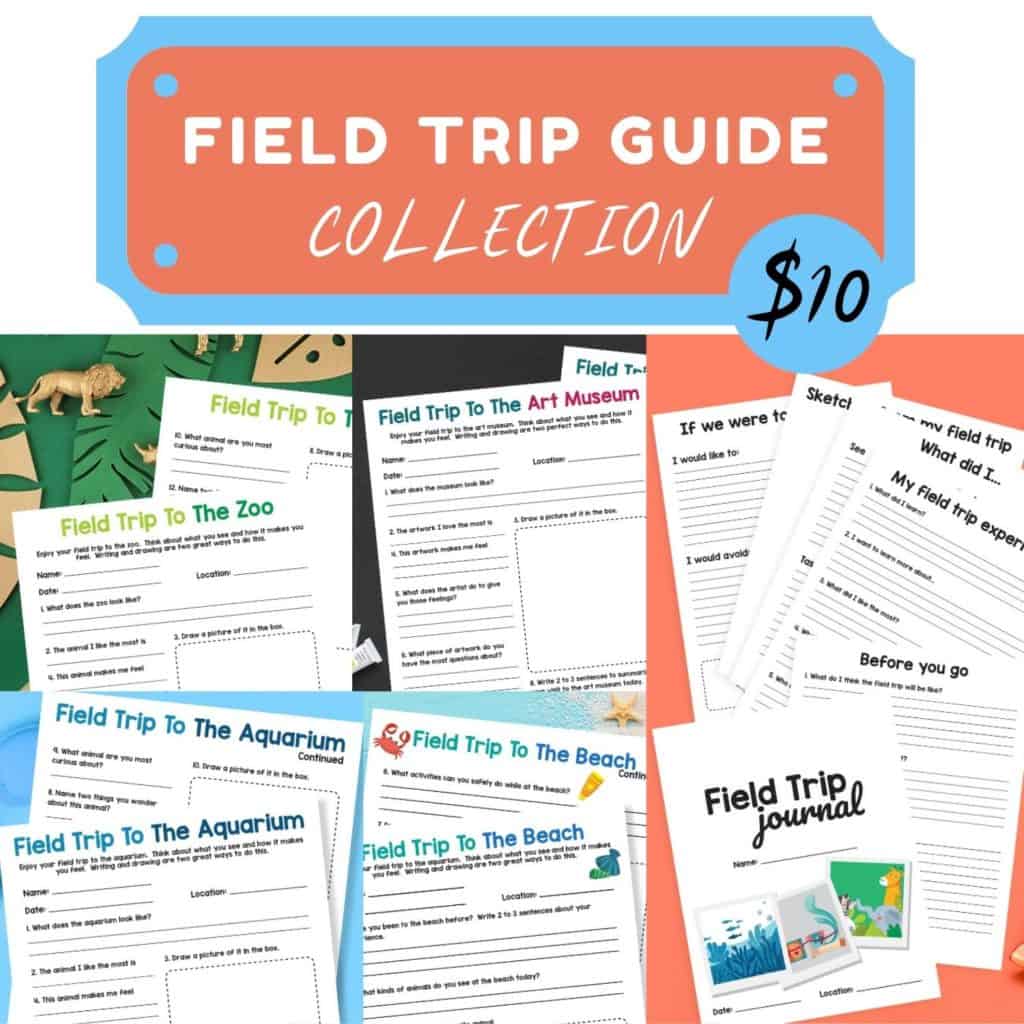 The J. Paul Getty Museum at the Getty Center features works of art dating from the eighth through the twenty-first century, showcased against a backdrop of dramatic architecture, tranquil gardens, and breathtaking views of Los Angeles.

The collection includes European paintings, drawings, sculpture, illuminated manuscripts, decorative arts, and European, Asian, and American photographs.  With two online exhibits, the Museum is loaded with color, history and beauty we can all enjoy.

This New Mexico based museum preserves, presents, and advances the artistic legacy of Georgia O’Keeffe and Modernism through innovative public engagement, education, and research.  Five virtual exhibits walk you through the inspiration behind the artist’s greatest works, from modernism to watercolors. 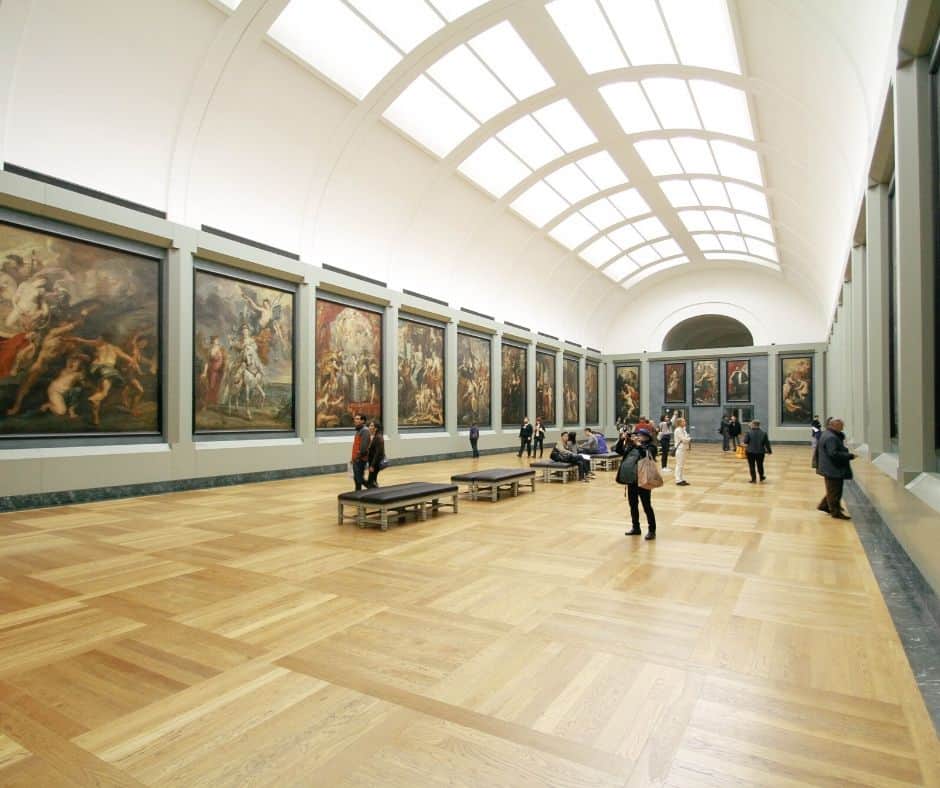 Get a glimpse of The Huntington’s world famous gardens during one of their eight Botanical Collections virtual tours including the Rose Garden, Japanese Garden and especially for kids, the Dinosaur Plants and Children’s Garden tours.

Enjoy the LACMA @ Home collection of Artists on Art videos, in which local icons like John Baldessari, Betye Saar, Ed Ruscha and Catherine Opie roam the galleries and talk about their favorite works.

The Louvre is the world’s largest art museum and a historic monument in Paris, France.  They offer four virtual tours: The Advent of the Artist, Egyptian Antiquities, Remains of the Louvre’s Moat and Galerie d’Apollon.

The Museu de Arte de São Paulo is a non-profit and Brazil’s first modern museum. Artworks placed on clear perspex frames make it seem like the artwork is hovering in midair. Take a virtual tour to experience the wondrous display for yourself. 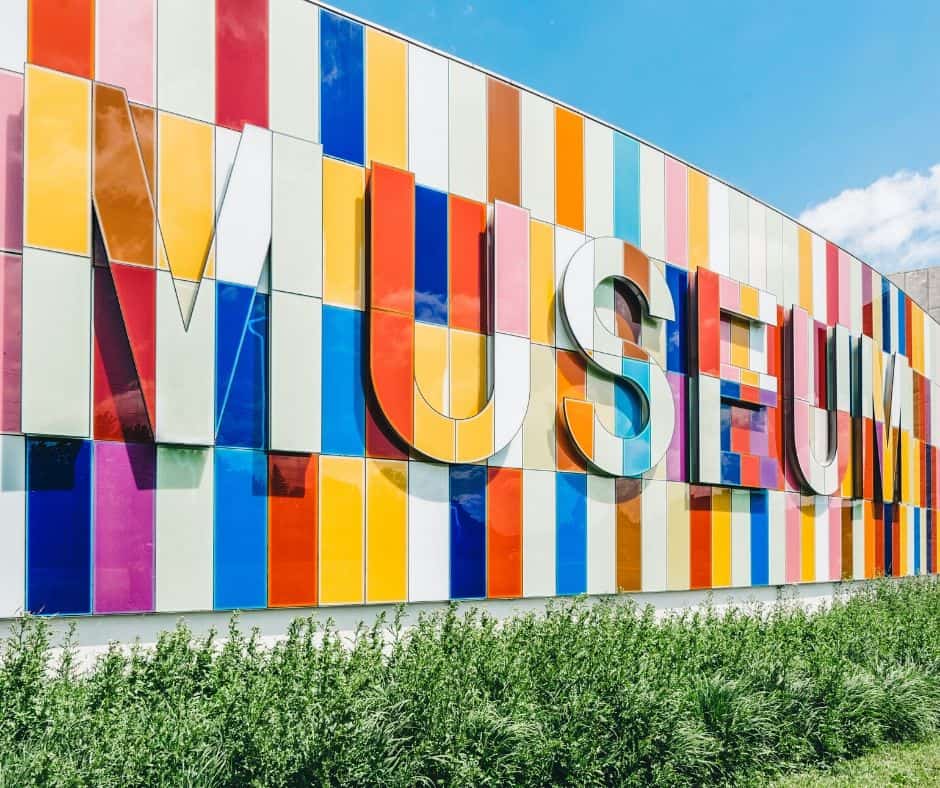 The MET is the largest art museum in the United States with two million works consists of works of art from the ancient world to modern art.  The MET’s extensive collection covers Egyptian, Greek, African, Asian, Oceanian, Byzantine, and Islāmic art.

The museum offers visitors six short videos to virtually visit The Met’s art and architecture in a fresh, immersive way.  Created using spherical 360° technology, it allows viewers to explore some of the Museum’s iconic spaces as never before.  Viewers can experience the magic of standing in an empty gallery after-hours, witnessing a bustling space in time-lapse, or floating high above The Met Cloisters for a bird’s-eye view.

When it comes to impressionist and post-impressionist art, there is no greater museum in the world.  The Musée d’Orsay is home to the Self-Portrait by Van Gogh, 86 paintings by Monet, along with work by major sculptors, and a collection of photography and architectural arts.

Their virtual tour also includes an online exhibition charting the history of the building.  And over on Tourist Tube there’s a 360-degree view of the magnificent exterior.

For all things fashion—and all things art—the 16 virtual exhibits by the Museum of Fine Arts are definitely worth a look.  This is another interactive tour that guides you through the museum without ever needing to leave your couch.

With extraordinary exhibitions and the world’s finest collection of modern and contemporary art, MoMA is dedicated to the conversation between the past and the present, the established and the experimental.  You can see MoMA’s full Sophie Taeuber-Arp collection courtesy of this walkthrough guide. 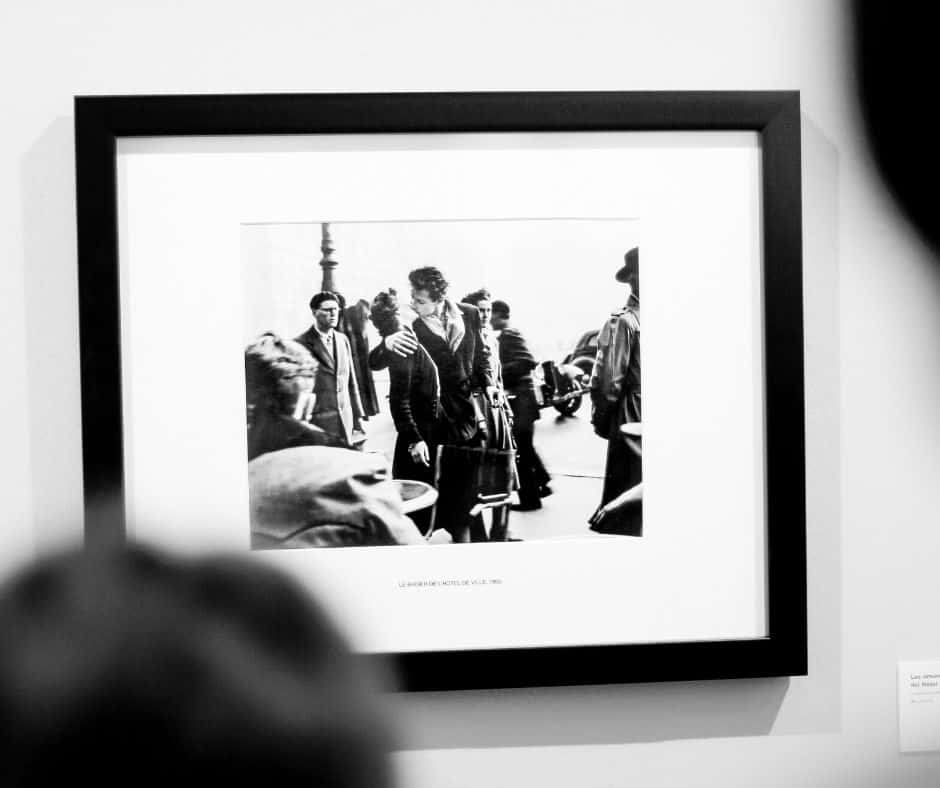 A backdrop to London’s four lions in Trafalgar Square, the National is home to 2,300 publicly-owned paintings, watercolours, drawings and other European art from the 13th to the mid-20th century.  There are seven exhibition spaces of Renaissance art and the Central Hall to explore in its virtual tour, from portraits to large dramatic altarpieces.

The National Gallery of Art – the nation’s museum – preserves, collects, exhibits, and fosters an understanding of works of art.  You can visit the Gallery virtually through video tours of current exhibitions, in-depth looks at highlights of the collection, online learning opportunities, audio and video recordings of lectures by artists and curators, and more.

This famous American art museum also has two online exhibits through Google.  The first is an exhibit of American fashion from 1740 to 1895, including many renderings of clothes from the colonial and Revolutionary eras. The second is a collection of works from Dutch Baroque painter Johannes Vermeer.

The 400,000-square-foot museum sits on the National Mall across from the Washington Monument.  Take a 360 VR tour inside to see close to 37,000 artifacts.

One of Korea’s popular museums can be accessed from anywhere around the world.  The virtual tours explore an inspiring mix of print, design, sculpture, photography, new media and other large-scale installations. 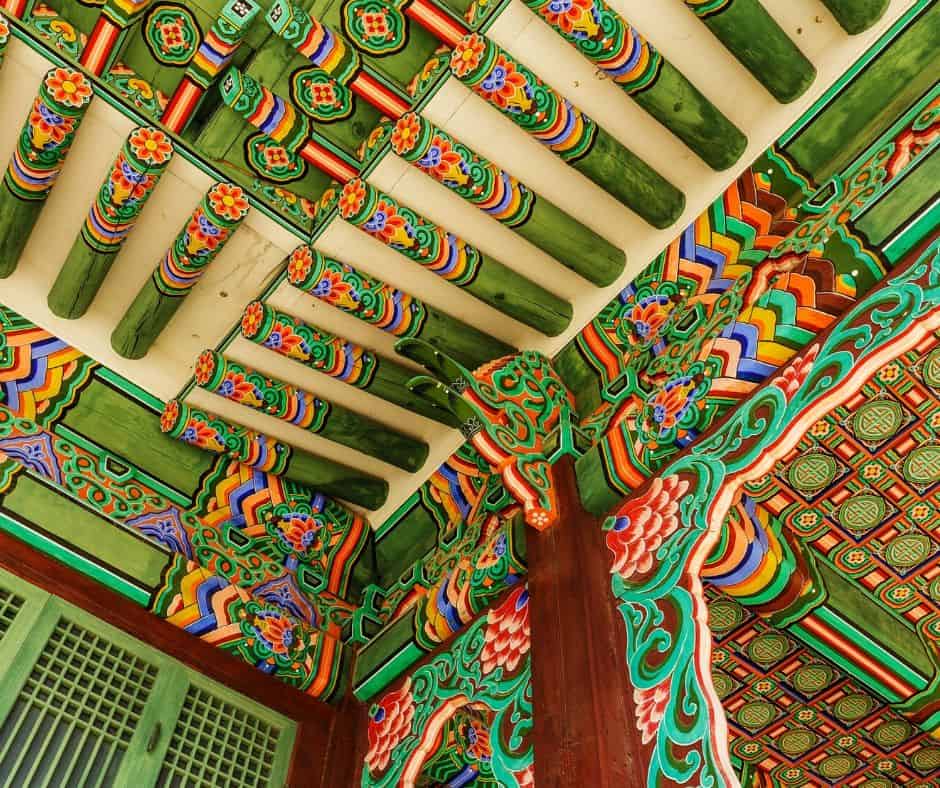 The official virtual tour of the National Museum of the United States Air Force includes a stroll through the cockpit as well as models of America’s earliest aircraft.

The National Women’s History Museum researches, collects and exhibits the contributions of women to the social, cultural, economic and political life of our nation in a context of world history.  Their thirty online exhibits feature some of the most influential women in amazing detail, from Harriet Tubman to the brave ladies of the Suffrage Movement.

Take a private virtual tour of the former home of French royalty with the help of Google Arts & Culture.

The Petersen Automotive Museum has a 60,000-square-foot vault underneath the museum that houses 250 rare and pristine vehicles.  Right now you can get a glimpse inside the vault during their daily livestreamed tours.  If you’re looking for a bit of a throwback, you can also tour the museum’s pre-2015-makeover configuration on Google Street View. 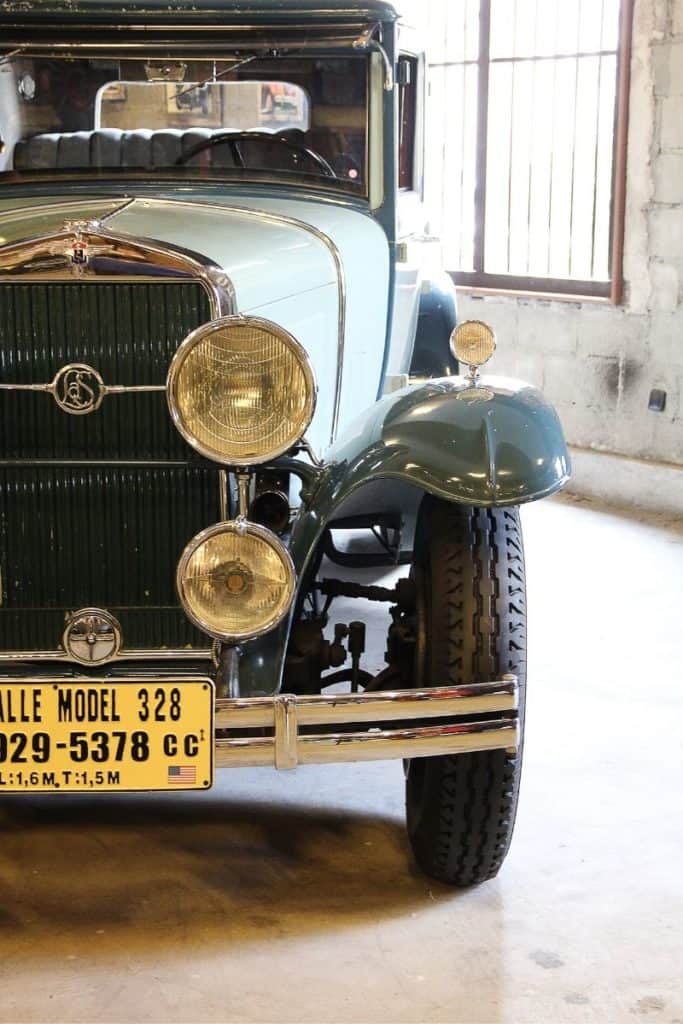 This art museum dedicated to all things Picasso offers a 360-degree tour of some of the best-preserved Medieval architecture in Barcelona.

The Rijksmuseum is the museum of the Netherlands.  In 80 galleries 8,000 objects tell the story of 800 years of Dutch art and history, from the Middle Ages to Mondrian.  This interactive virtual tour helps viewers get up close to every brush stroke by Vermeer, Rembrandt and other Dutch masters while exploring the Great Hall and beyond.

The Museum of Natural History’s green dome and immense size (comparable to 18 football fields) are signatures, as well as the 140 million-plus natural science specimens and cultural artifacts that the museum contains.  This interactive tourleads you through the winding hallways of the world’s most interesting historical artifacts. 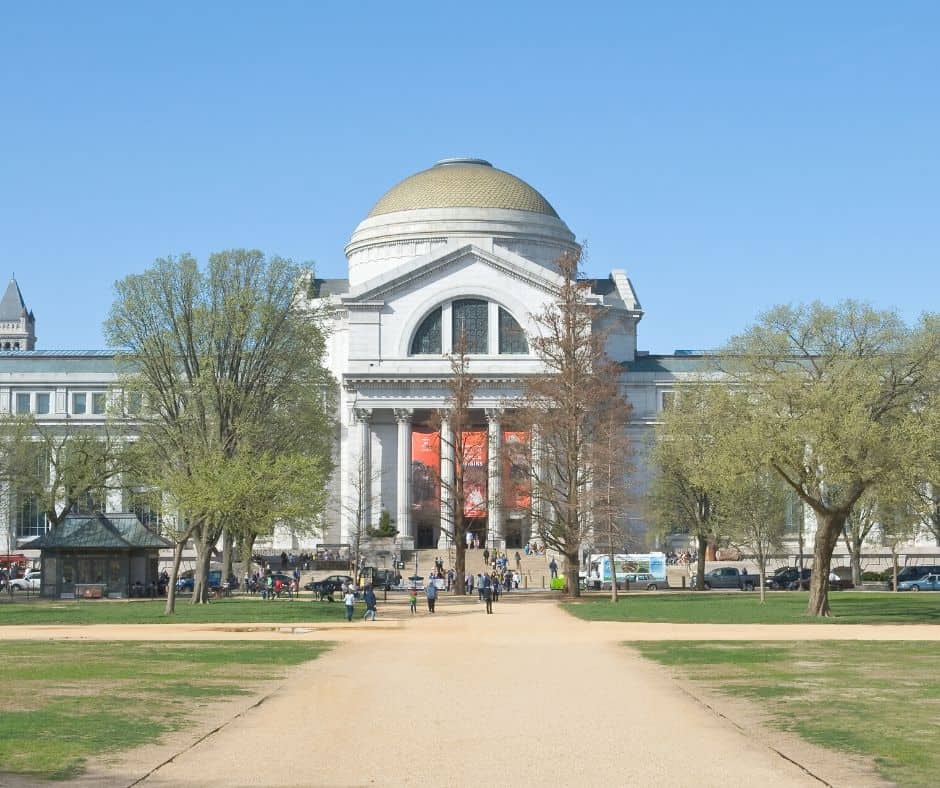 Google’s Street View feature lets visitors tour the Guggenheim’s famous spiral staircase without ever leaving home.  From there, you can discover incredible works of art from the Impressionist, Post-Impressionist, Modern and Contemporary eras.

This wonderful museum holds a vast collection of art that traces the history of European painting from the Middle Ages right through to the late 20th century.  Italian primitives, the German Renaissance, 19th-century American art, Impressionism, German Expressionism and Russian Constructivism are the most widely viewed pieces.  You can find their full collection of art including videos and interviews on their website.

You can scroll through more than 300,000 works in the digital archives of the Uffizi, Florence’s treasure chest of Renaissance art. Discover the masterpieces of their collections and history, traveling through captivating descriptions and HD pictures on their HyperVisions page. 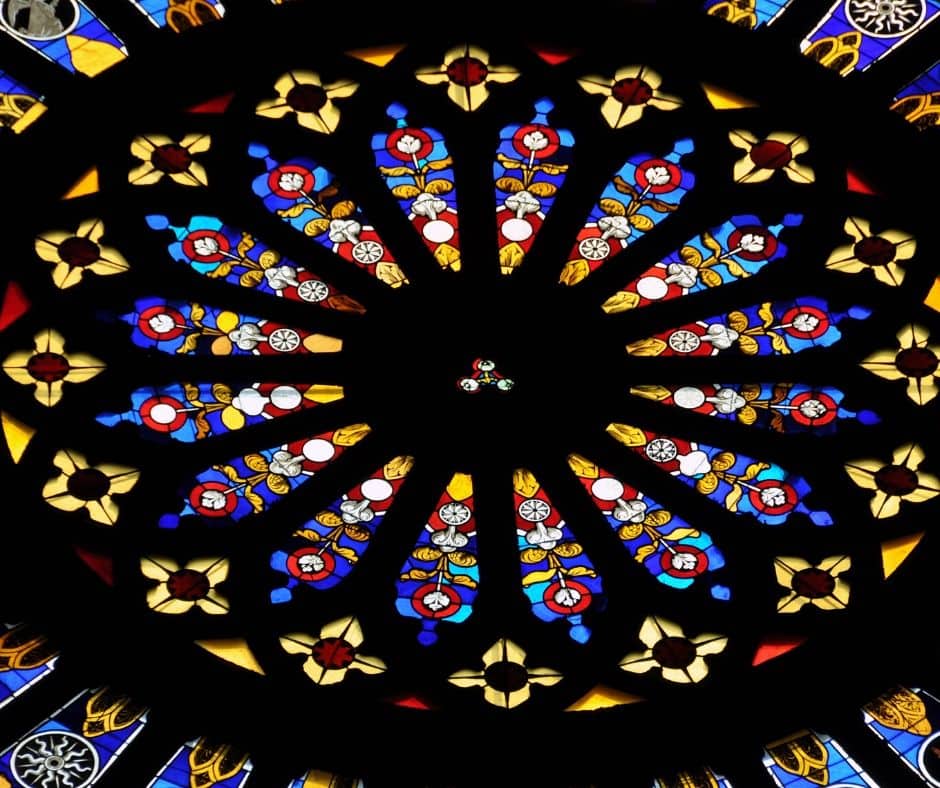 Are you looking for ways to entertain your children with an educational twist, would you like to know more about the story behind the famous works of art or would take a look inside the museum?  Go for a walk through Van Gogh’s collection of famous art pieces with this virtual exhibit.

The Vatican Museum conserves the immense collection of art amassed by the popes from the seventeenth century onwards.  Now you can take a walk through Vatican City without even leaving your house with this virtual tour featuring Raphael’s Rooms, the Sistine Chapel and the New Wing.

[…] field trip”, you ask?  Good question!  On a virtual field trip students can visit museums, zoos, aquariums, historical sites, national monuments and other places of importance around the […]

[…] Take a free virtual field trip to explore the world around you, visit a historical site or spend time inside a world famous museum. […]