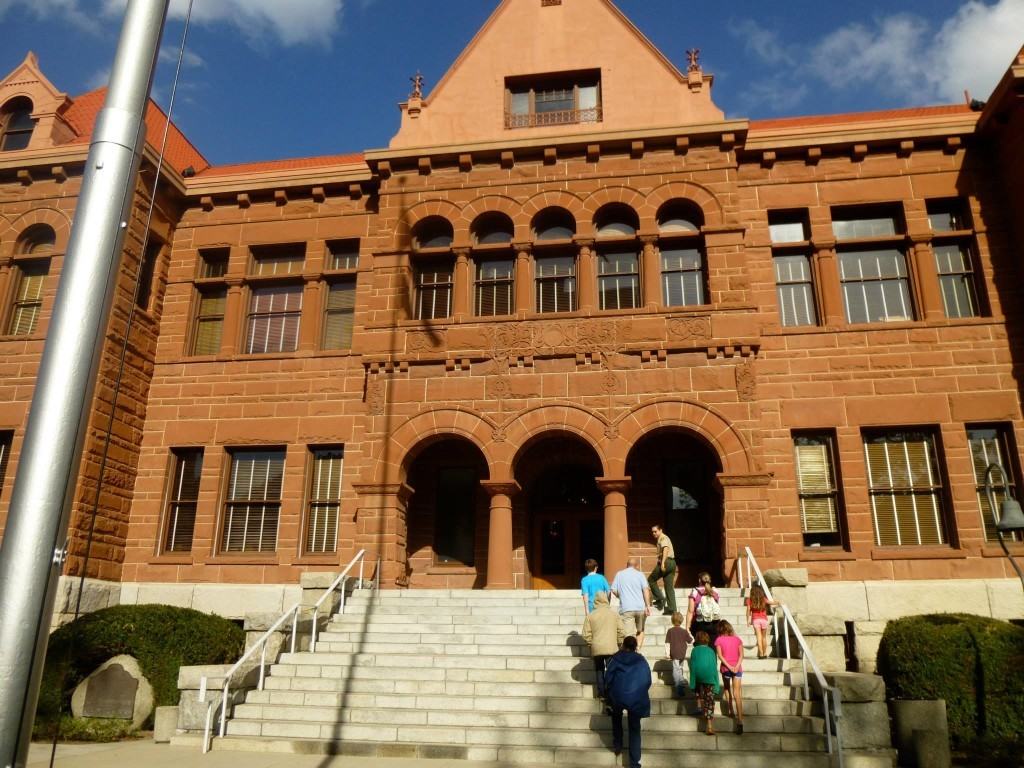 Today, the 30,000-square foot building originally made of granite and sandstone, has been restored to look much as it had at the turn of the last century.  The building is officially on the National Register of Historic places and is a State of California Historic Landmark. 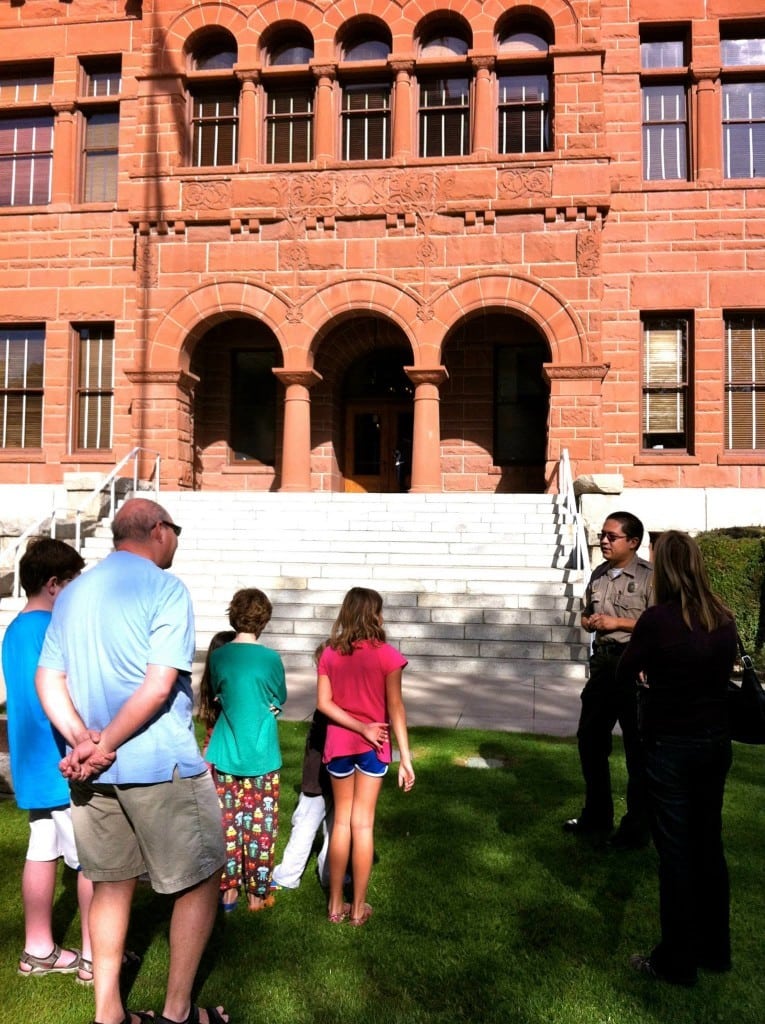 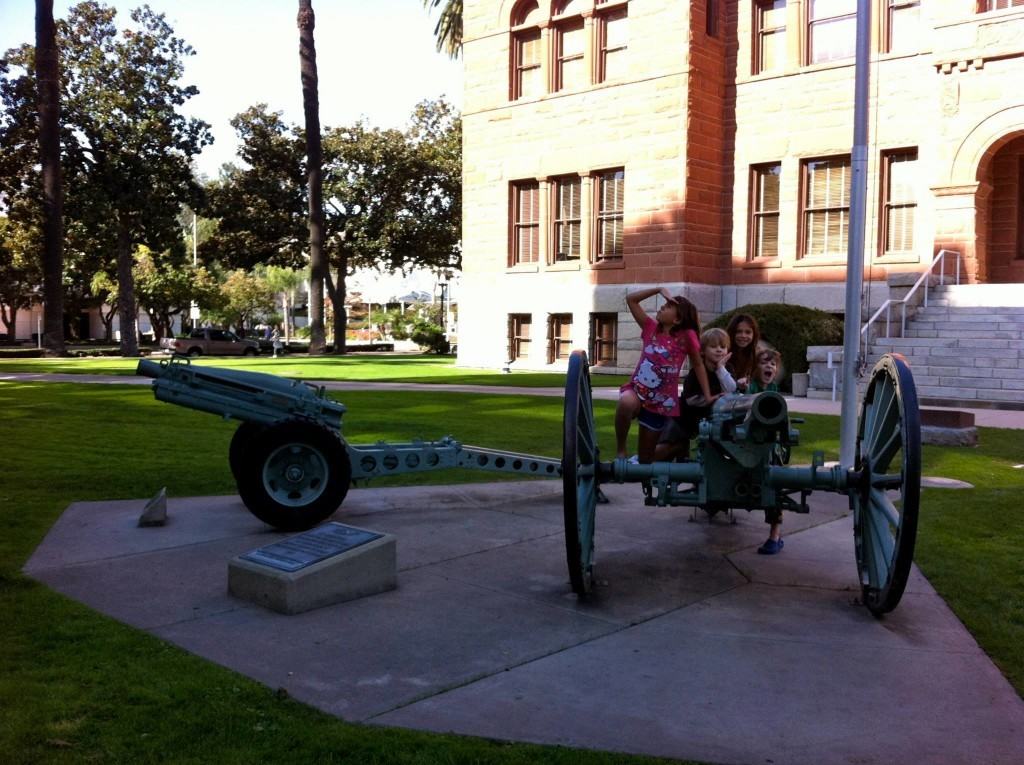 Once inside we got a personal tour of the courthouse.  Our tour guide named Brad, a Historic Resource Specialist, was very informative and wonderful with our kids. 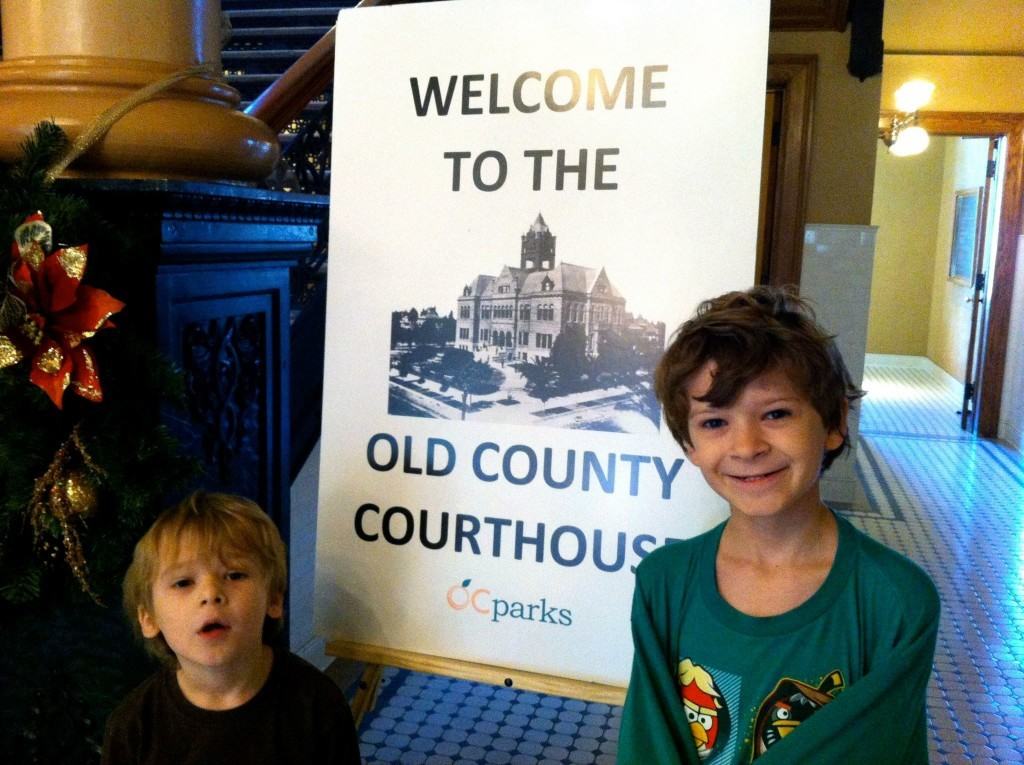 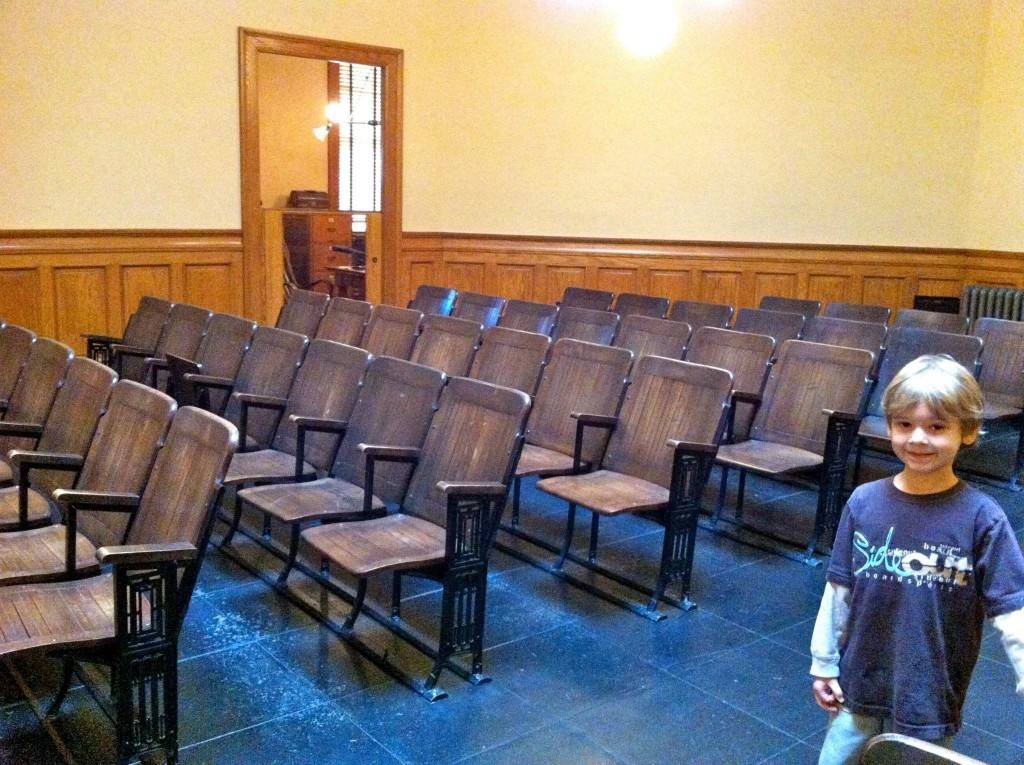 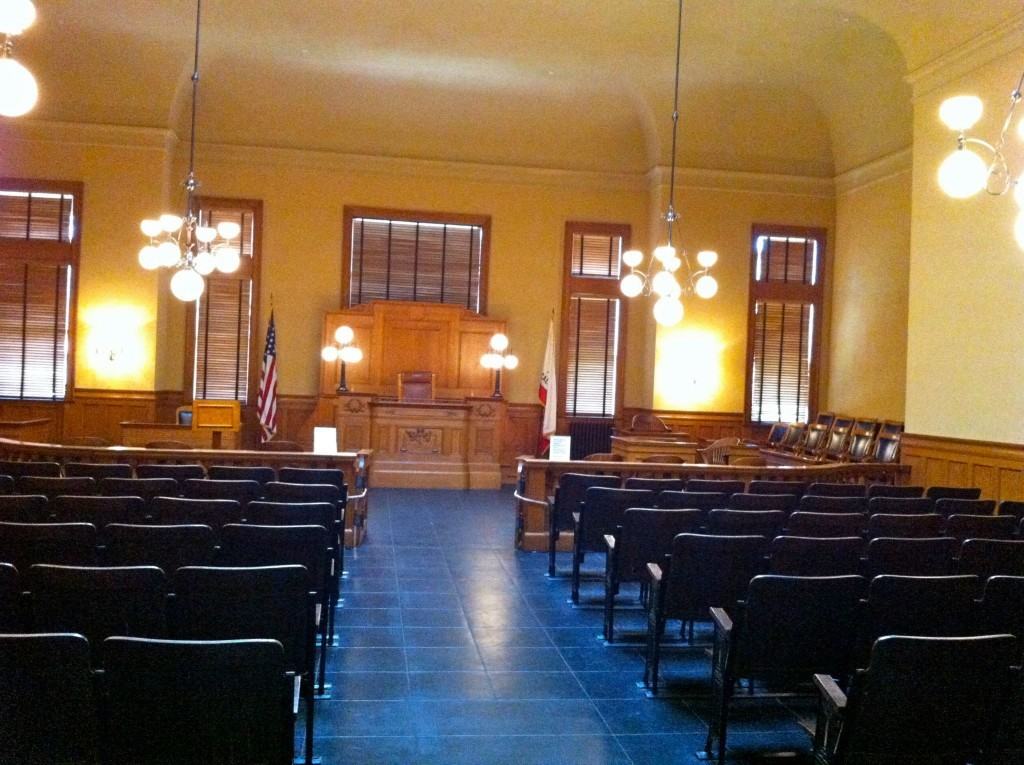 Brad gave us this handy-dandy guide about the different types of artifacts that are on display in the courthouse.  The court reporter’s office and the equipment that they use to use to transcribe old court cases on was very impressive. 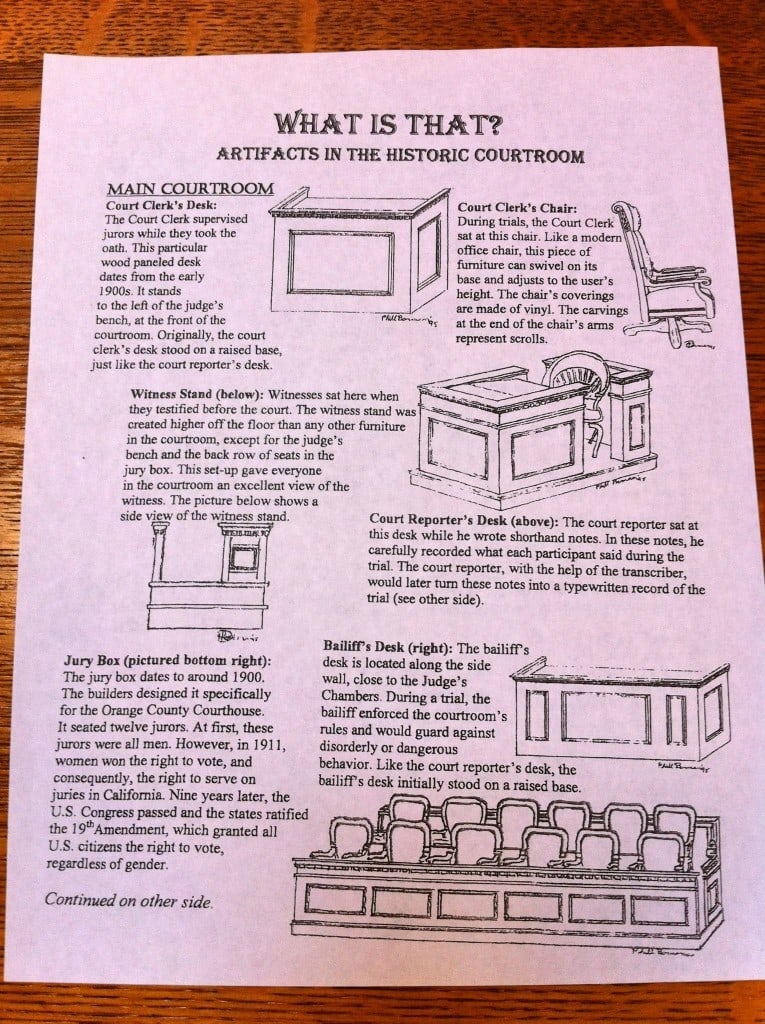 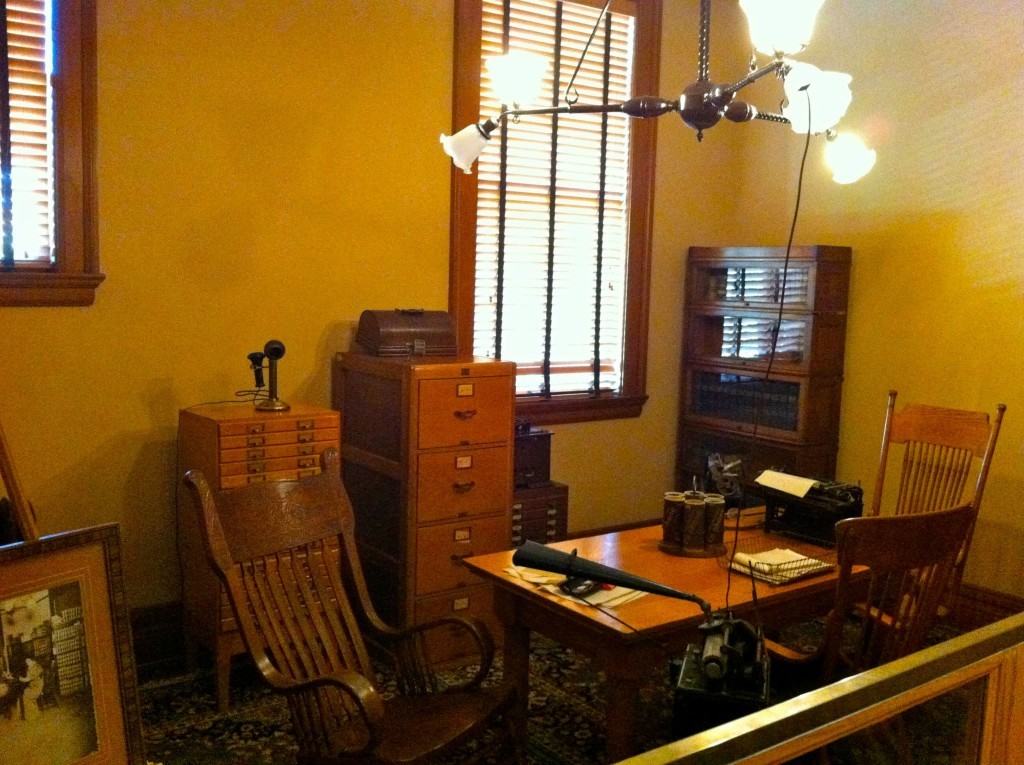 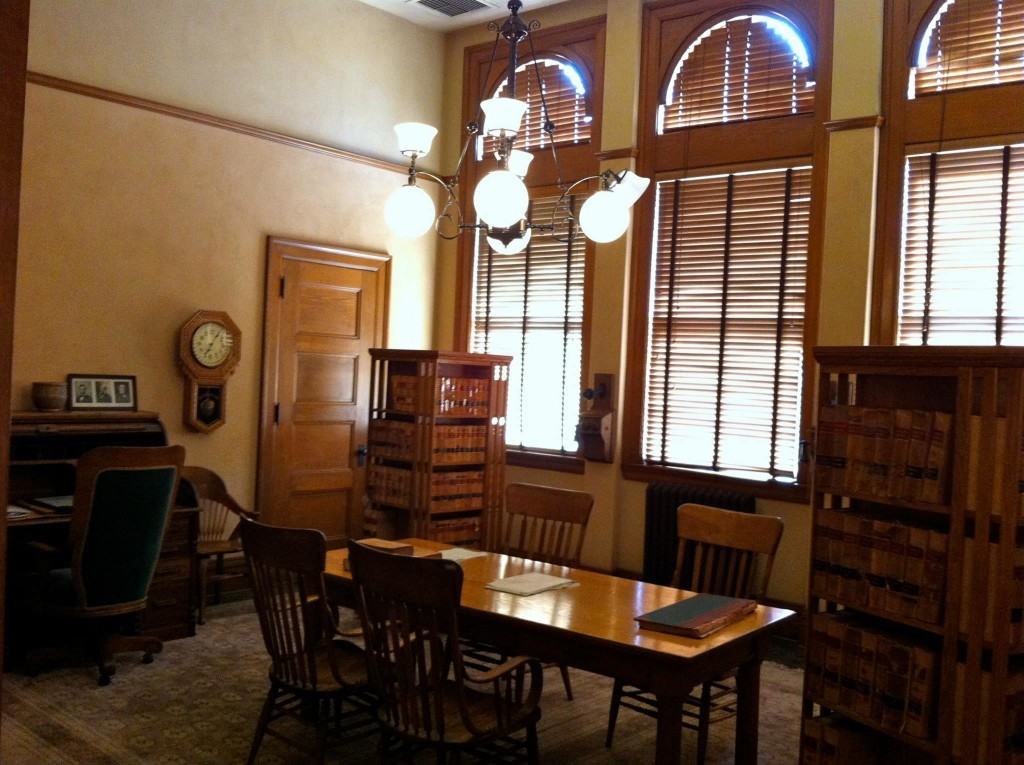 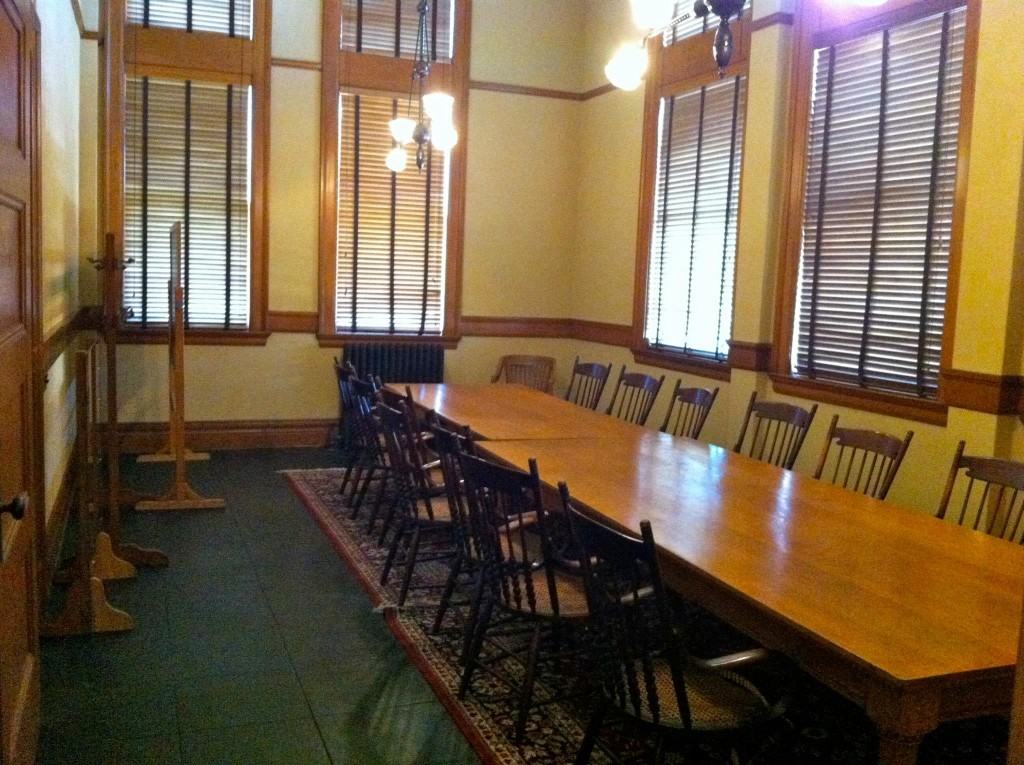 In additional to providing public tours, The Old Orange County Courthouse also hosts a variety of exhibitions throughout the year.   The exhibition gallery displays both temporary and permanent exhibits relating to local and regional history.  When we were there they had The Dairies of Orange County on display. 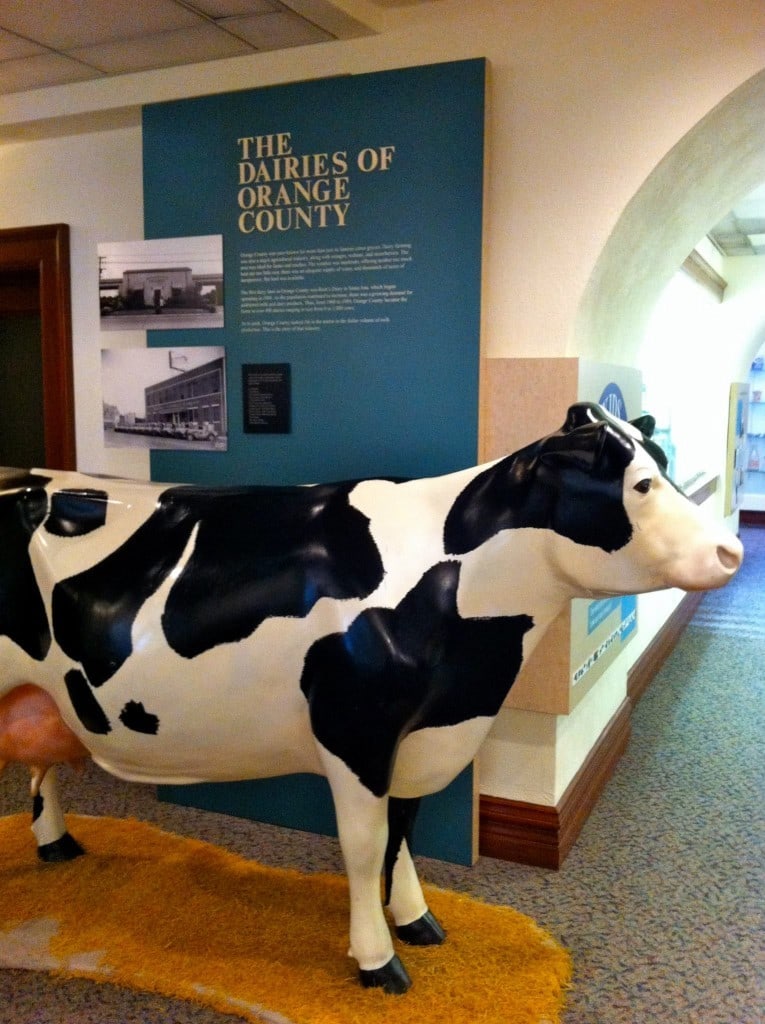 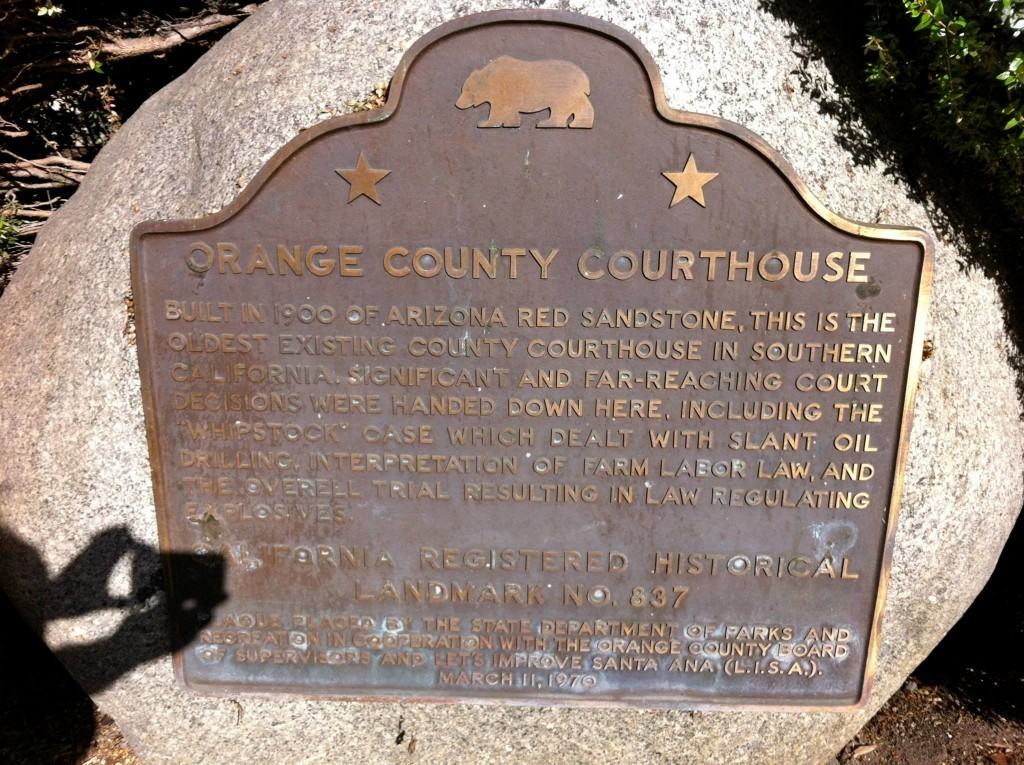 Tips For Planning A Visit To The Old Orange County Courthouse

Here are a few tips when planning a visit to the Old Orange County Courthouse:

2. The courthouse can only accommodate a maximum of 30 people at a time.

3. Strollers are not allowed.

4. The courthouse’s main parking lot out back only takes quarters, plus you can only put in an hour at a time.  Therefore, you have to go back out and refill the meter in the middle of the field trip.  But there is a parking structure on Broadway about two blocks from the courthouse in the art district and it costs a few dollars to park.  It’s a much better deal!