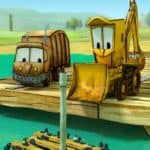 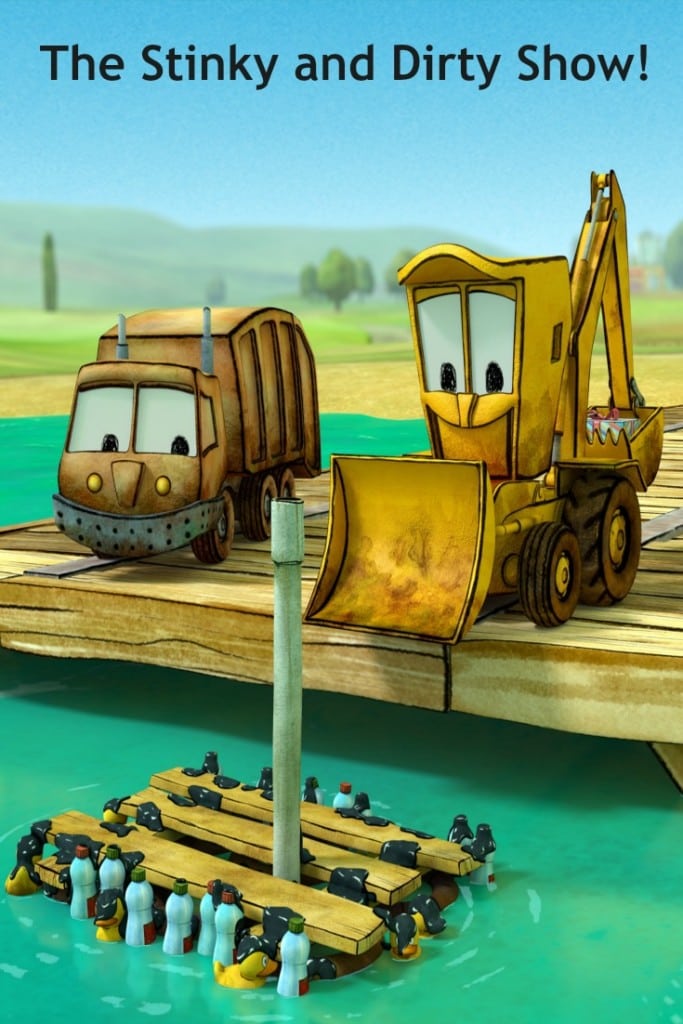 When we arrived for the showing of a few episodes of The Stinky and Dirty Show on the big screen, we were served buttery popcorn and drinks.  Before the show began, the PR team shared a few words with us.  They said the Amazon video series is based on the I Stink children’s book series by Kate and Jim McMullan. 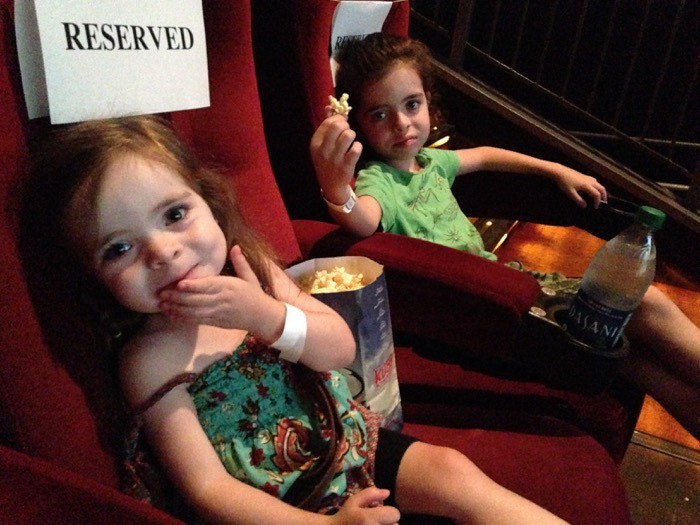 About The Stinky and Dirty Show

The Stinky and Dirty Show follows the adventures of Stinky, the garbage truck and Dirty, the backhoe loader, along with other characters such as Mighty, the tugboat.  The cartoon series is animated by Brown Bag Films, Ltd (Octonauts, Doc McStuffins) and features celebrity voice talents like Whoopi Goldberg, Jane Lynch and Joan Cusack, just to name a few.

I watched the episodes with my 2-year old daughter and 7-year-old son at the theater.  Afterwards, they both mentioned how much they enjoyed it.  Especially my daughter who has been glued to the season pilot on Amazon video ever since! 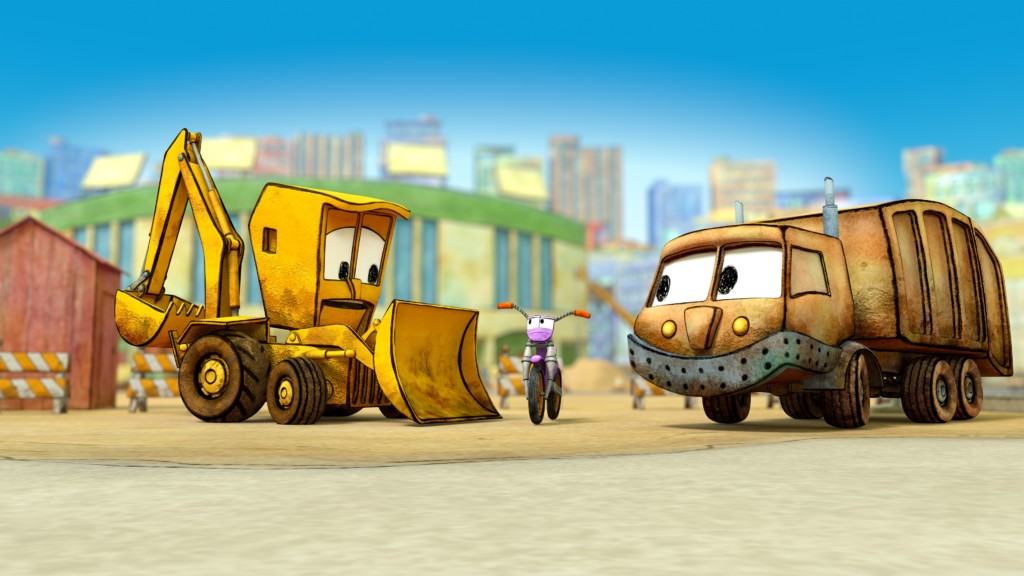 The Stinky and Dirty Show caters to preschoolers by its simplified animation style and its themes: never give up and keep on trying.  Whenever Stinky or Dirty hit a snag, they would ask themselves “what if?” and try to come up with a solution.  This is a great lesson for everyone, including preschoolers.  Stinky’s favorite solution is often to never forget “the power of garbage” which is really a lesson in recycling. 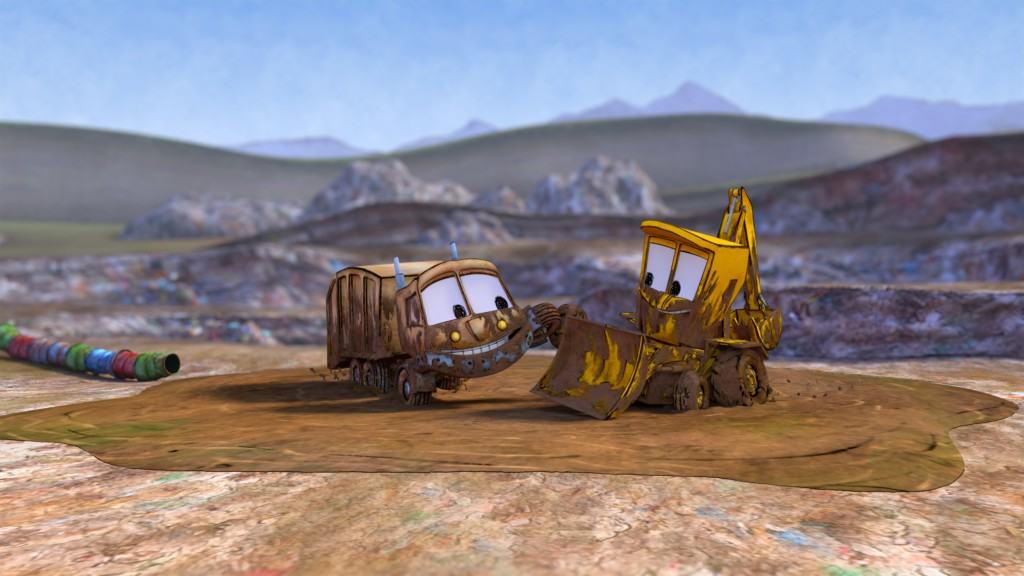 Even though the main characters are trucks, the show appeals to both girls and boys alike, thanks to the lively characters and upbeat music. 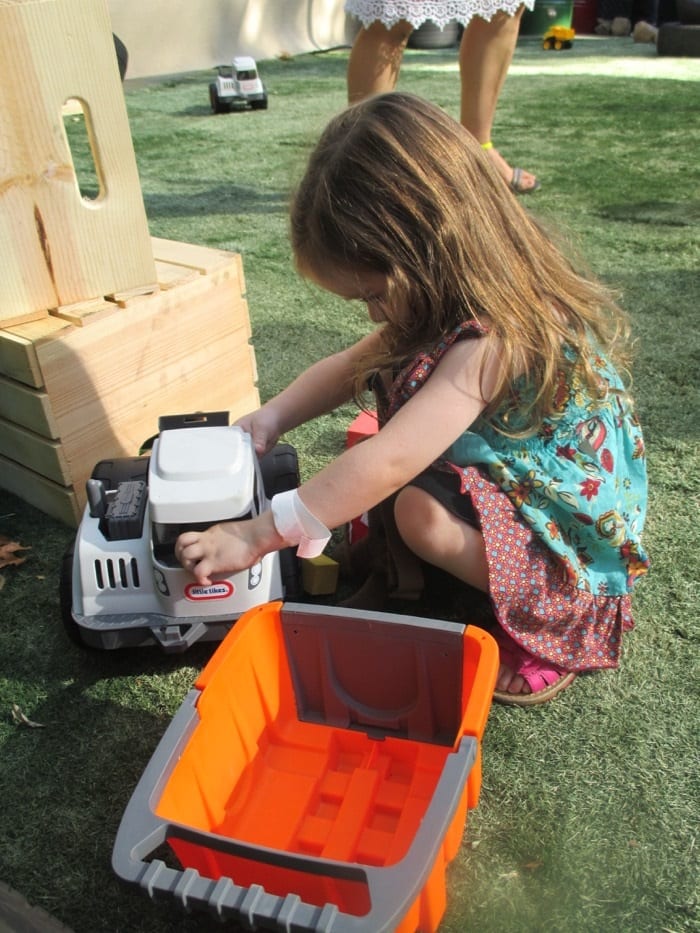 After the movie premiere, we went to an after-party on the grassy lawn at the Grove.  Amazon Video had all sorts of kids activities planned for our junior truck-lovers including Dirty’s mud-pie making station, Stinky’s trash pile (trailmix station) and a large assortment of play trucks. 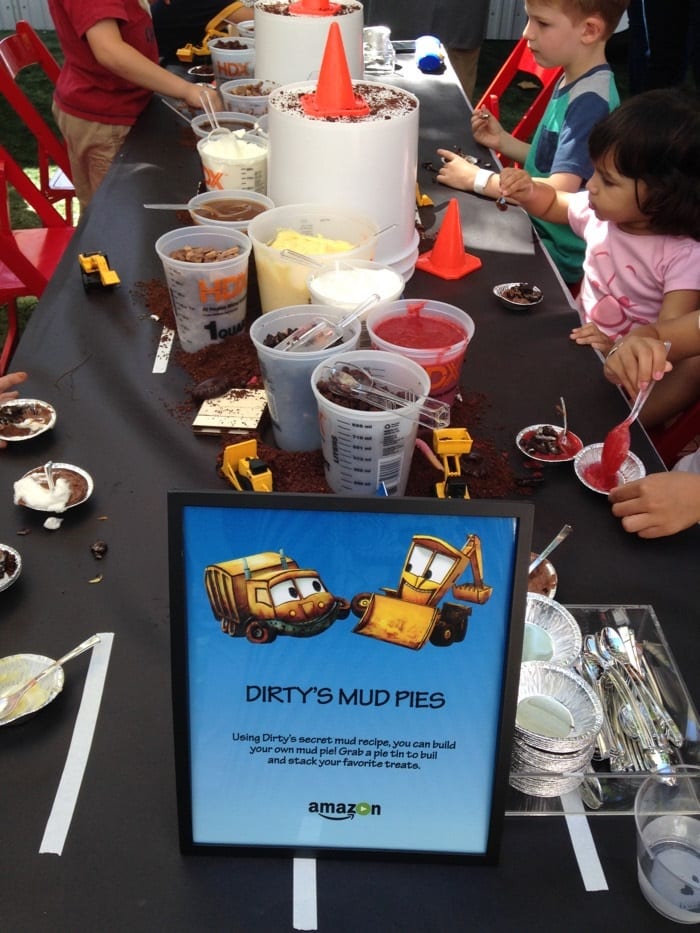 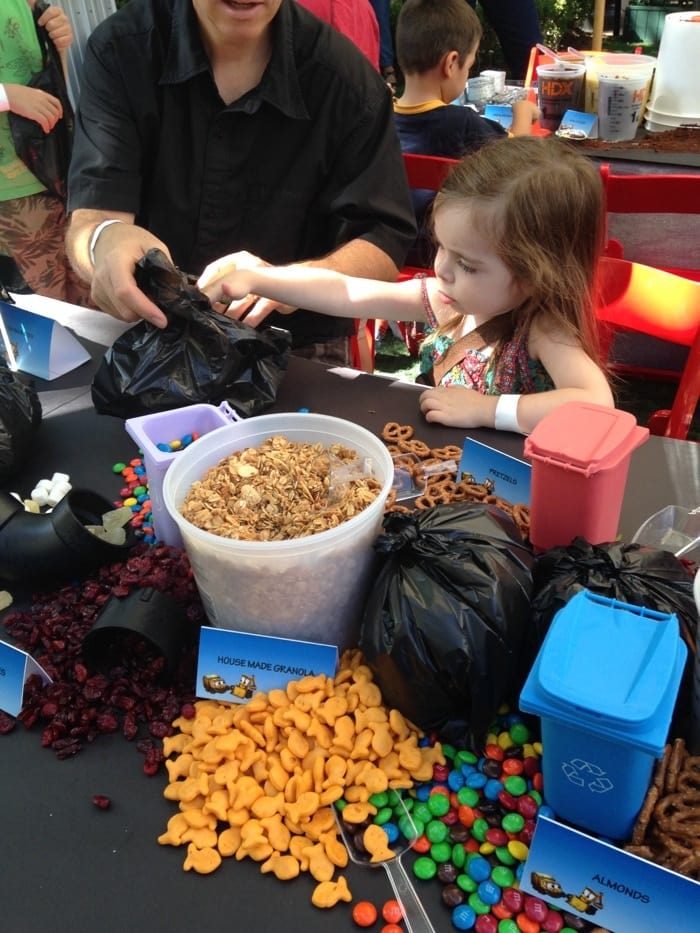 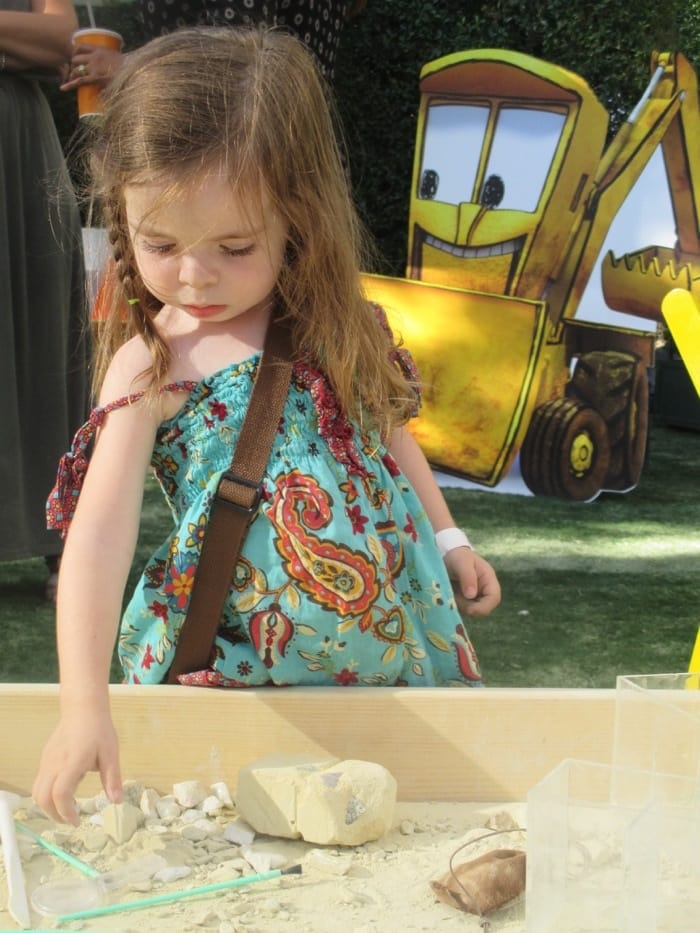 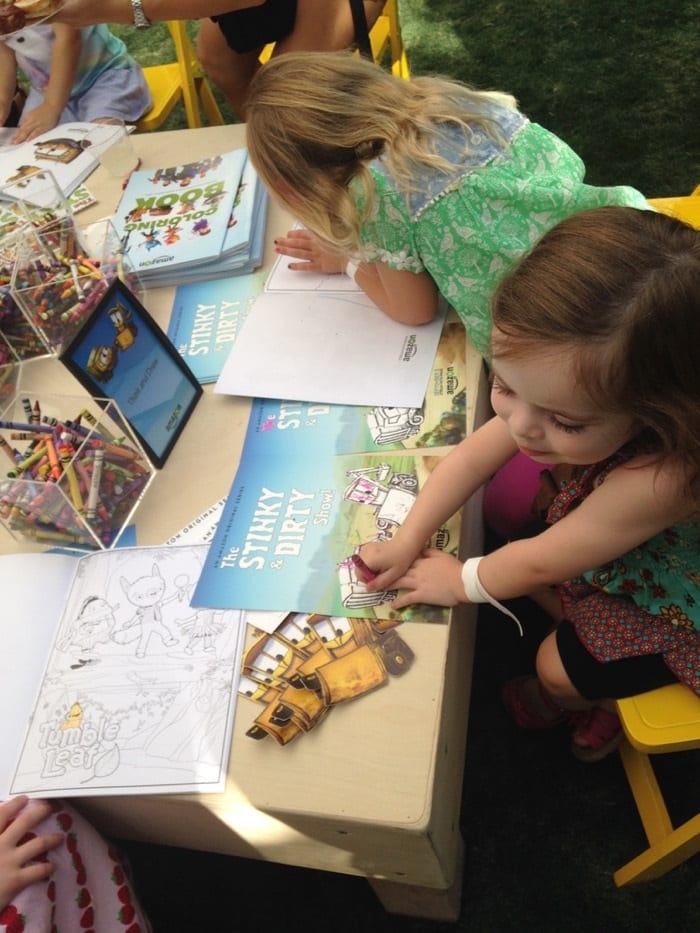 Families were treated to an array of delectable dishes including sliders, poke lettuce wraps and chicken skewers.  The acclaimed folk singer and songwriter Dan Bern, who wrote the original 20 songs for the series (set to be released on Sept. 2), performed a few of his cheery tracks on stage, including the series theme song, “You Can Do It”.  Dan encouraged the kids to join along and gave everyone kazoos to play. 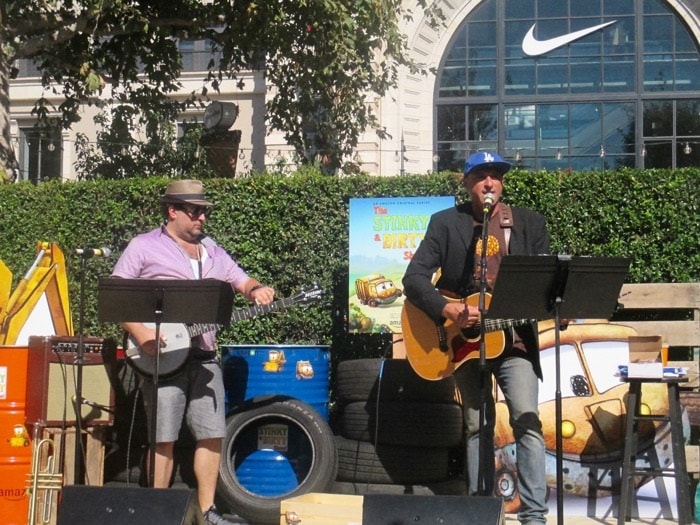 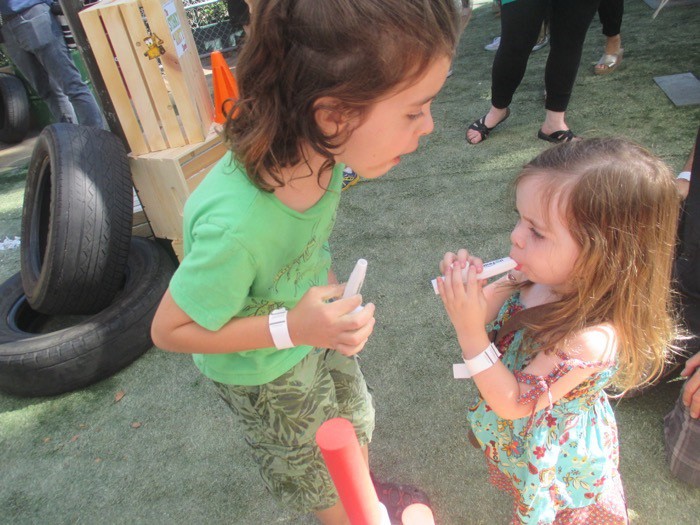 After the mini-concert, my family had the pleasure of meeting the voices behind the characters – Jaden Betts who plays Stinky and Jacob Guenther as Dirty.  Jaden and Jacob were very friendly with our family. 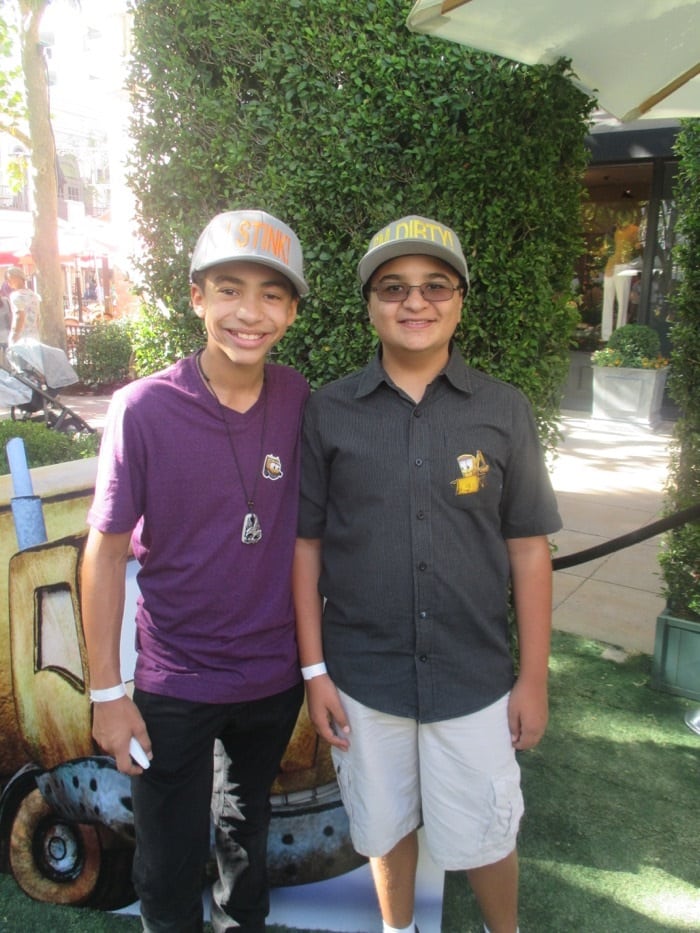 We also got to meet the authors of the original book series – Kate McMullan, the author and her husband, Jim, who does the illustrations.  Kate said it was a great joy to see their books come to life on the big screen and how they too have a 2-year grandchild who knows the books inside and out.  Then Kate and Jim surprised everyone by giving us our very own autographed copy of the book, something we will cherish for years to come. 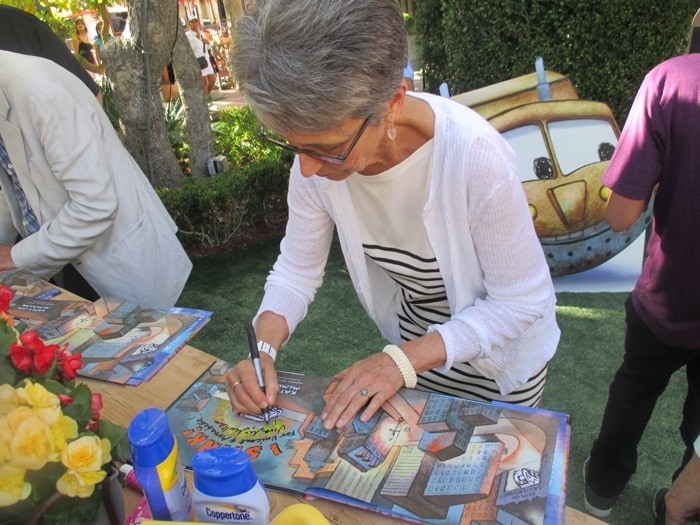 Happy movie watching with your kids!