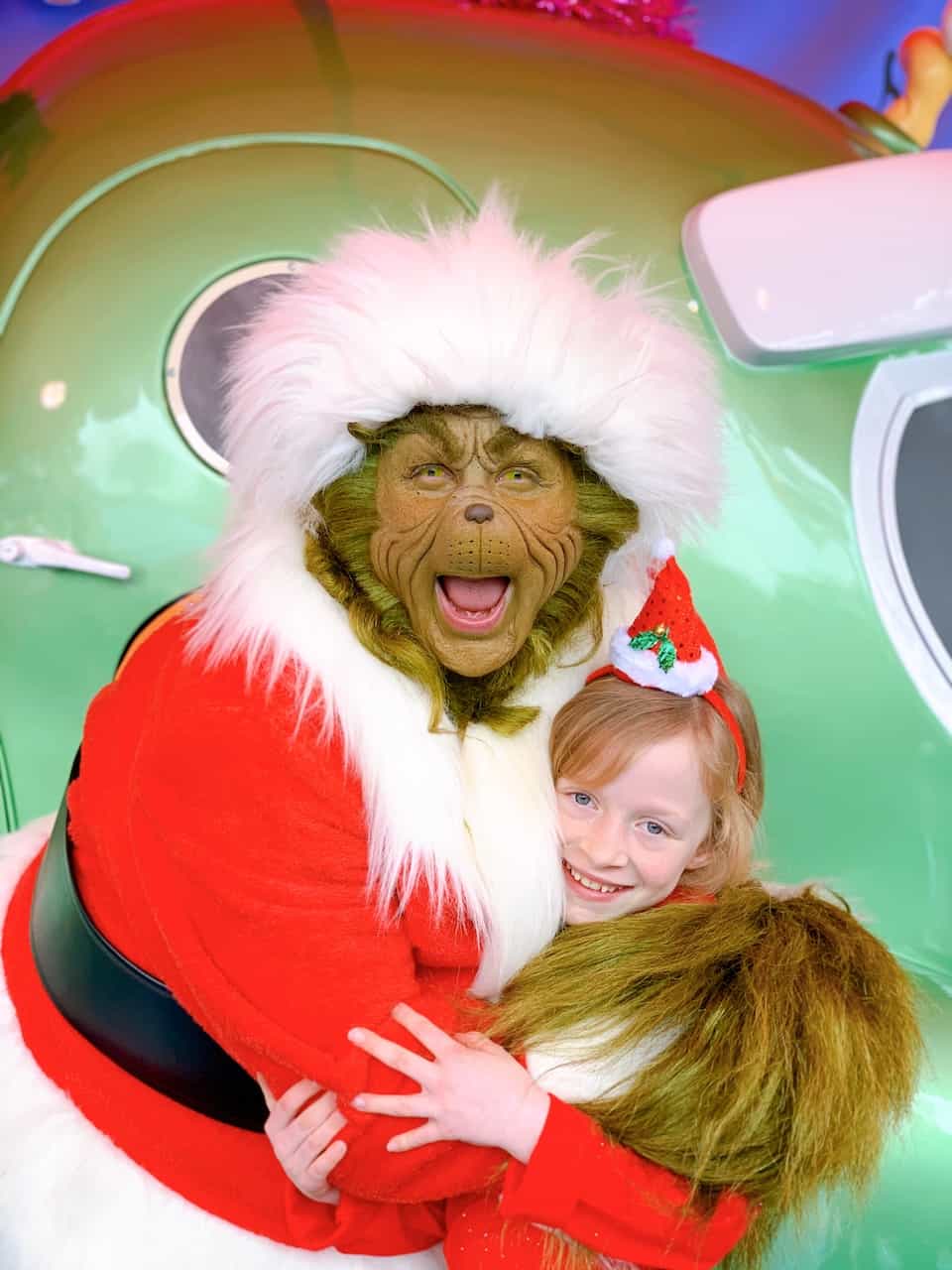 Grinchmas brings the story of How the Grinch Stole Christmas, a classic children’s story by “Dr. Seuss”, to life for those who are young and young at heart.  The story follows the Grinch, a grumpy, solitary creature who attempts to put an end to Christmas by stealing presents and Christmas decorations from the homes of the nearby town Whoville on Christmas Eve.  Miraclously, after befriending a sweet little girl name Cindy-Lou Who, the Grinch realizes that Christmas is not all about presents and feasting.  Suddenly, the The Grinch’s shrunken heart grows three sizes and he has a change in spirit.  Now he loves Christmas! 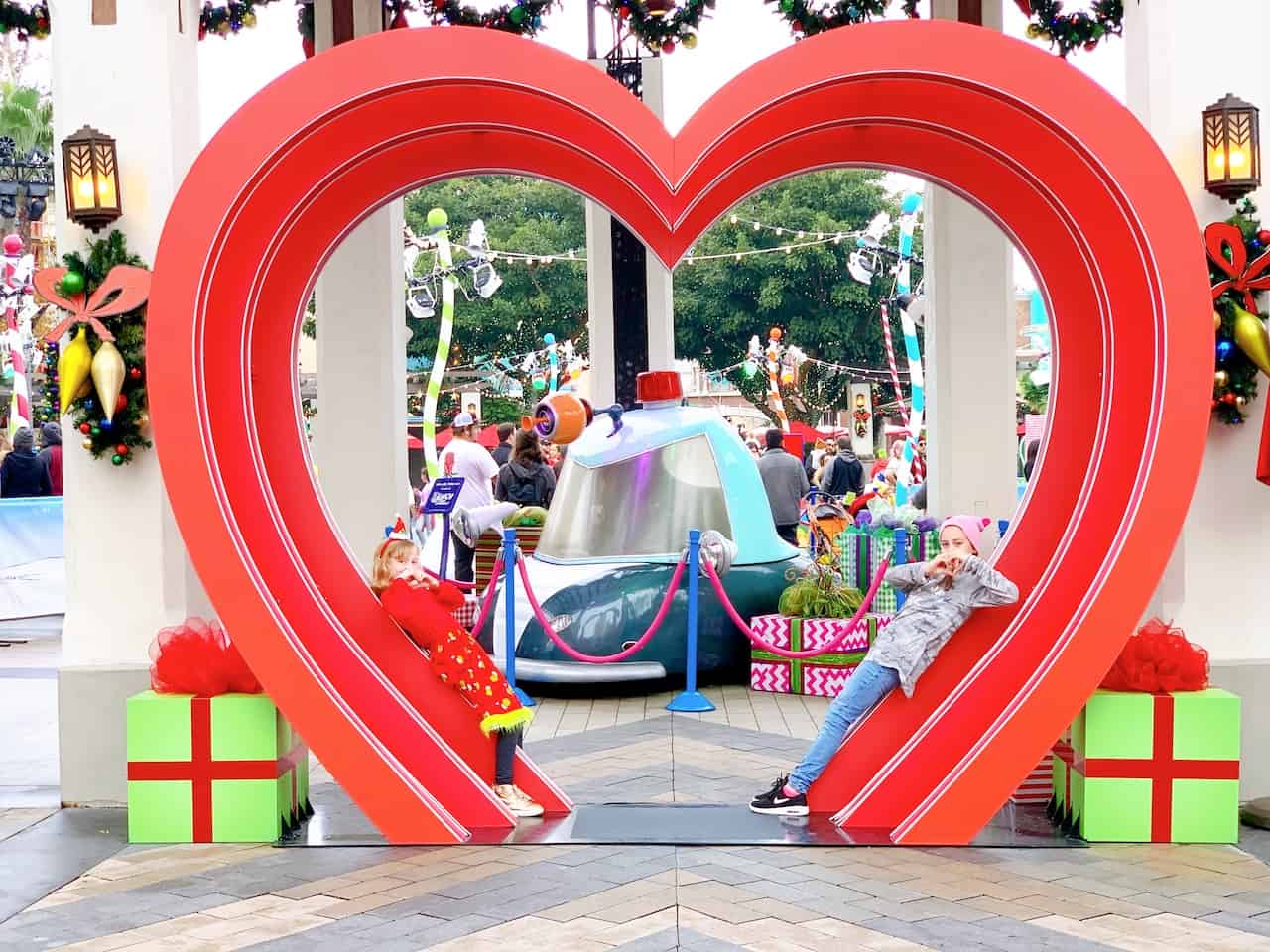 The highlight of Grinchmas for any visitor is to meet the Grinch and other fellow citizens of Who-ville.  In particular, there are three meet-‘n’greet opportunities available at Universal Studios Hollywood.  First off, is the Grinch himself.  The line to meet the Grinch is the longest, peaking at a 90-minute wait during the busiest time of the day.  Therefore, I recommend doing it first thing in the morning when you arrive, and bring a camera along to capture that moment when your child meets the Grinch.  Field Trip Girl’s expression is priceless! 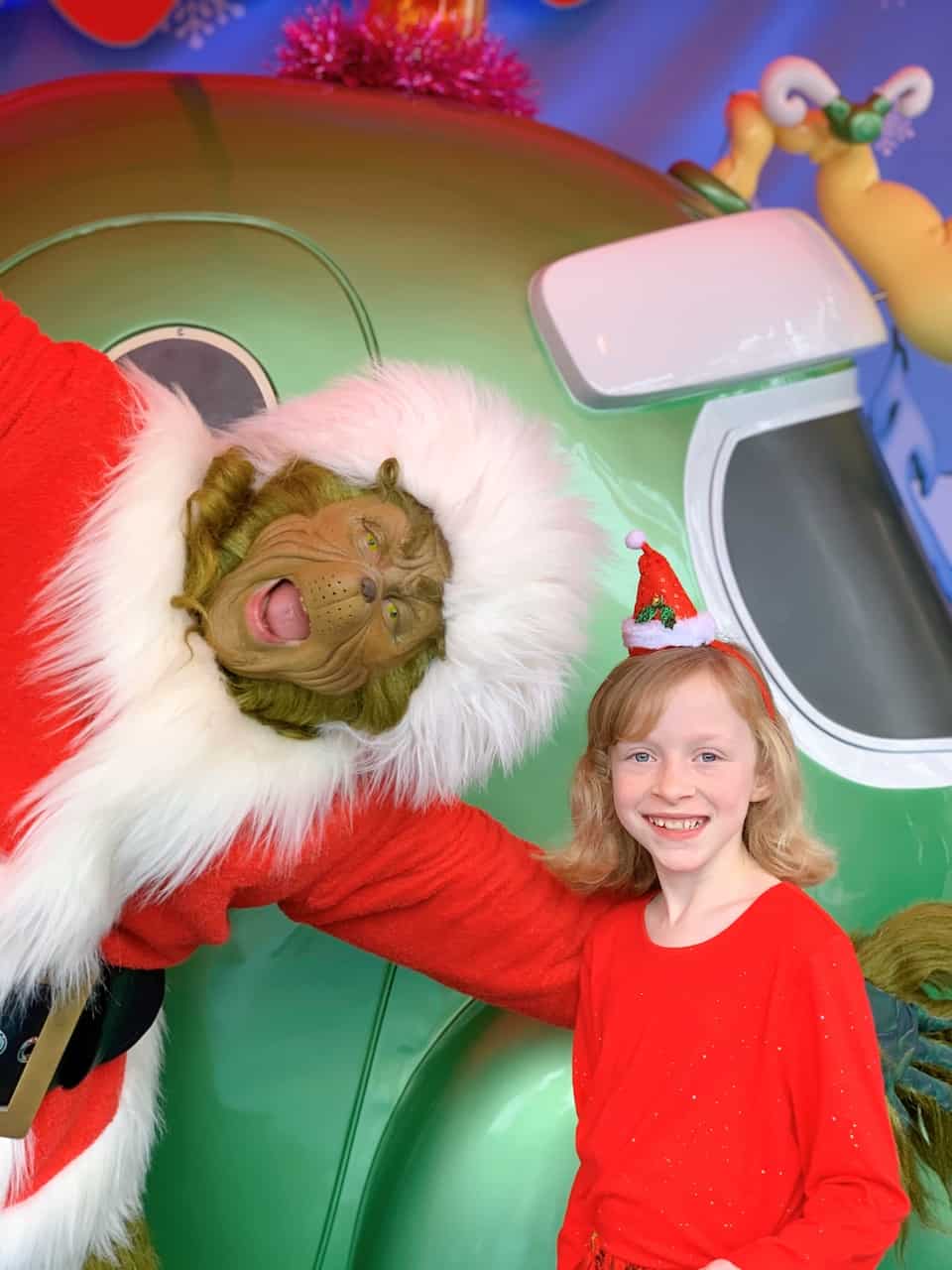 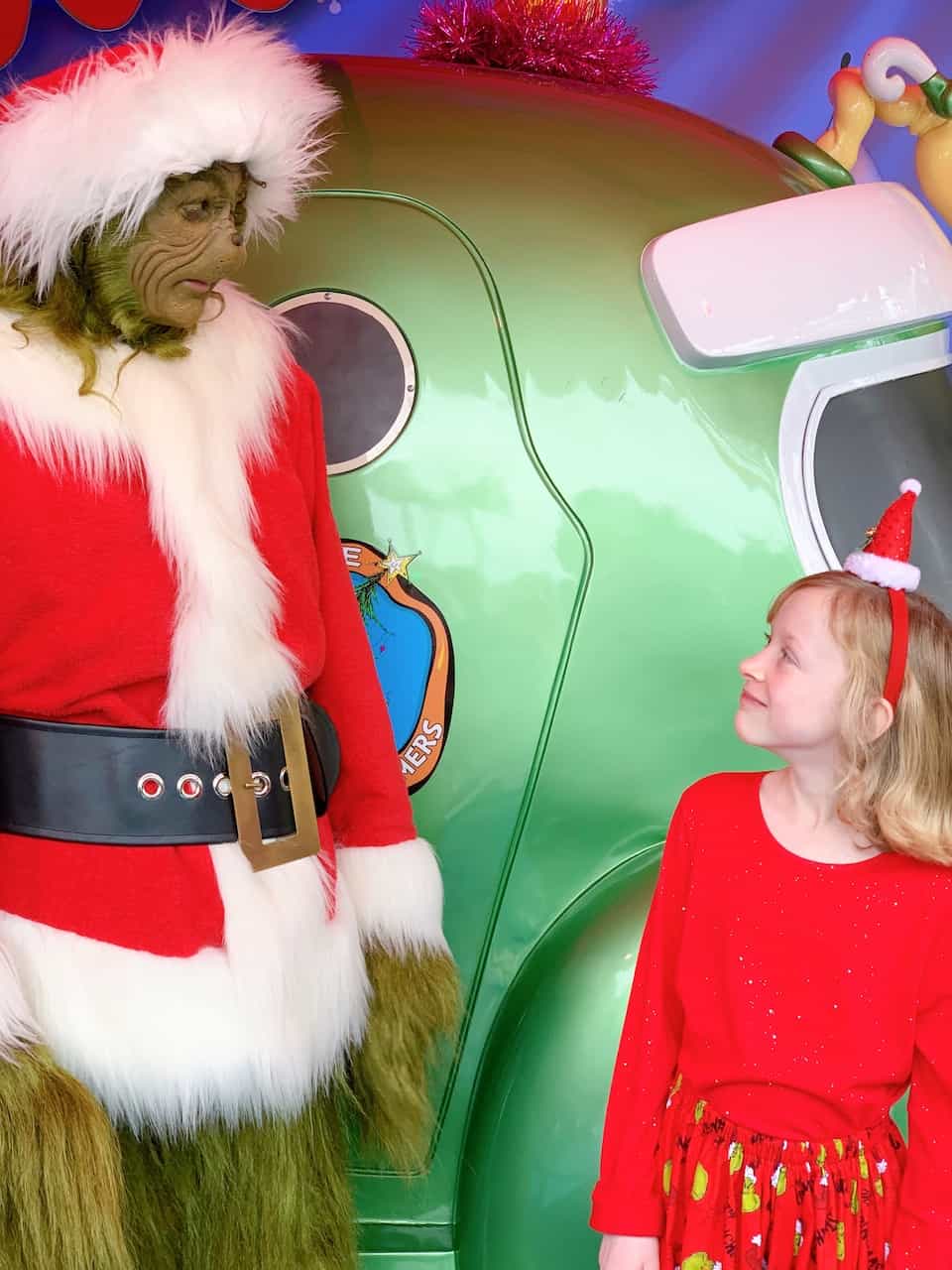 Next up is Max, the Grinch’s dog and only loyal companion.  They live together on Mount Crumpit, a steep high mountain just north of the town of Whoville.  Guests are encouraged to pose for pictures with Max and pet him afterwards.  When not on set in Who-ville, Max is a rescue animal who normally stars in the Animal Actors show. 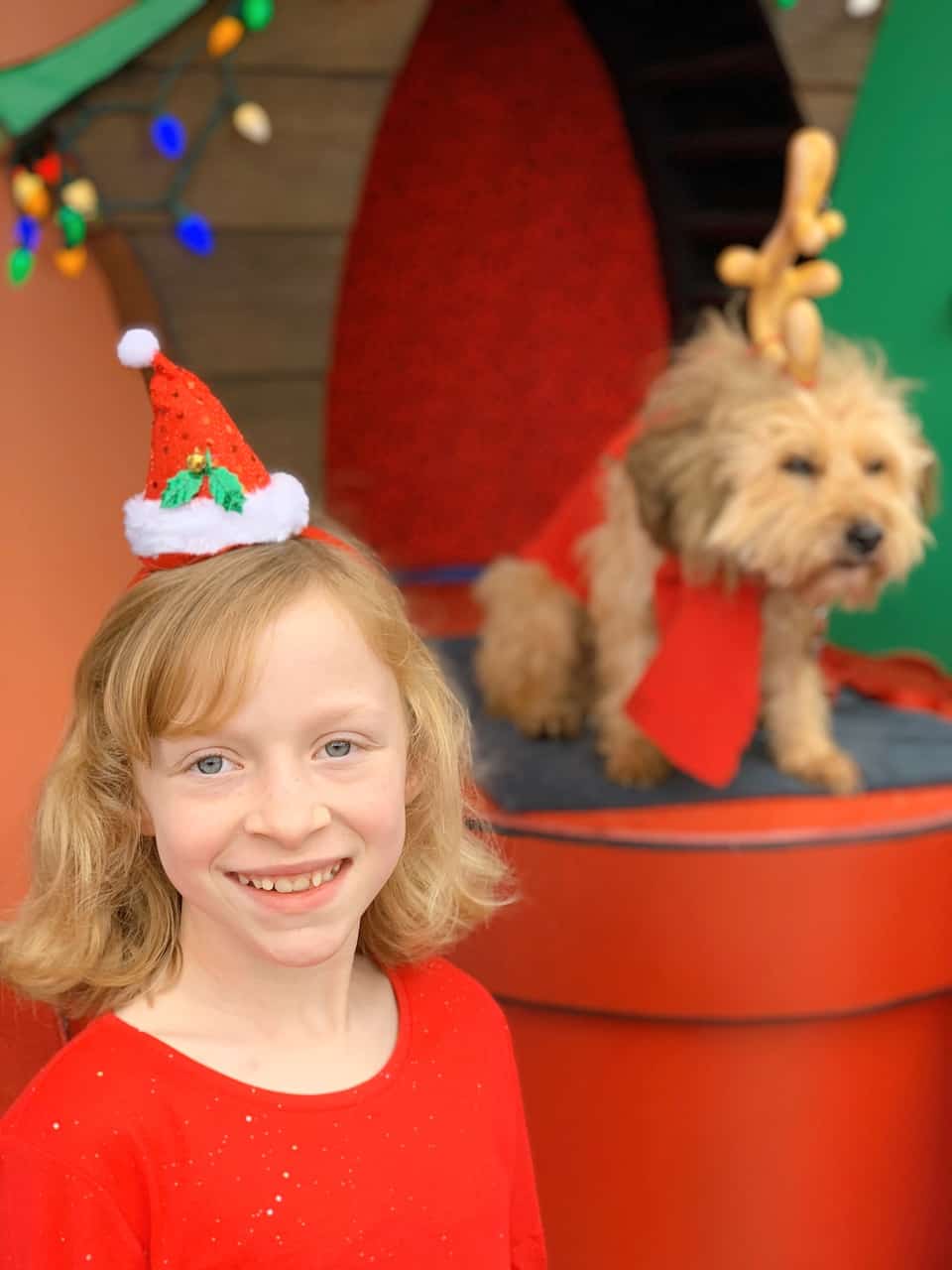 The third character meet and greet opportunity is with Cindy-Lou and her friends from Who-ville.  In the story, How the Grinch Stole Christmas, Cindy-Lou is a young girl who plays a pivotal role in changing the Grinch’s heart from a lump of coal.  In person, she’s a doll!  So, cute and cheery.  We just loved her! 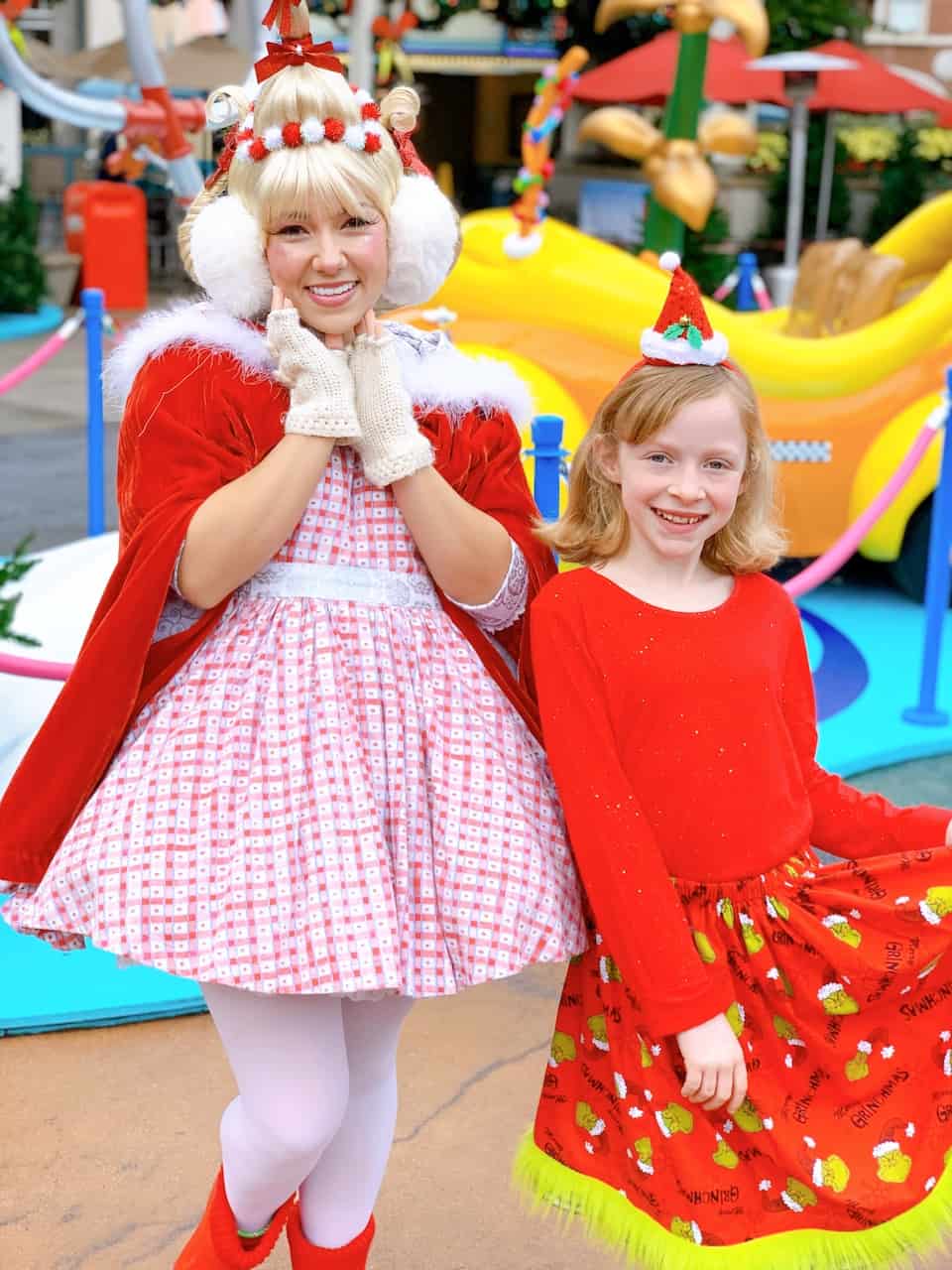 During Grinchmas, my daughter also had a chance to meet Mayor May Who and the Mailman.  Since they roam around Who-ville interacting with guests, it’s much easier to talk with them and take a friendly photo.  Each character has their own unique personality too!  Mayor May Who didn’t quite understand why my daughter wore a skirt with the Grinch on it, since he was the one who wanted to steel Christmas.  And the Mailman was bound and determined to help my daughter write her own letter to Santa.  Of course, it’s all done in the spirit of fun! 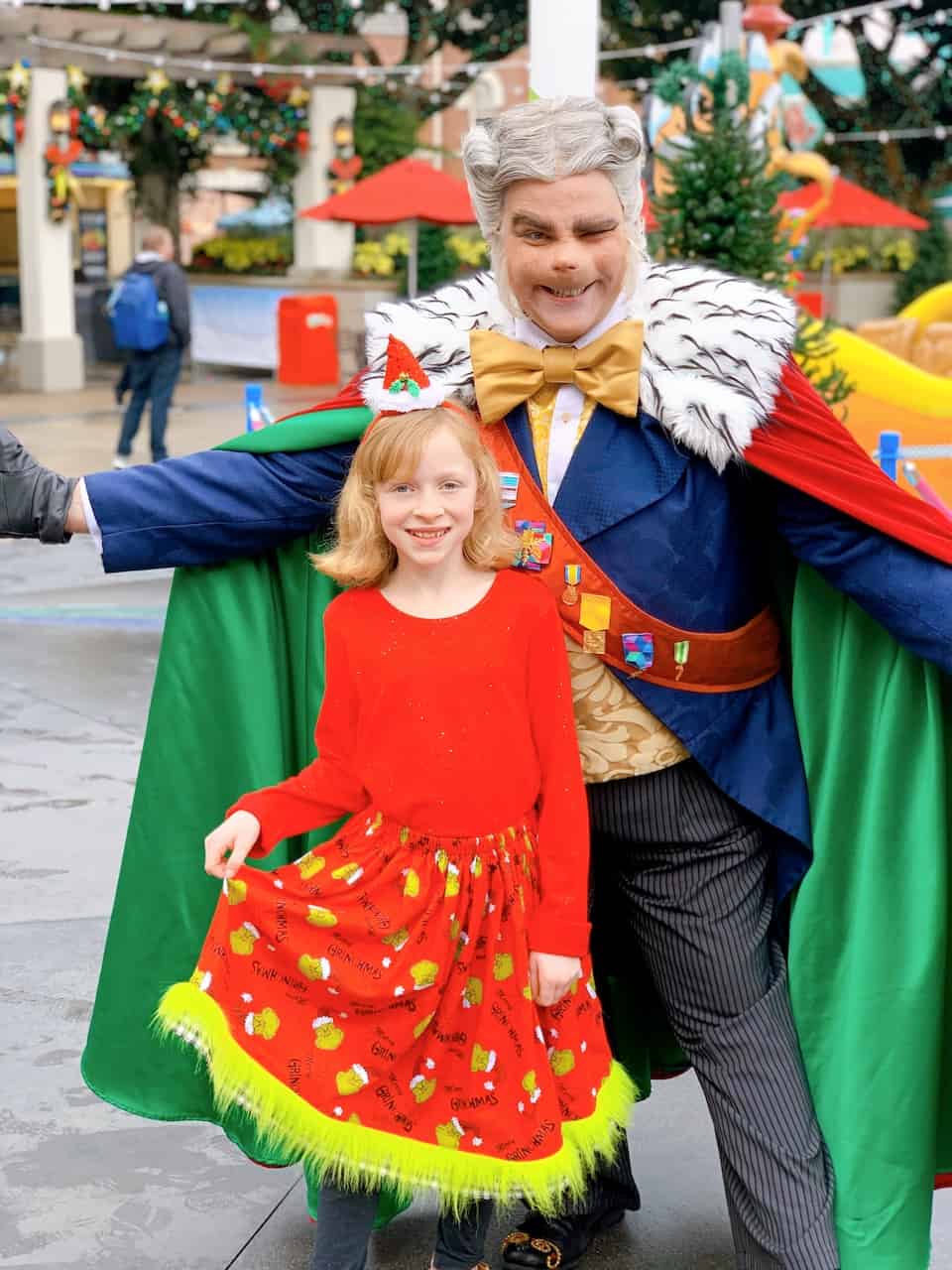 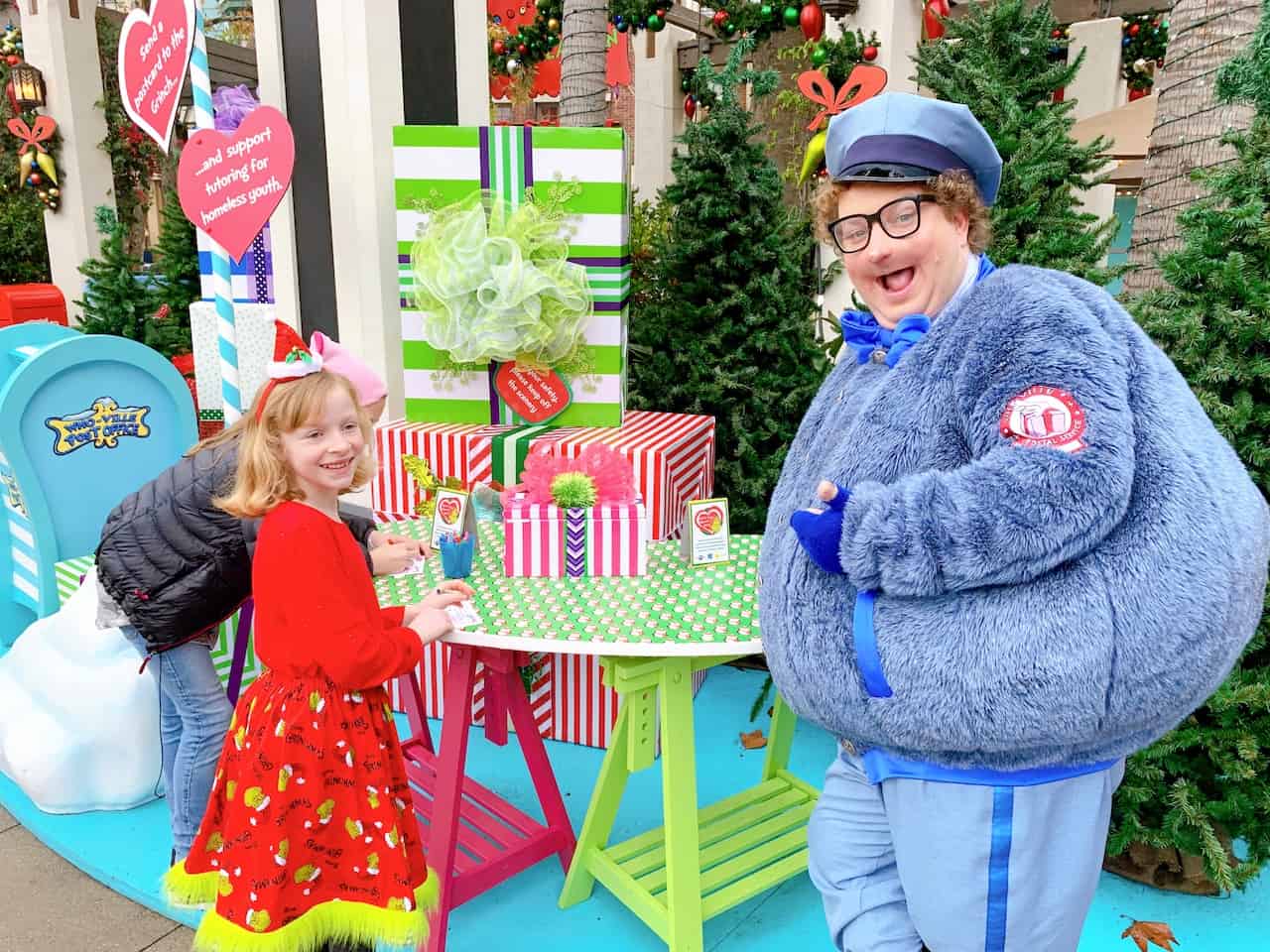 At night, make sure to catch the Grinchmas Tree Lighting Ceremony!  At the center of Whoville is a beautiful crooked Christmas tree that fits right in with the rest of the eccentric town and is quite a glorious sight to behold.   During the 6-minute show, the story of the Grinch is retold and the tree lights up brightly! 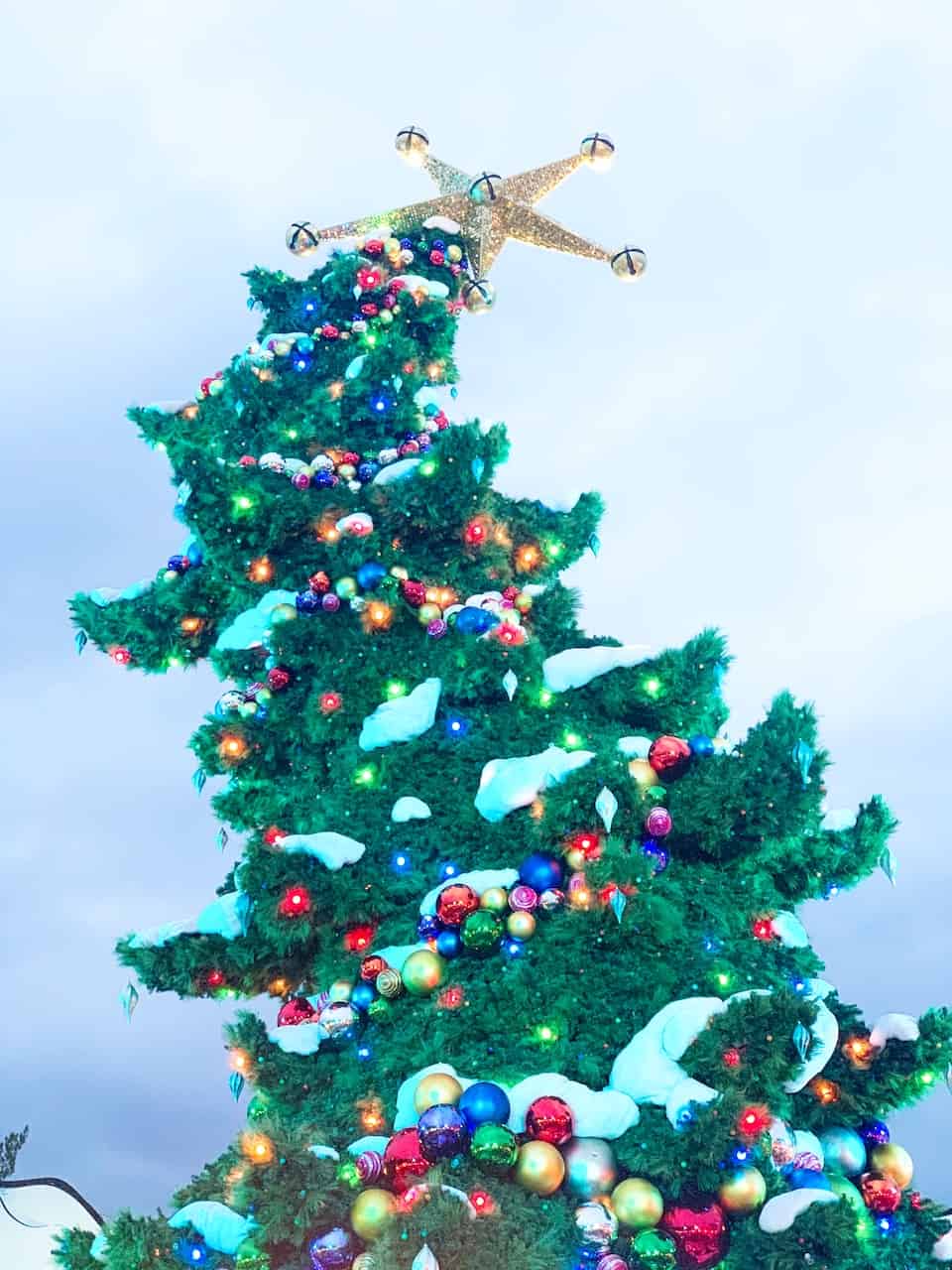 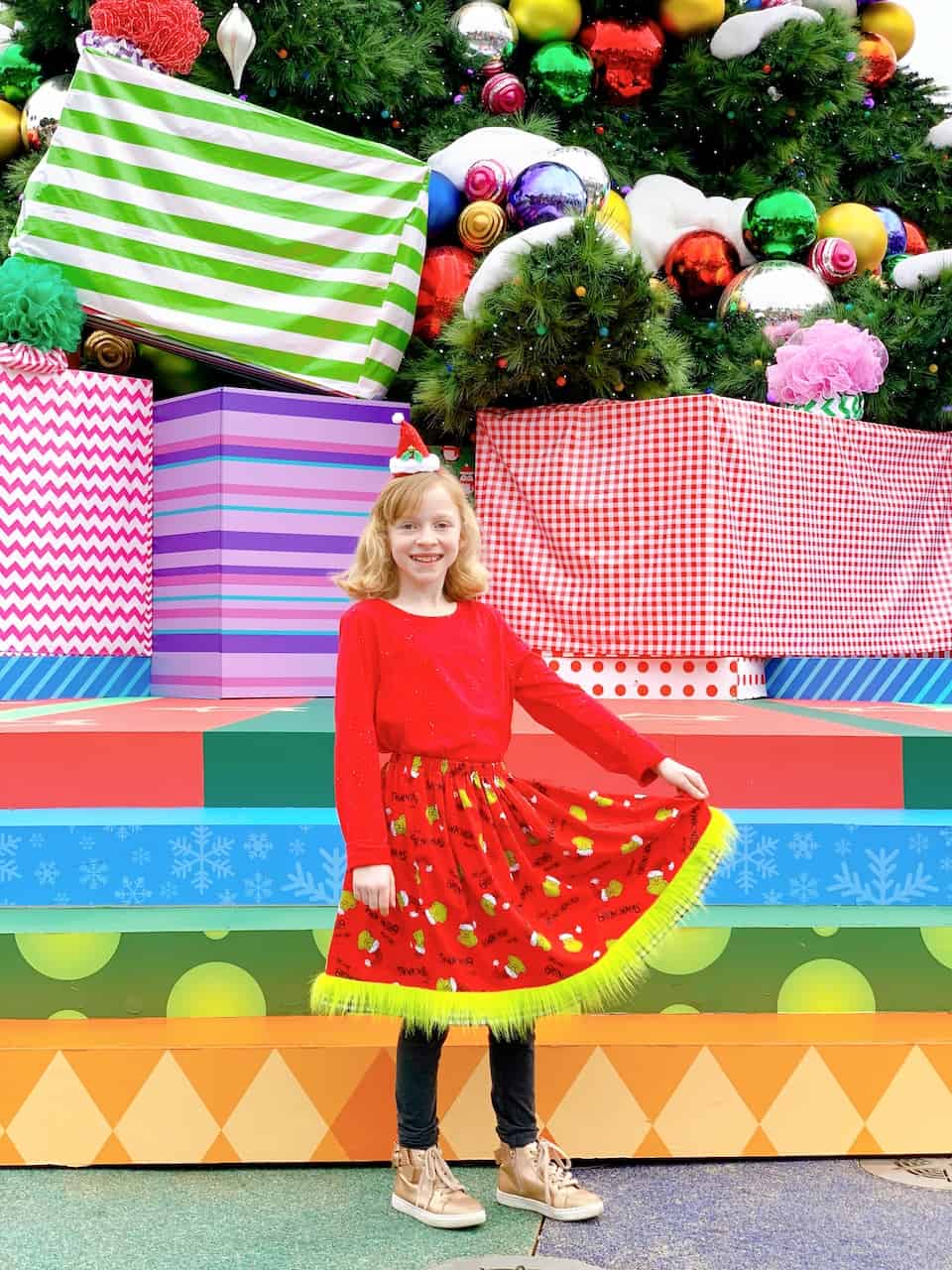 The Magic of Christmas at Hogwarts Castle

The holidays continue over in The Wizarding World of Harry Potter, where guests can enjoy a cup of hot Butterbeer at Three Broomsticks or Hog’s Head pub, while listening to the musical musings of the Holiday Frog Choir.  Field Trip Girl especially enjoyed petting the frogs after the show! 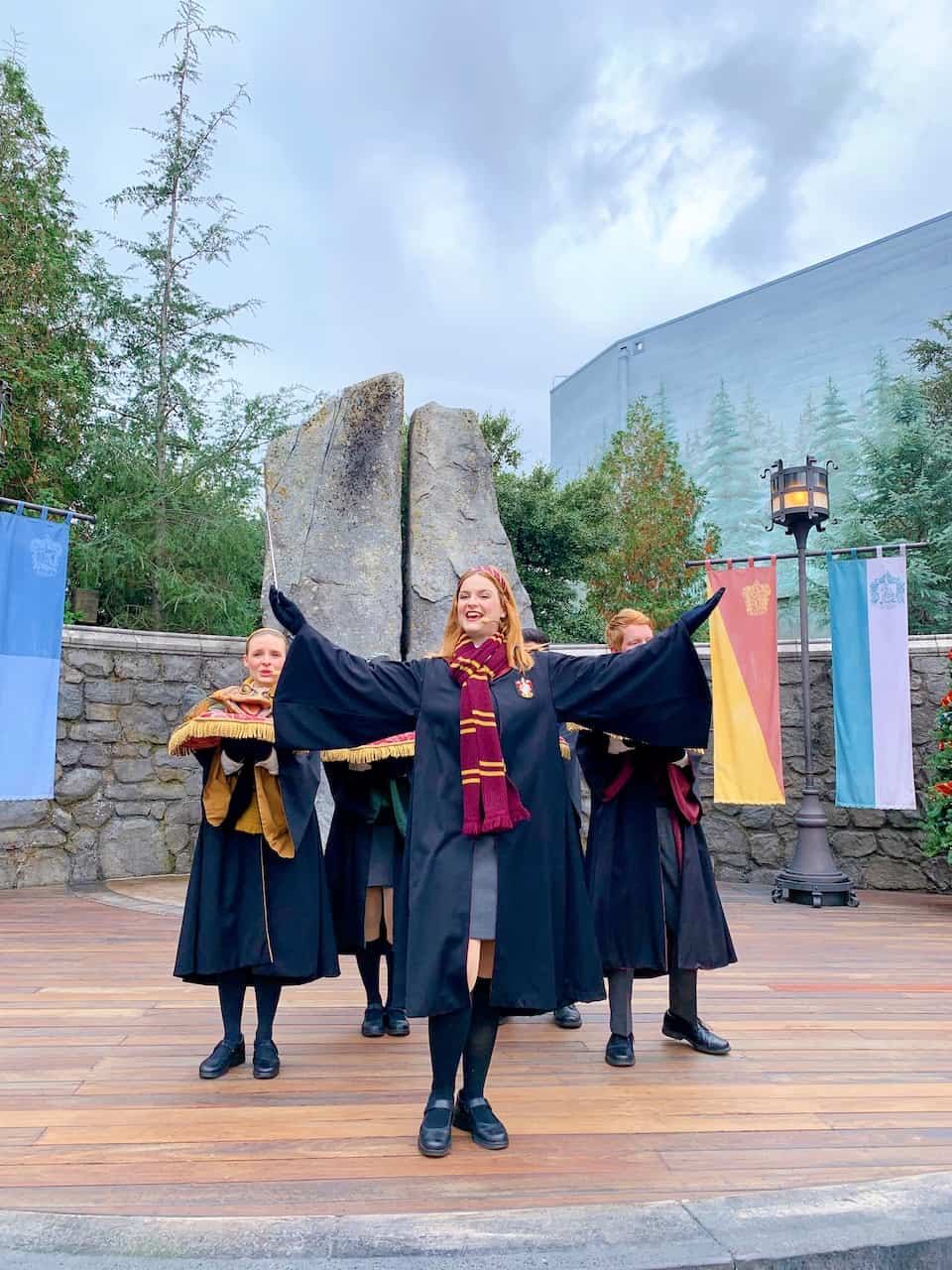 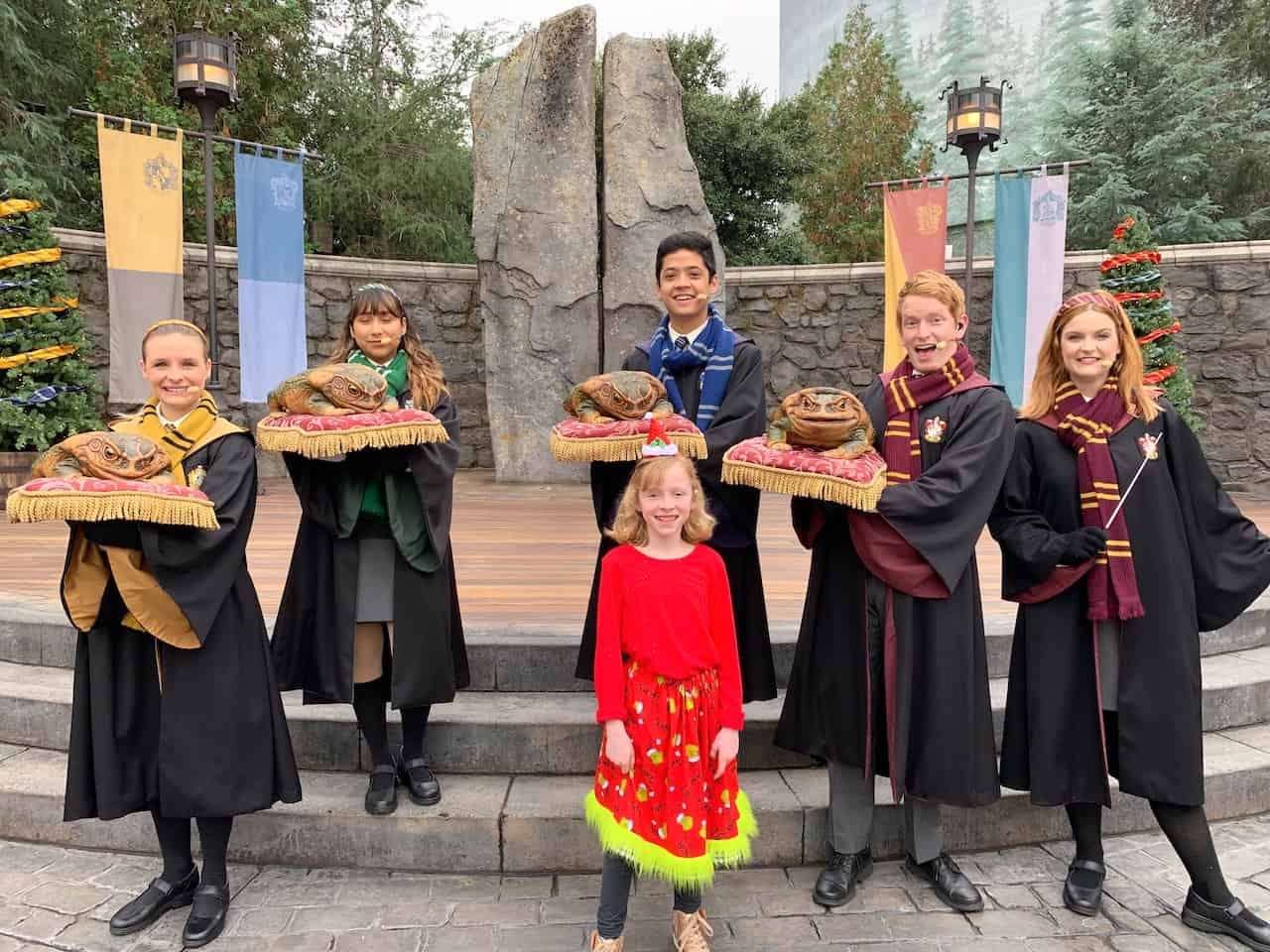 Then as night settles in, the World of Harry Potter transforms into a snowy winter wonderland called The Magic of Christmas at Hogwarts Castle.  During the 7-minute show, the castle is wrapped in the sights and sounds of the season, including a majestically-large Christmas tree, the Hogwarts ghosts singing carols, a recreation of the Yule Ball, and students riding broomsticks and creating snowmen. 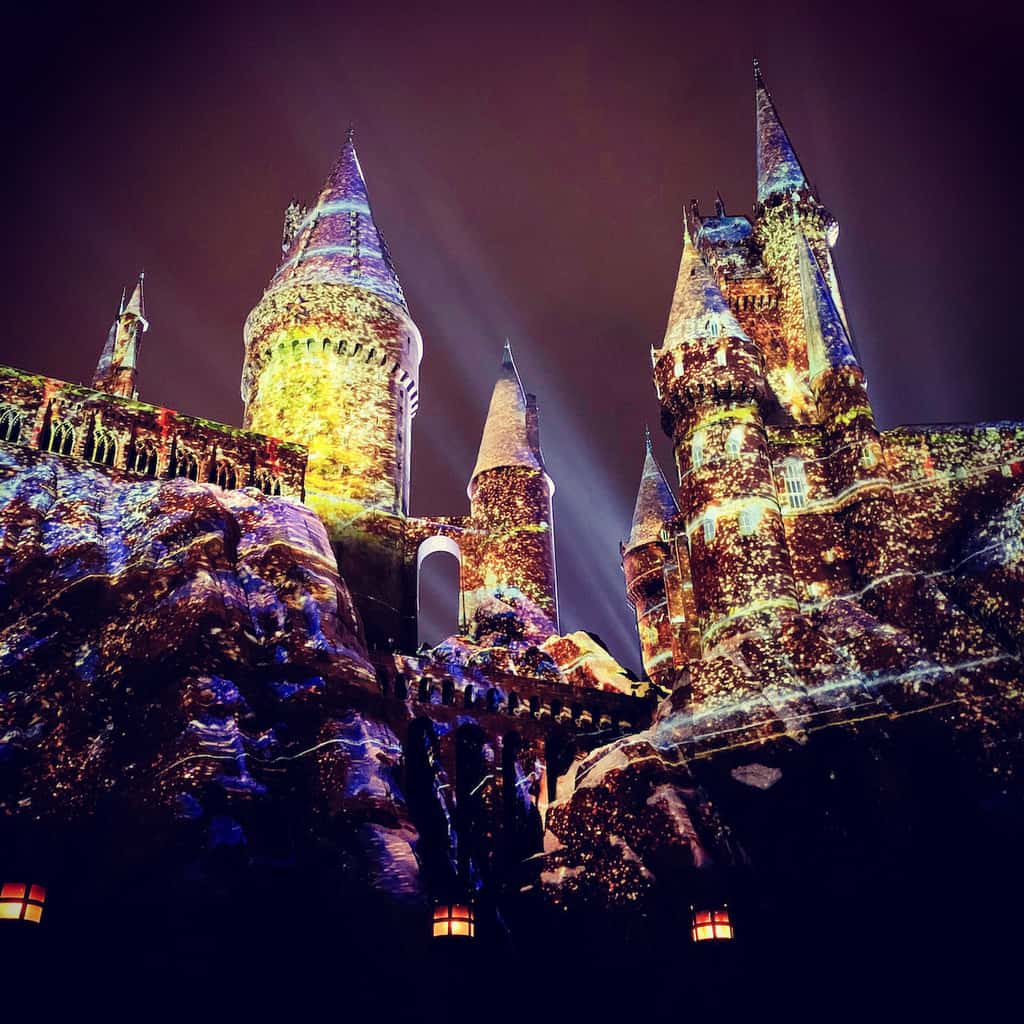 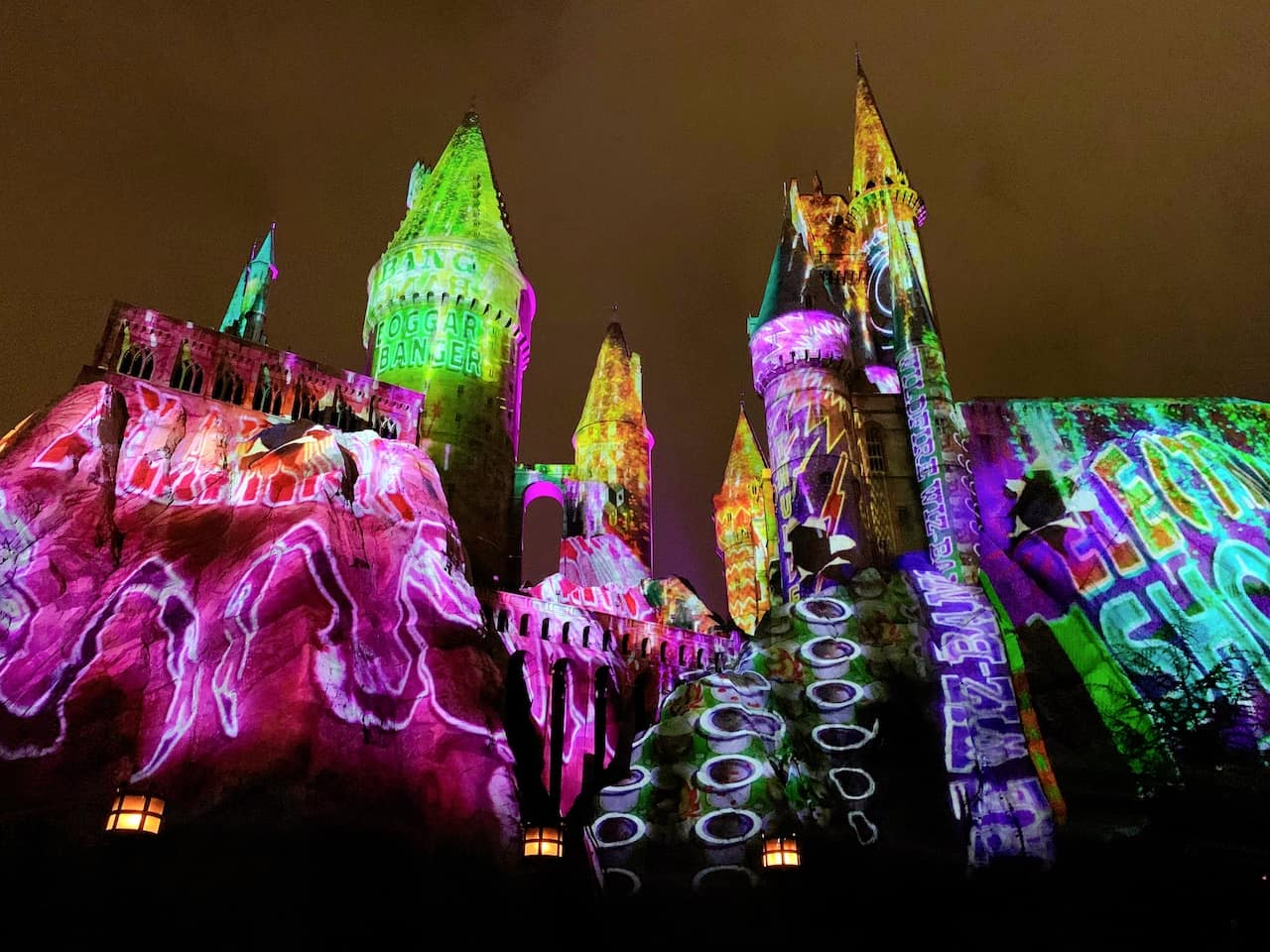 In 2019, Grinchmas at Universal Studios Hollywood runs from November 28 until December 29.  Grinchmas and The Magic of Christmas at Hogwarts Castle is included in the price of admission.