I’ve partnered with Word Entertainment for this sponsored review.  All opinions are my own.

Today, the hearts of Southern Californian residents are hurting.  We are saddened by the news that on Thursday morning an active shooter took 12 lives at the Borderline Bar & Grill in Thousand Oaks.  Later on that day, we learned that residents in Ventura County were grappling with a wildfire that had just broken out.  As of today, The Woolsey Fire has exploded to 14,000 acres in Los Angeles and Ventura counties, and fire officials say the relentless blaze is continuing to grow.

Southern Californians have a reason to fear and it is normal.  Fear is an emotion that protects us from the threats in our surroundings.  Furthermore, the majority of us are fearful of the same things  including the fear of failure, the fear of the unknown and the fear of being alone.

Own It by Francesca Battistelli

Christian Recording Artist, Francesca Battistelli, shares a meaningful message of hope for those of us who suffer in fear, in her new album titled Own It released nationwide on October 26. 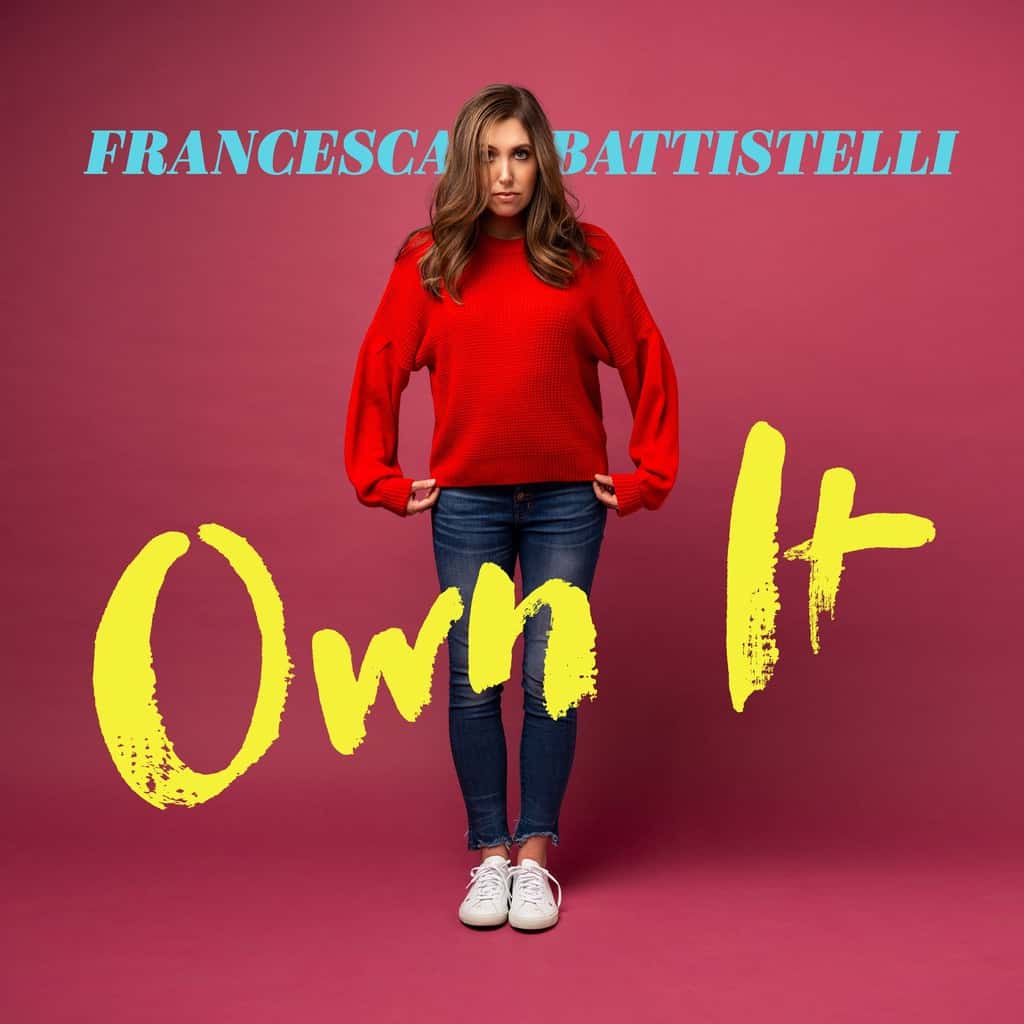 Own It is the follow-up to Battistelli’s 2014 GRAMMY®-nominated album If We’re Honest featuring the GRAMMY-winning song “Holy Spirit.”  I personally own both albums and love them equally.

I believe Battistelli is a prolific song writer who knows exactly how to tug at a one’s heart.  As a popular songstress, Battistelli co-wrote nine of the ten songs found on Own It including her debut song “The Breakup Song”.  When discussing her latest album, she said, “These songs are so empowering.  What they represent to me is my desire to own my identity in Christ, to kick fear out of my life, to own the present moment and not live in the past or even the future.  I don’t want to walk in half of what God has for me.  I want to walk in all of it.  I want to own it!  And I want that for everyone who listens too.”

The Breakup Song by Francesca Battistelli

The first time I heard the “The Breakup Song”, I was sitting in my car listening to the radio and worrying about where my son would go to school next year.  Based upon his unique needs, I didn’t know where to look or even where to start.  That’s when the words of “The Breakup Song” touched my heart.

Fear, you don’t own me
There ain’t no room in this story
And I ain’t got time for you
Telling me what I’m not
Like you know me well guess what?
I know who I am
I know I’m strong
And I am free
Got my own identity
So fear, you will never be welcome here

I was fearful of the unknown.  Insecure about my own abilities to make wise decisions for my son’s future.  After listening to “The Breakup Song”, I knew that God had entrusted me with His wisdom and that fear had no place in my son’s story.  The Lord was ultimately in control.

Another song on the album that I personally relate to is called “Royalty”.  Too many times in our society we teach our children that they are not valuable enough, strong enough or wise enough to accomplish their goals.

However, 1 Timothy 4:12 says otherwise.  “Let no one despise you for your youth, but set the believers an example in speech, in conduct, in love, in faith, in purity.”   This is what I aim to teach my own children; that they have a divine purpose in their life and are part of God’s royal family.  We all are!  It’s a positive message I want to keep on spreading.

Own It Full Tracklisting