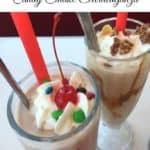 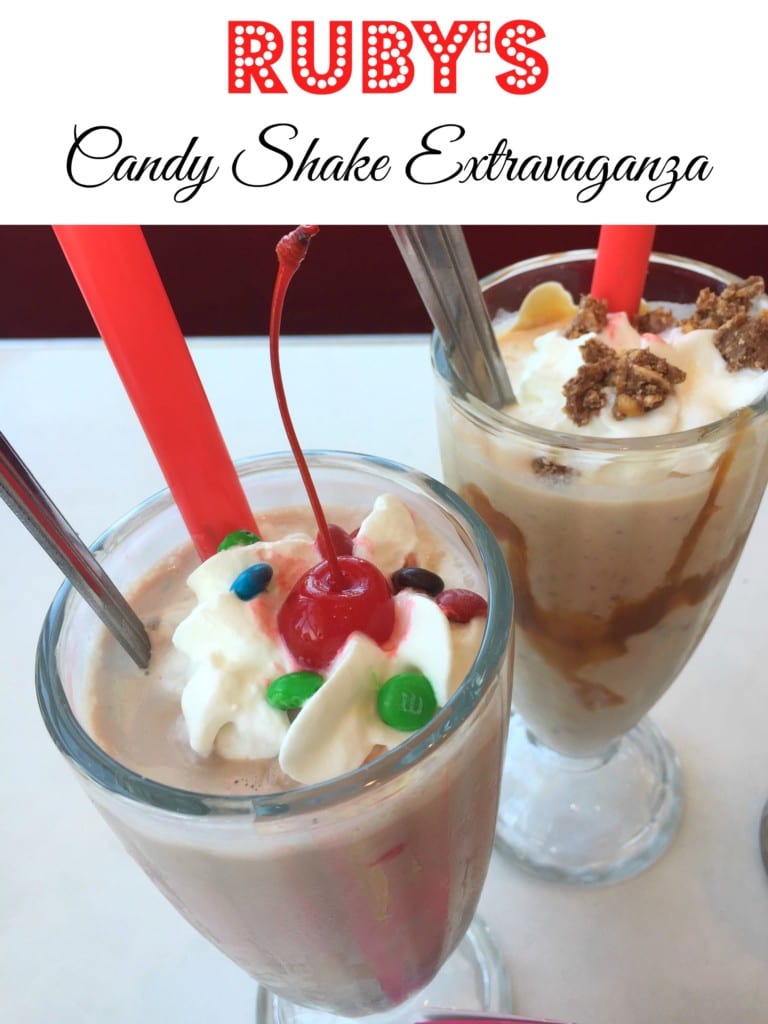 For years, my family and I have been going to Ruby’s Diner for breakfast, lunch and dinner.  Ever since Field Trip Boy was a baby, I have enjoyed watching him look up and stare at the various trains, planes and automobiles that go by.  My daughter, on the other hand, prefers to put together one of the classic car kits that comes with each kid’s meal.  Basically, between Ruby’s family friendly atmosphere and wide variety of menu selections, you can’t go wrong dining here.

With summer just around the corner, Ruby’s Diner recently introduced a new line of summer menu items.  So last Sunday after church, my family and I went to check them out.

Upon arrival, we were served up a tasty new poke appetizer.  This deliciously prepared Ahi Poke appetizer came complete with fresh-diced Ahi Tuna and onions drizzled in a ginger, sesame-soy marinade and served on top of three crispy wontons with green onions. 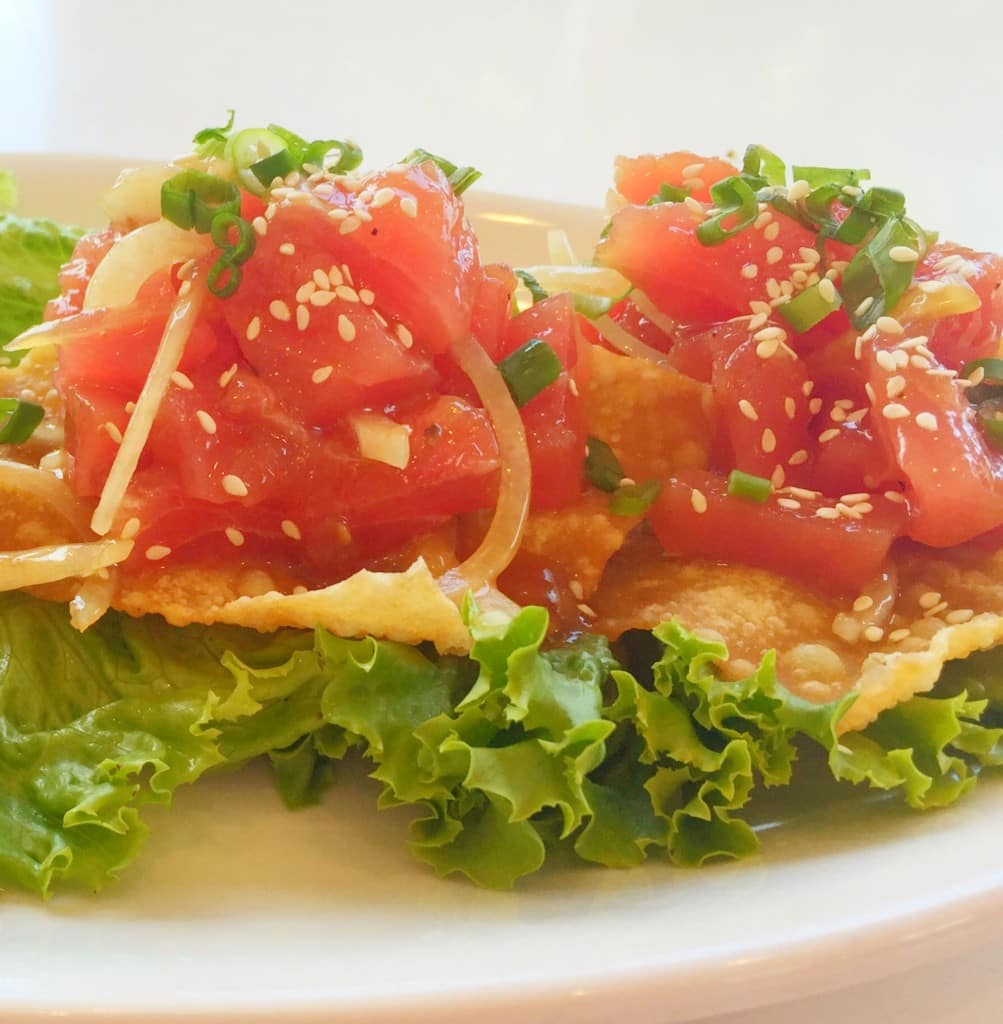 I thought the appetizer was large enough to serve all four of us, but apparently Mr. SoCal Field Trips didn’t thing so!  He ate all three wontons in under 10 minutes!  So if you go to Ruby’s with a large party, make sure to order more than one of these appetizers. 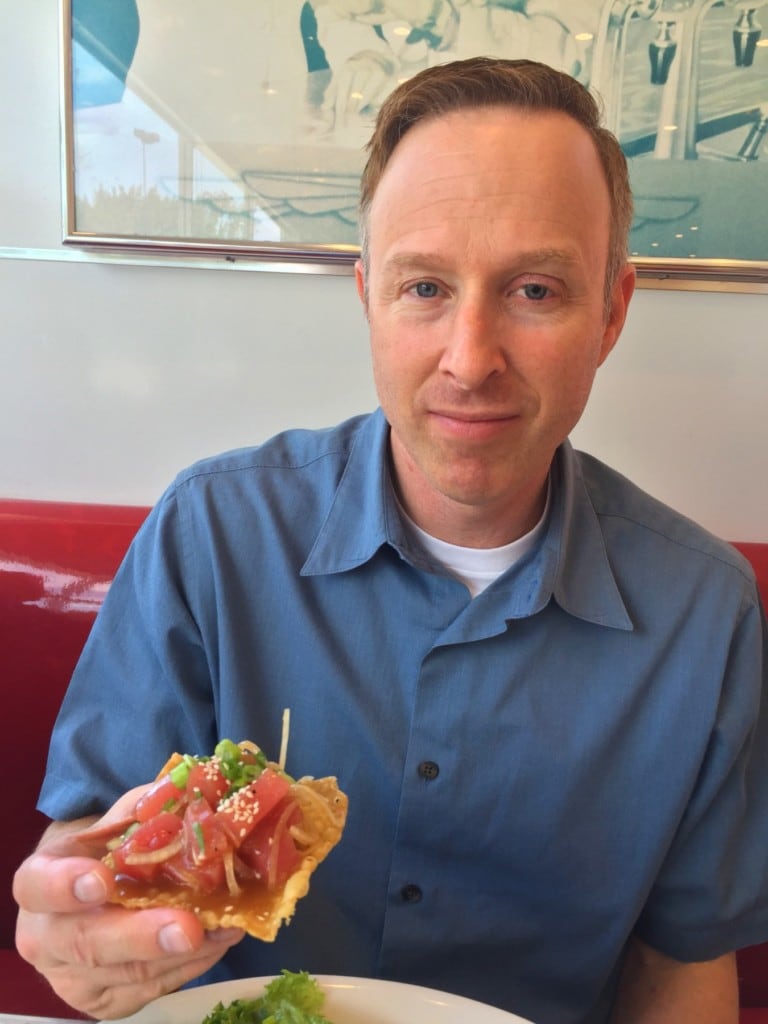 Next up, our waiter brought out the new Ruby’s Sliders to try.  Every plate was small in size, but big on flavor!  We each sampled the American, Southwest and Hickory Sliders.

My personal favorite were the American Sliders.  Since I am more of a ‘meats and potatoes’ type of girl, these particular sliders hit the spot.  They were super-juicy and made with all-natural USDA choice beef.  They were served sizzling hot on grilled Kings Hawaiian Sweet Rolls (my mamas favorite) and topped off with tasty ruby sauce and caramelized onions.  Can you say D-E-L-I-C-I-O-U-S! 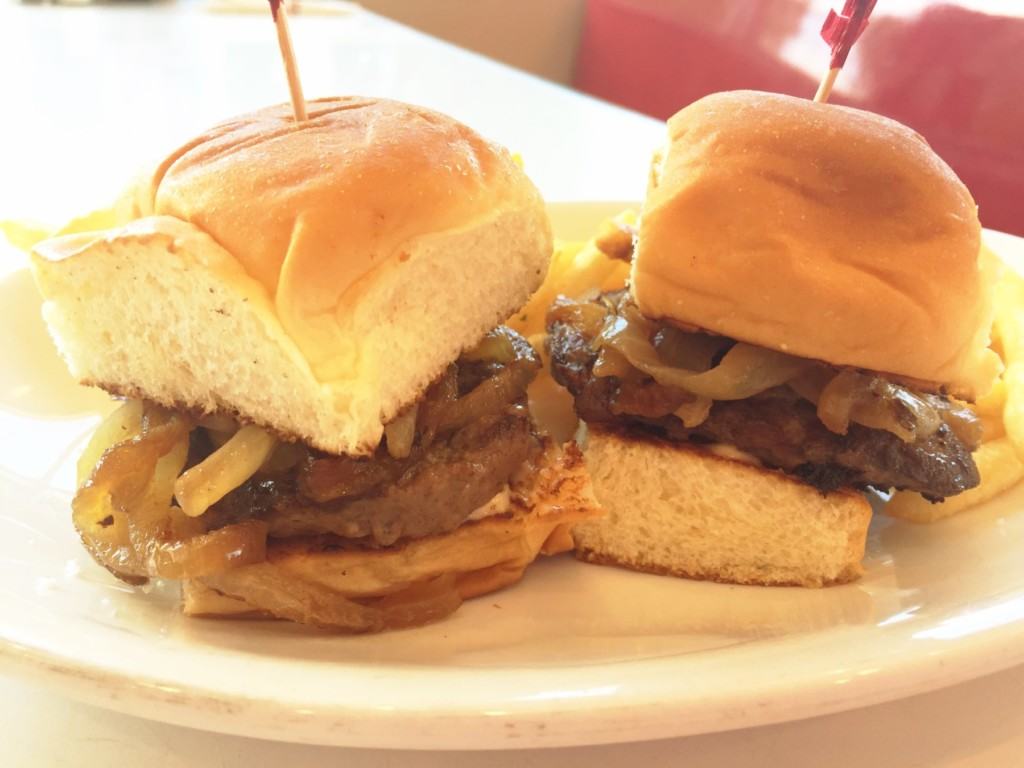 After the American Sliders, we moved right along and taste tested Ruby’s new Southwest Sliders.  Beware though, you might need to call in the fire trucks for these ones!  If you like spice, then you will definitely like these Cajun spiced all-natural beef patties served with pepper jack cheese, salsa, and chipotle mayo and topped off with their deliciously addictive Ruby’s hot sauce.

Finally, we finished off our ‘sliders tasting extravaganza’ with a bite of Ruby’s new Hickory Sliders!  If you love all-things-BBQ, then these little guys are perfect for your appetite.  They are made with all-beef patties, cheddar cheese, onion rings, bbq sauce, topped with tasty ruby sauce and crispy bacon.  They are outstanding! 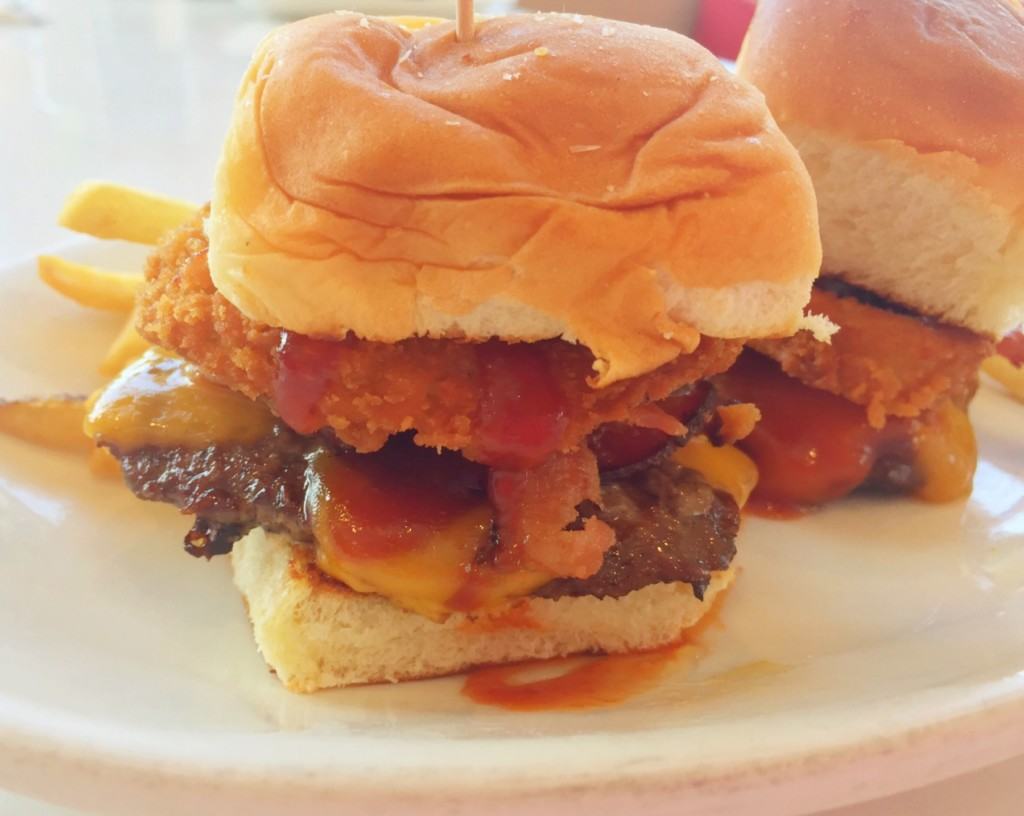 However, no one can leave Ruby’s Diner without trying at least ONE of the new shakes from Ruby’s Candy Shake Extravaganza collection.   So I ordered the Butterfinger shake.  It was delicious, rich and a little bit crunchy all at the same time. 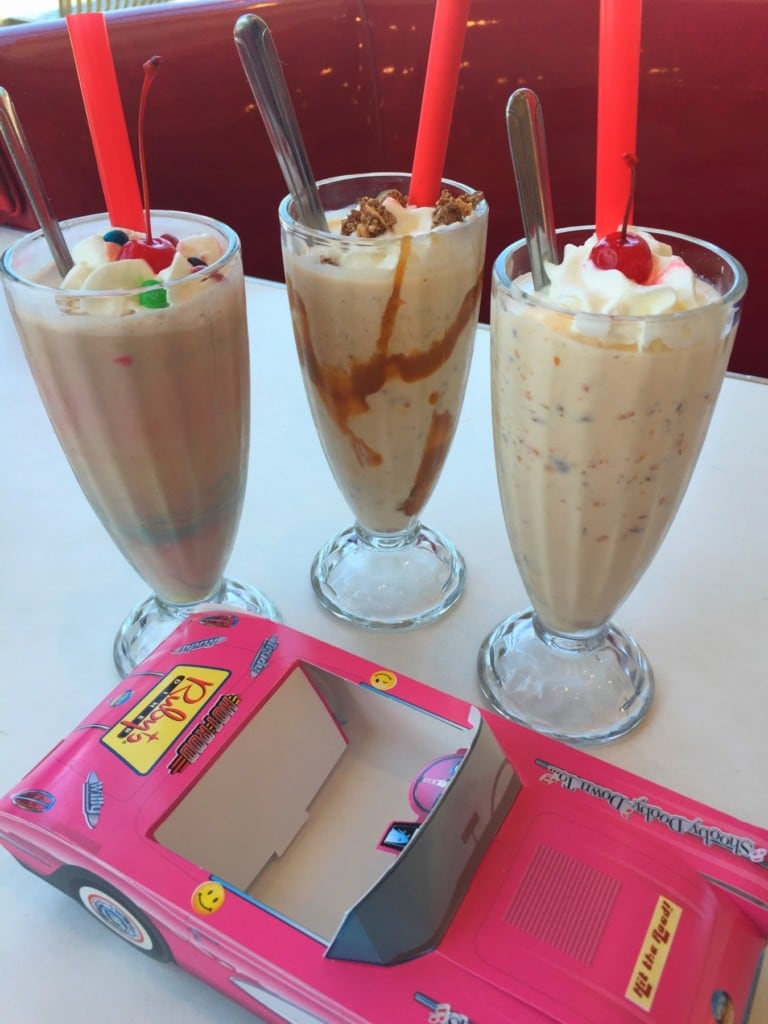 Field Trip Girl ordered the M&Ms shake.  This little taste of heaven was served with vanilla ice cream and mounds and mounds of M&M morsels. 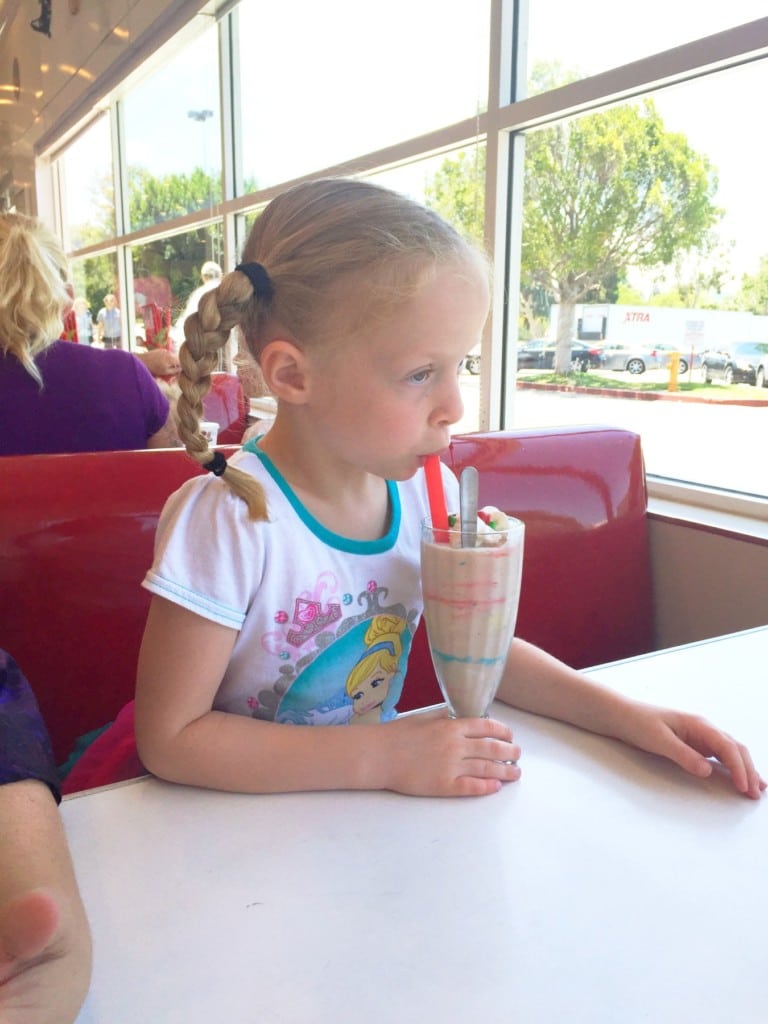 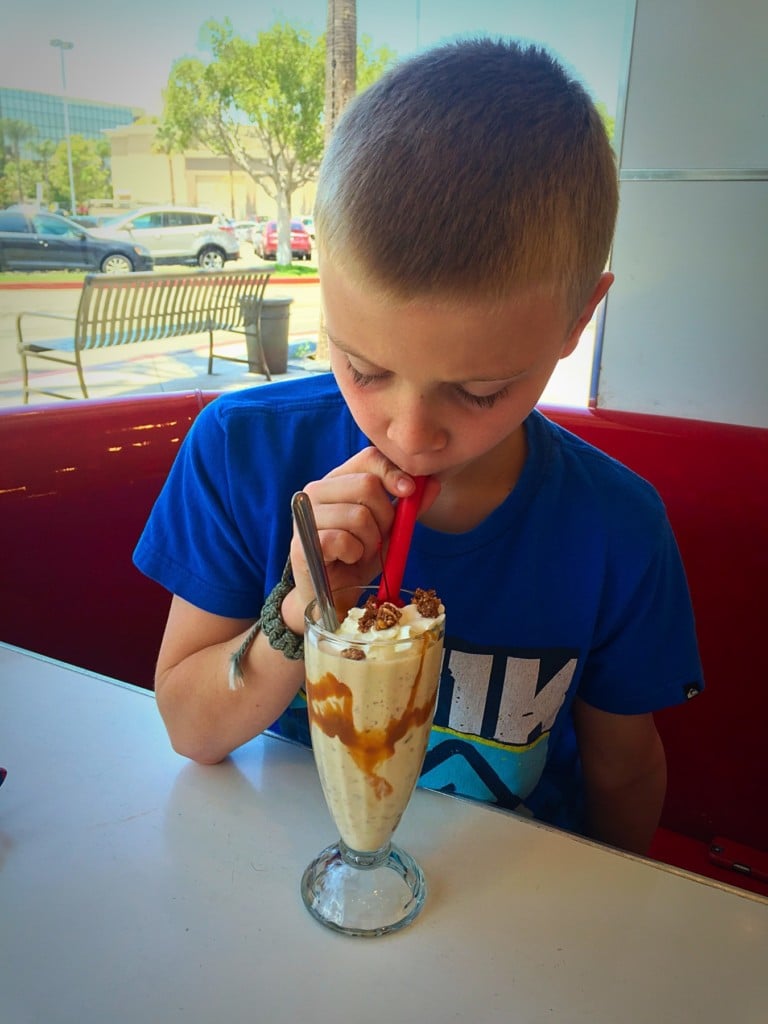 In honor of the new Candy Shake Extravaganza, Ruby’s is launching a Show Us Your Shake Face photo contest, where fans are encouraged to share photos of their shake face!  Field Trip Boy wanted to give it a try too. 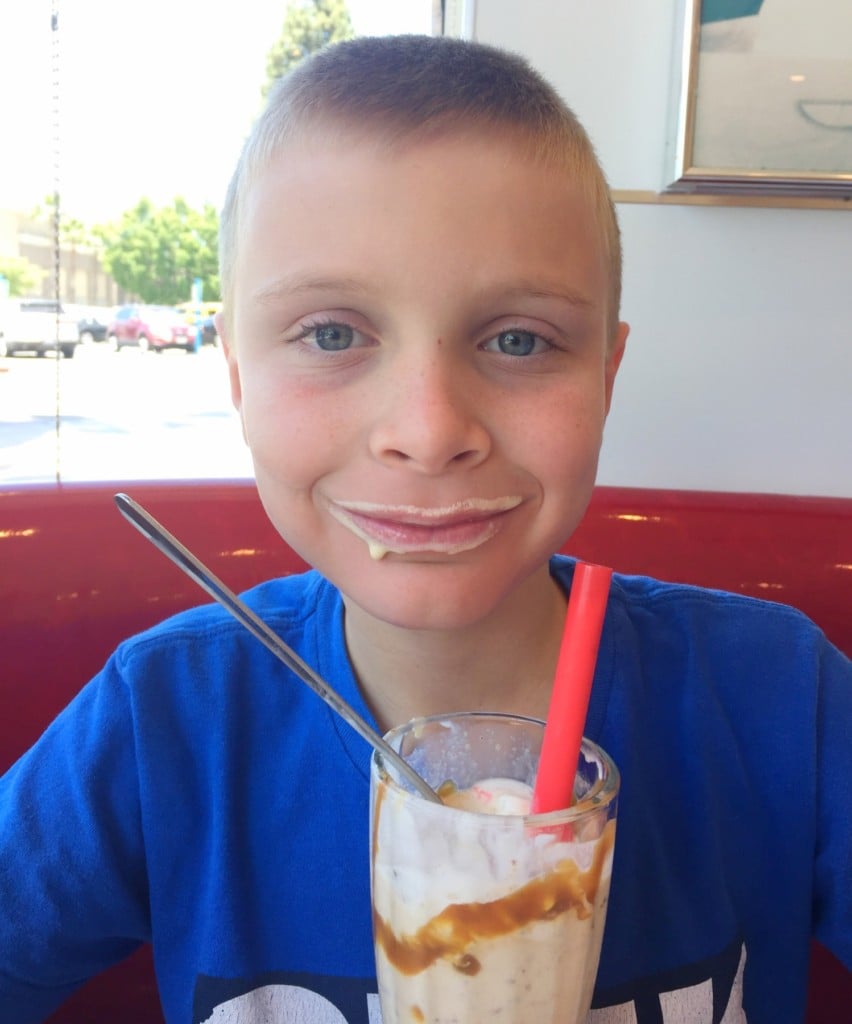 When you post a picture of the ‘happy face you make when you drink a delicious Ruby’s shake’ on social media using #RubysShakeFace, you have a chance to win a pair of Go City cards, the ultimate multi-attraction passes.  Visit Rubys.com for complete details.

See you the diner!