Marty McFly: So what does this thing run on…gasoline?

Dr. Emmett Brown: No! It requires something with a little more kick…plutonium!
Marty McFly: Wait, Doc, are you telling me…that this sucker is nuclear?
Dr. Emmett Brown: No, no, no! The plutonium is required to generate the 1.21 jigawatts needed to power the car!

Do you remember this famous movie line?  If so, then you are a true Back To The Future fan!   Now you can get up close and personal with the real DeLorean DMC-12 time machine in LA!

The DeLorean DMC-12 time machine, made famous by the 1985 smash hit Back to the Future, will be on display, courtesy of Universal Studios Hollywood, at the Petersen Automotive Museum starting on Friday, April 22, 2016.  This also marks the first time the on-screen hero car has been at the museum. 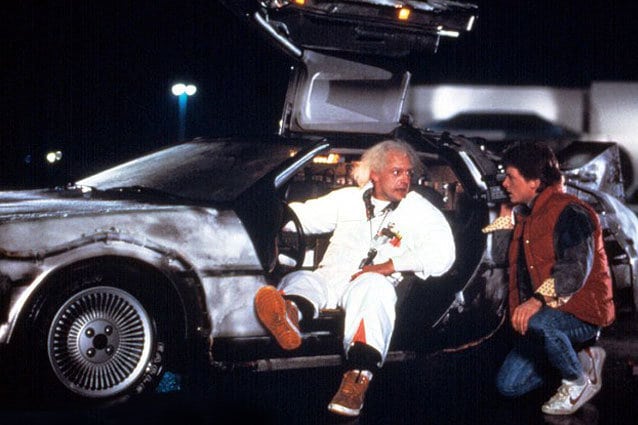 However, before heading to the Peterson Automotive Museum to see the original DeLorean DMC-12 time machine, check out these cool facts according to The Geek Twins.com.

In addition to seeing the DeLorean DMC-12 time machine, make sure to visit the other vehicle collections on display.  Give yourself at least 2 hours to go through the entire museum.  More, if you’re a real car enthusiast, since the cars you will see are real gems and the details are worth the extra time spent.