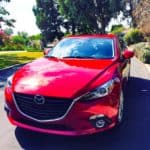 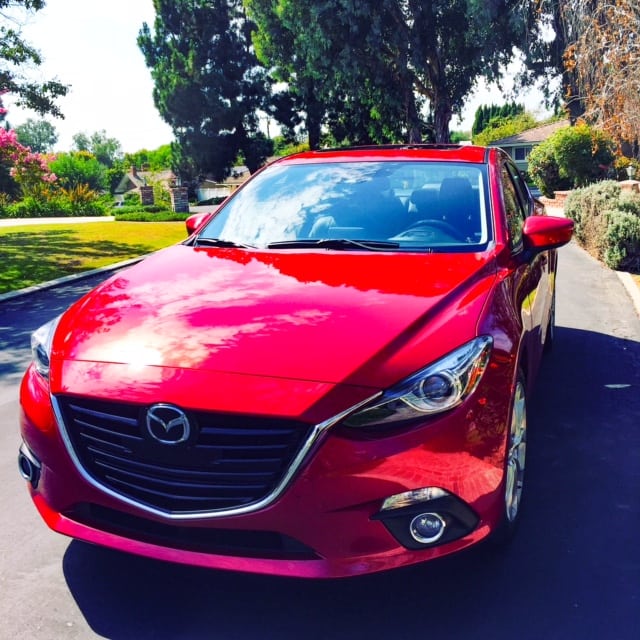 Hey Moms!  Have you ever dreamed of driving a car that is 100% designed just for adults?  An automobile that has a beautiful interior, sleek exterior and numerous bells and whistles that are superior to other vehicles in its class.  For me, that is the 2016 Mazda3 S 4-Door Grand Touring.  I had the opportunity to drive the vehicle last week while attending a blogging conference in LA.

The 2016 Mazda3 has all the features and specifications you would want in a vehicle.  Let’s start with some of the features I love.

There are not that many cars on the market today that can drive with such passion as the 2016 Mazda3.  The fuel efficiency is quite impressive.  It has a 2.5L engine with 184 horsepower and comes close to getting 40 HWY MPG.  So if you commute long distances, you can save a lot of money on gas with the 2016 Mazda3. 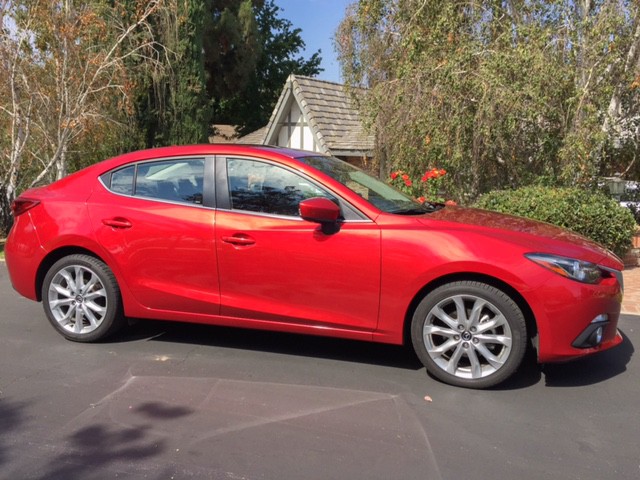 While at the conference, it was nice to climb into the all new 2016 Mazda3 and see such shiny and classy interior.  The inside of the vehicle is swanky.  It has black leather interior with five cloth trimmed sports seats and carpet floor mats. 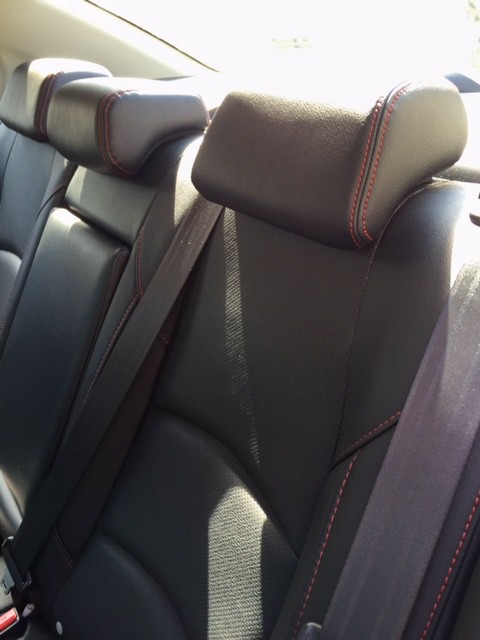 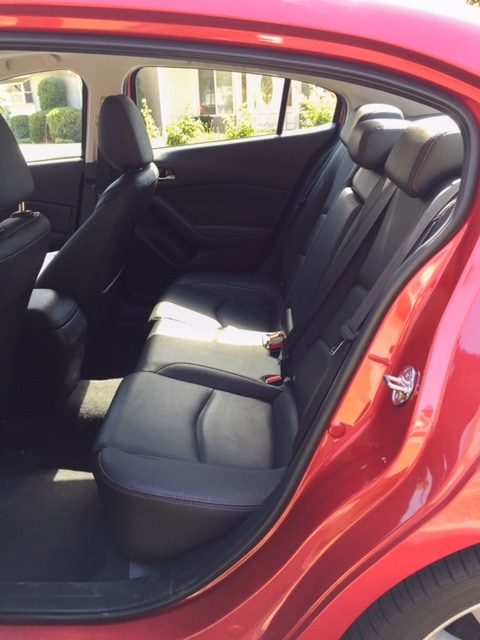 The inside is also sleek, modern, and something you’ll want to spend hours in.  In fact, while waiting in the underground parking structure at the hotel, I fell asleep in the car!

Another nice feature is the air conditioner with a pollen filter.  For those with allergies, this is a huge benefit.

I also liked the keyless entry system, especially with having kids, it made getting in and out of the vehicle a lot easier.

For a 4 door sedan, the 2016 Mazda has a lot of storage.  The trunk is enormous.  There is also a storage compartment in the front part of the vehicle, bottle holders and seat back pockets inside. 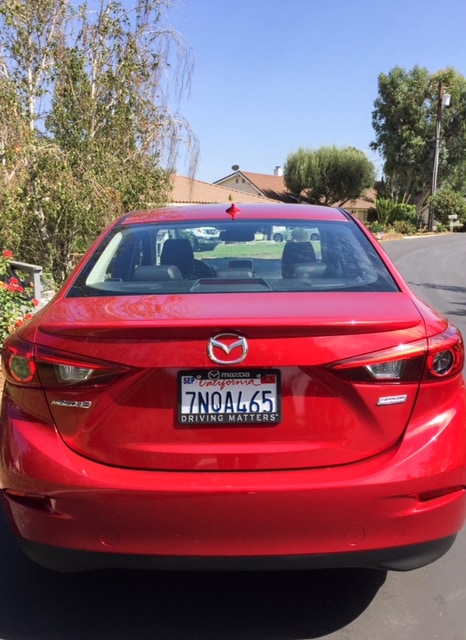 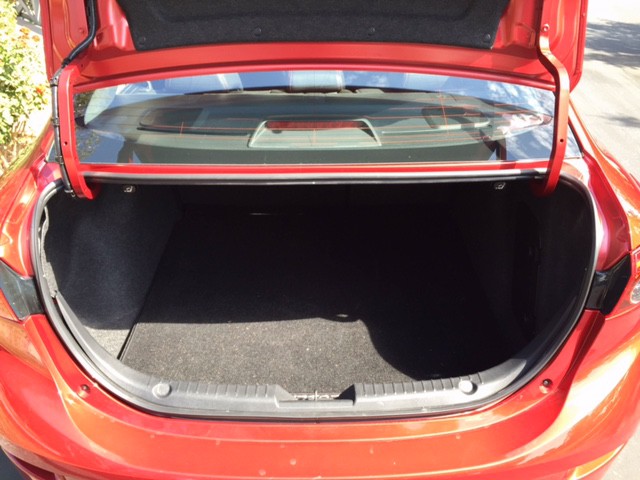 Techie Part of the Mazda

The technical aspects of the 2016 Mazda3 are impressive.  Picture yourself driving a car that has a 7” full-color touch screen display.  It makes driving easier because of its Bluetooth technology, commander control and Infotainment system voice command. 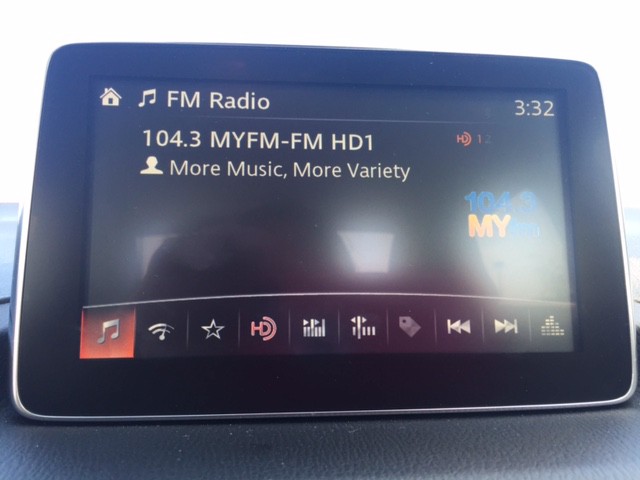 Since having kids, security has become even more important to me. The 2016 Mazda3 meets all my specifications.  There are 3-point safety seat belts for all seating positions, whiplash-reducing front seat headrests, and even advanced dual front air bags with crash-zone and passenger weight sensors.  The vehicle is also equipped with an engine immobilizer anti-theft system and a key-less remote panic button on the key fob. 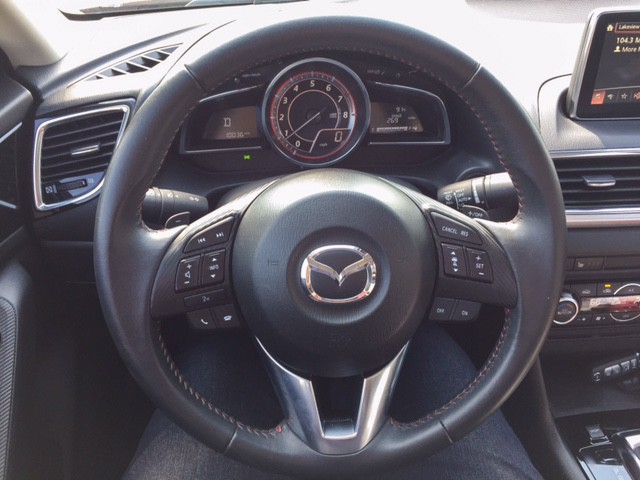 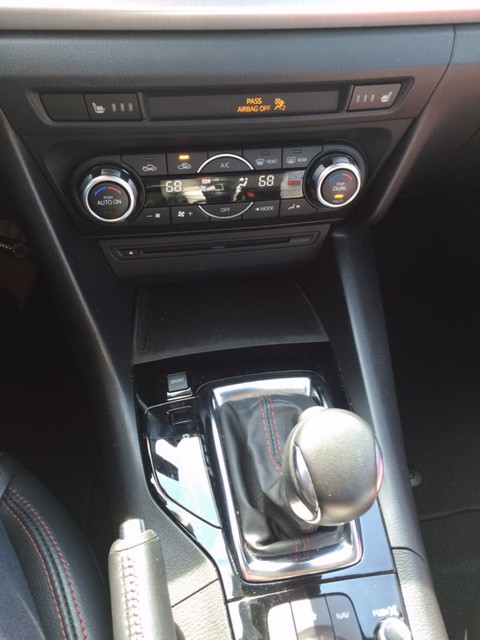 While driving the 2016 Mazda3, I realized that it was possible to be both comfortable and safe in a single vehicle. You don’t have to sacrifice anything – style, performance, or technology – with the 2016 Mazda3!