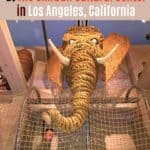 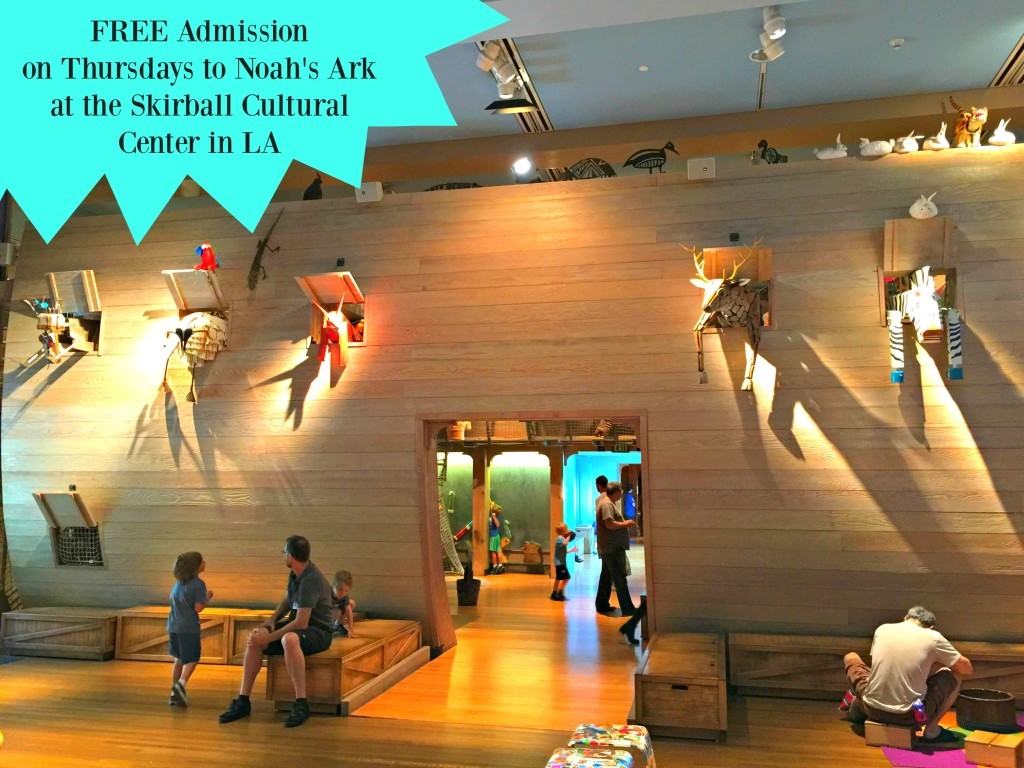 The story of Noah’s Ark in has been passed down from generation to generation.  The story tells of how the descendants of Adam and Eve rebelled against God and his original plan for mankind.  He was sorry he had created the human race and decided the only thing to do was flood the earth and start over.  However, there was one man, Noah, who was obedient to God and found God’s favor.

Noah’s Ark at the Skirball Cultural Center is a living depiction of this famous Bible story.  While on board, children get to play, climb, build, explore, and make believe –all while exploring the floor-to-ceiling wooden ark, filled to the rafters with whimsical animals.

The Story of Noah’s Ark 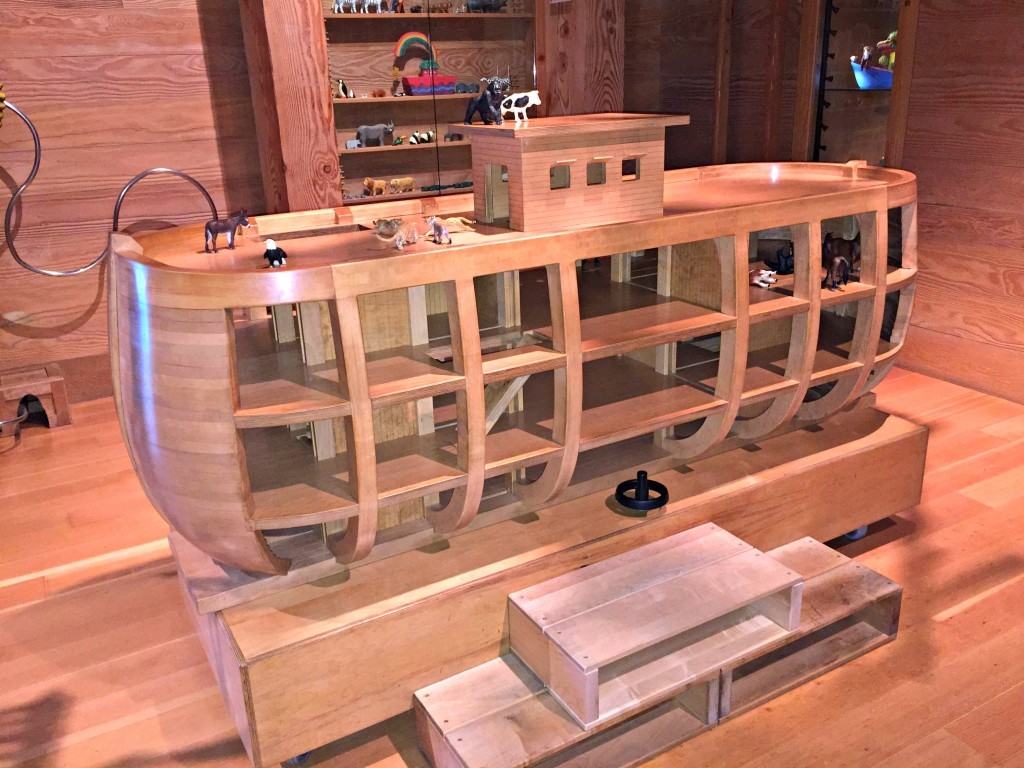 Then Noah was to find one male and one female of every kind of animal and bird and take them into the ark.  He also had to take food for all these animals.  It took Noah 120 years to build the ark and find all the animals to put in it. 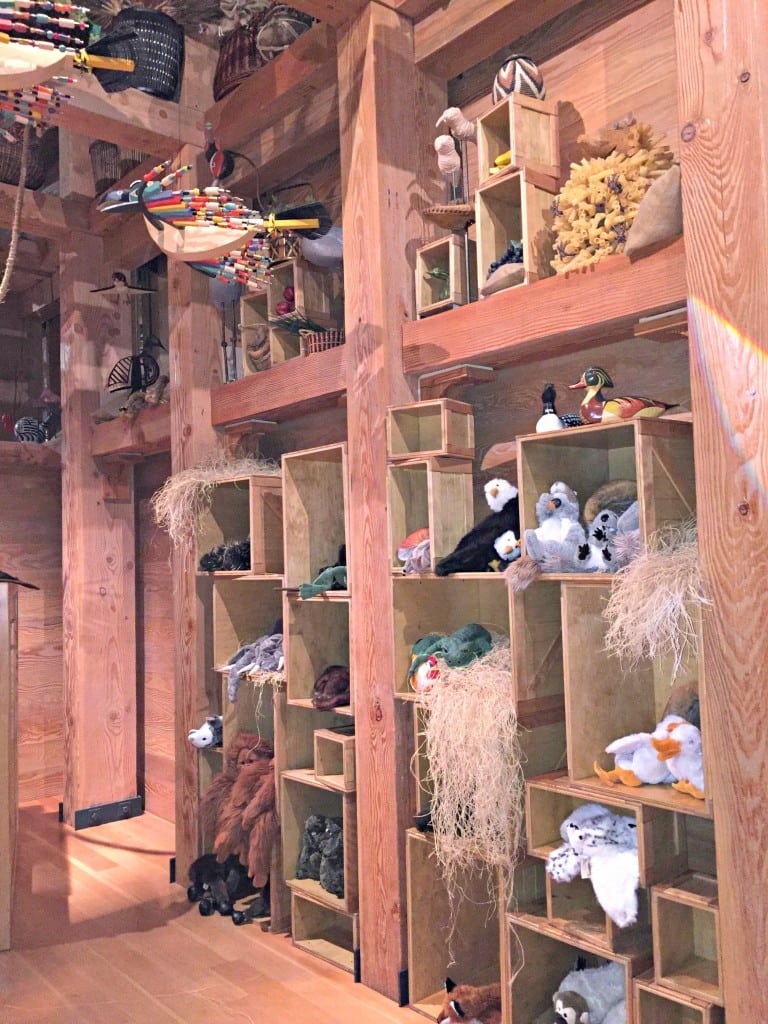 Noah was 600 years old by the time everything was ready.  God told Noah to go into the ark with his wife, his three sons, Shem, Ham, and Japheth, and their wives.  Then it started to rain. It rained without stop for forty days and nights!  The water got so deep that even the mountains were covered.  The ark floated on top of the flood waters and the people and animals in the ark were safe. 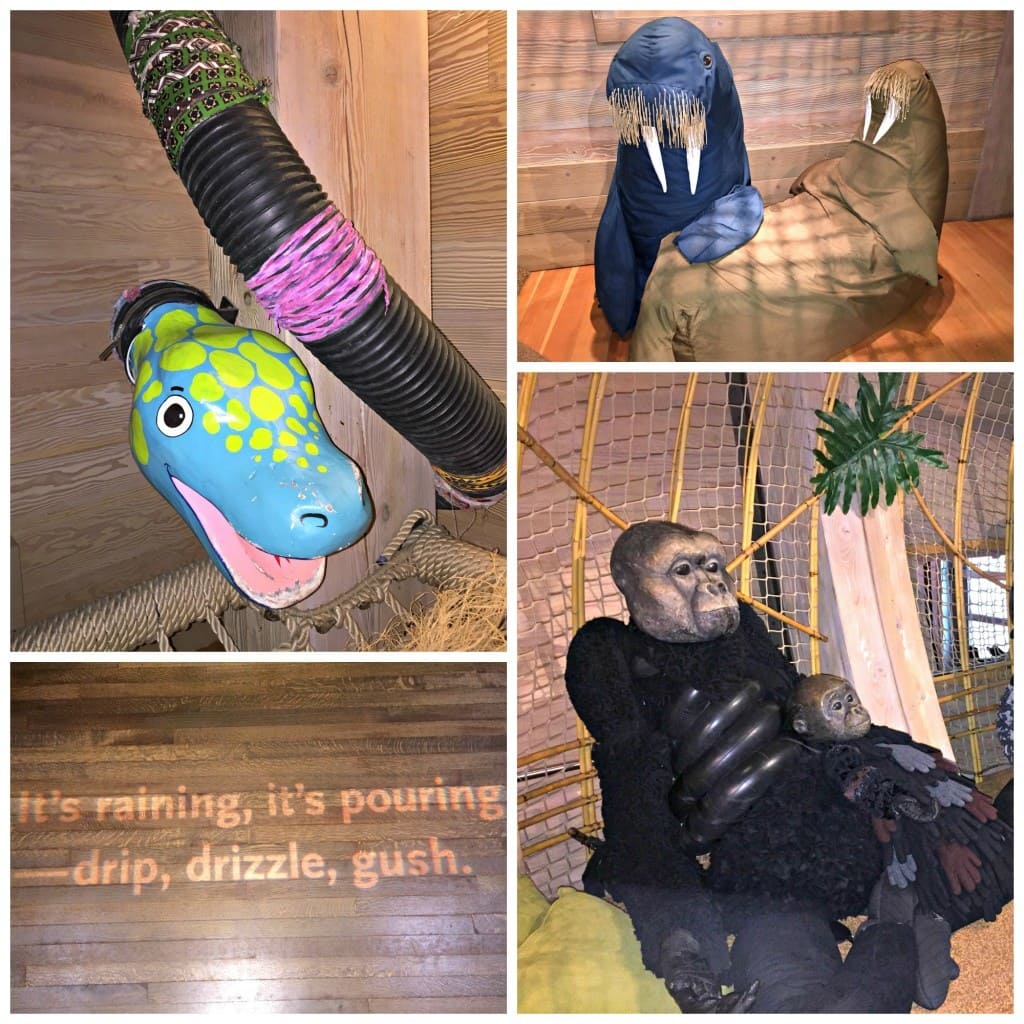 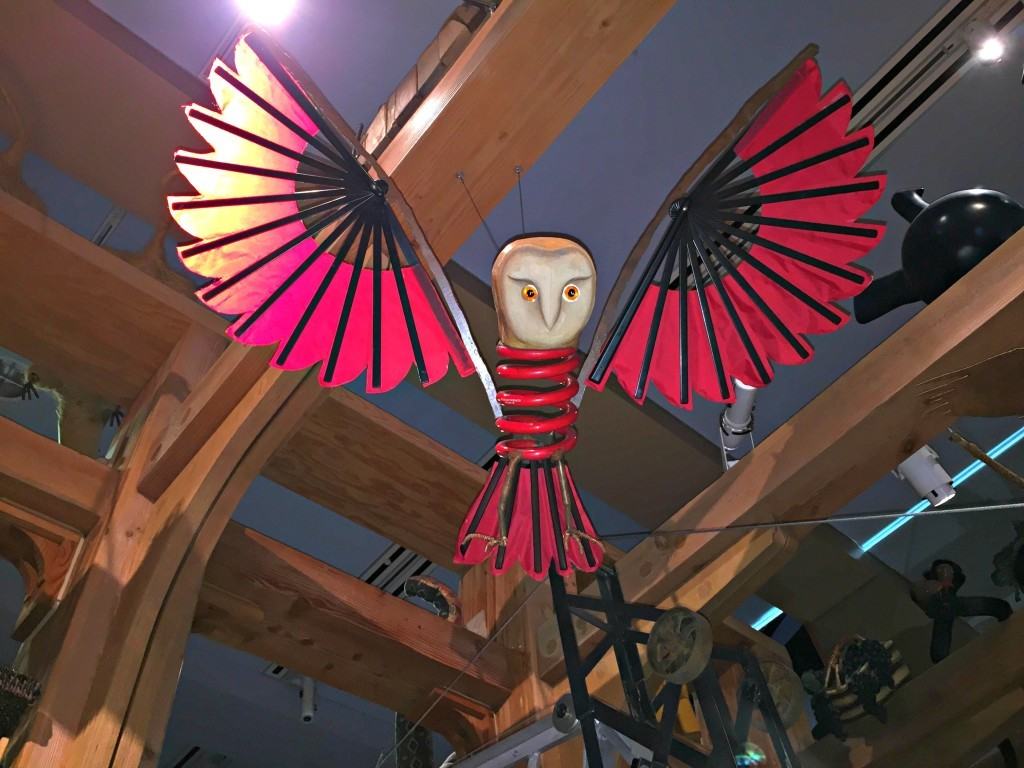 Eventually, the water started to go down, and the ark came to rest in the mountains of Ararat. After being on the ark for 11 months, Noah sent out a dove to see if it would find land, but it found no place to rest and returned to the ark.  Seven days later, Noah sent the dove out again.  This time it flew back carrying an olive leaf, and Noah knew it had found land.  After a full year on the ark, God said to Noah,

Come out of the ark, you and your wife and your sons and their wives. Bring out every kind of living creature that is with you – the birds, the animals, and all the creatures that move along the ground – so they can multiply on the earth and be fruitful and increase in number upon it. (NIV, Genesis 8:16-17) 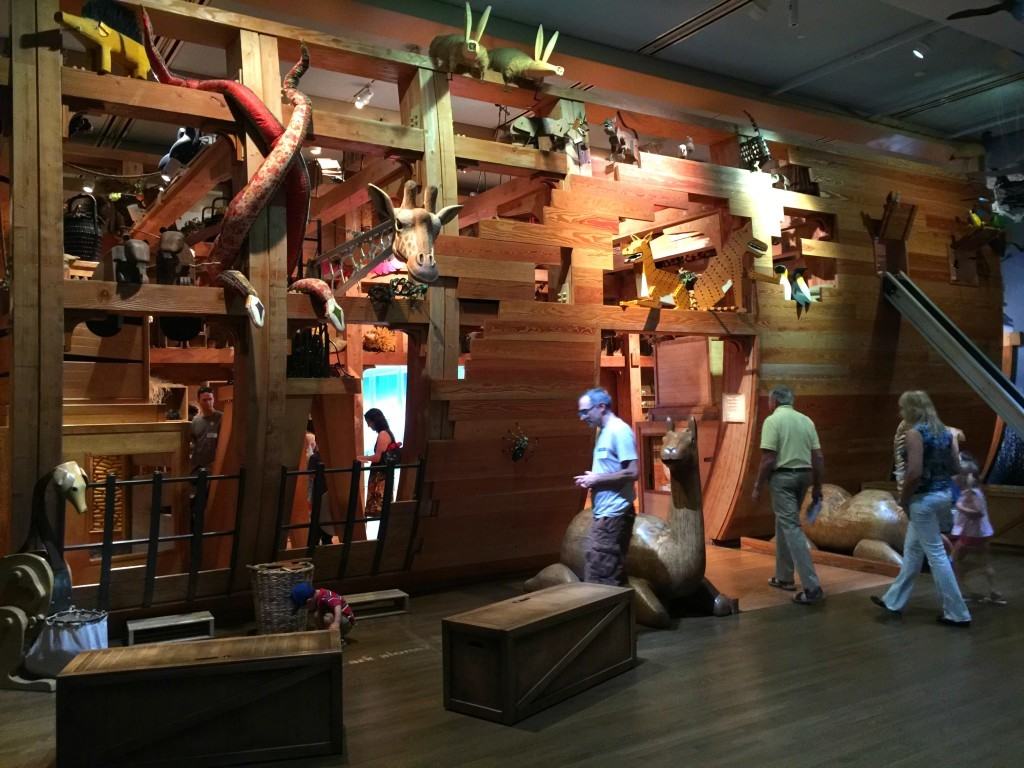 God was pleased with Noah, and He promised never again to destroy the earth with a flood.  Then God placed a rainbow in the sky as a sign of that promise.  The descendants of Noah and his sons filled the whole earth with people again.

The Animals on Noah’s Ark

On Noah’s Ark, my children played with all the animals over and over again.  Two by two, of course! 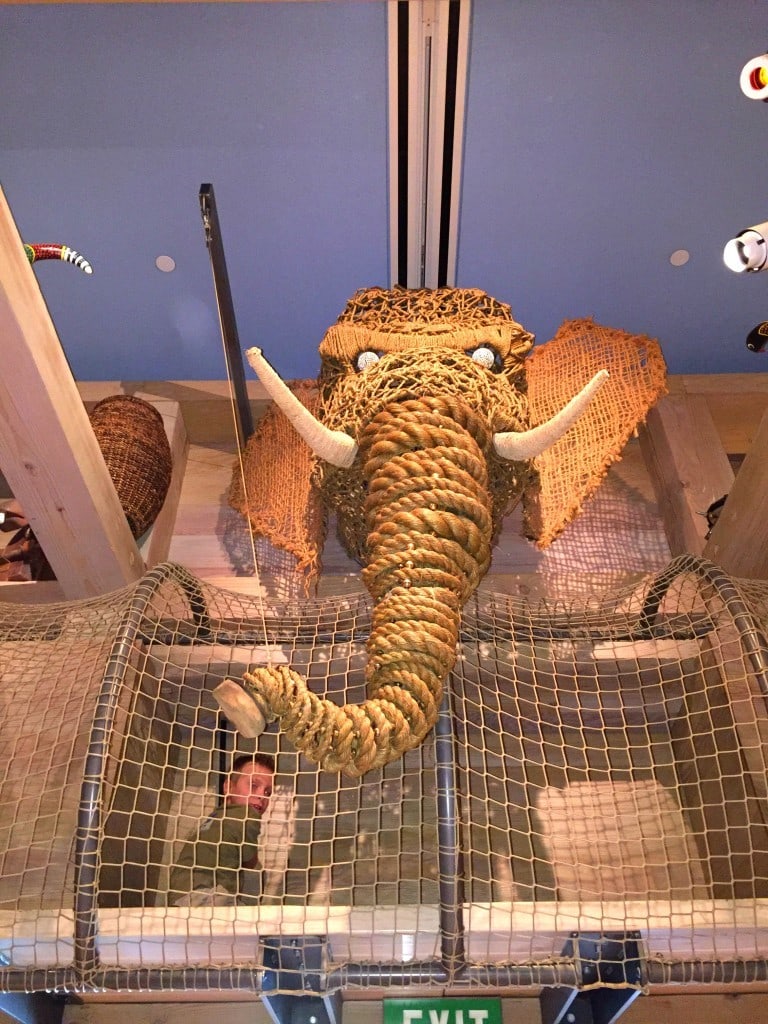 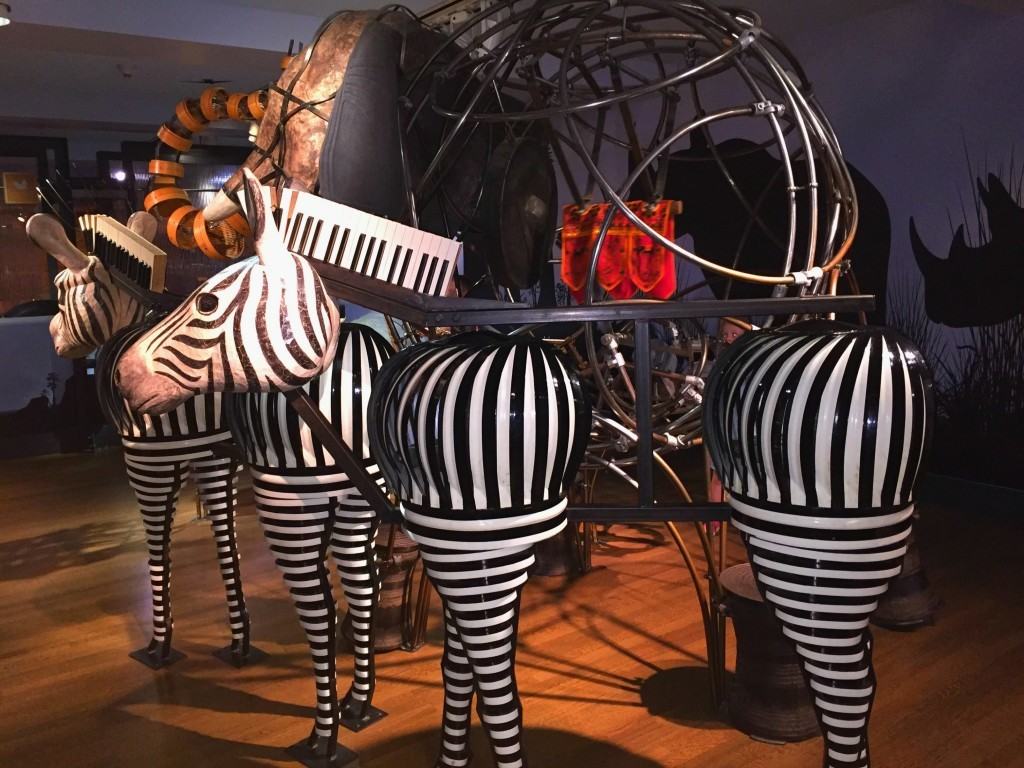 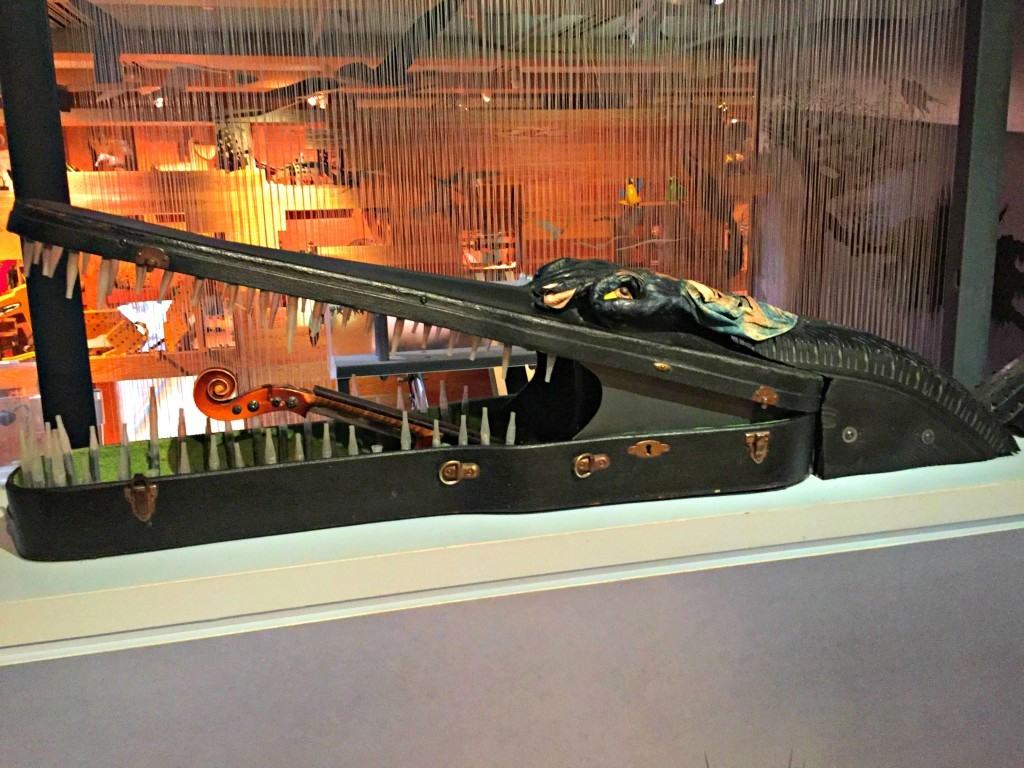 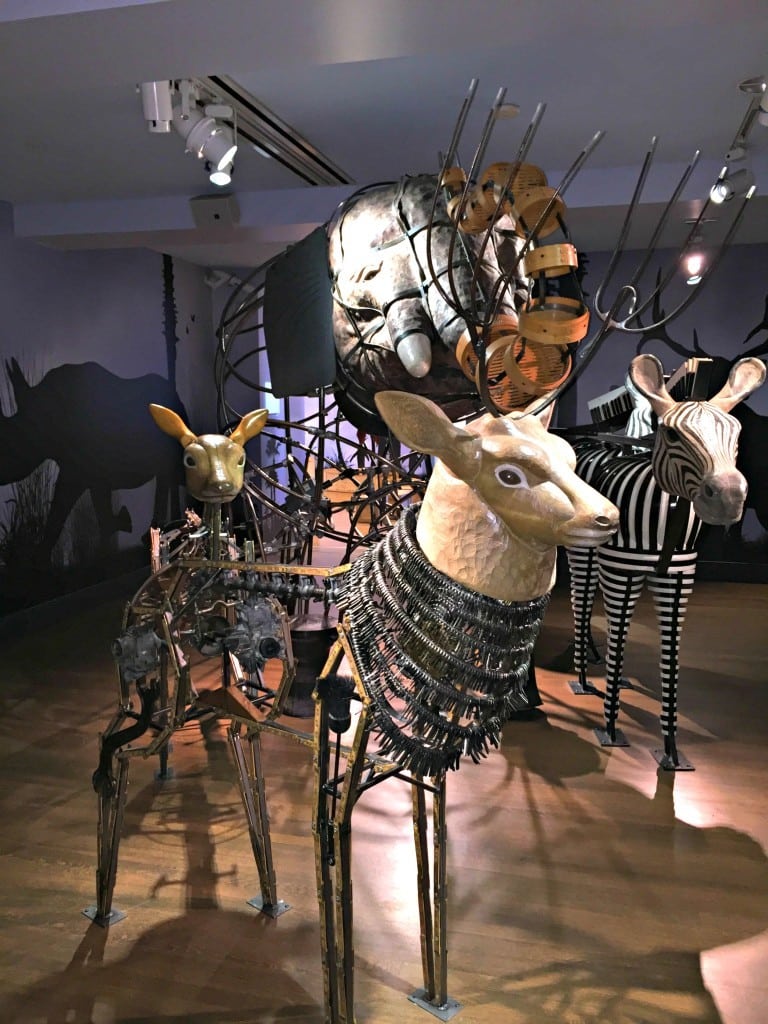 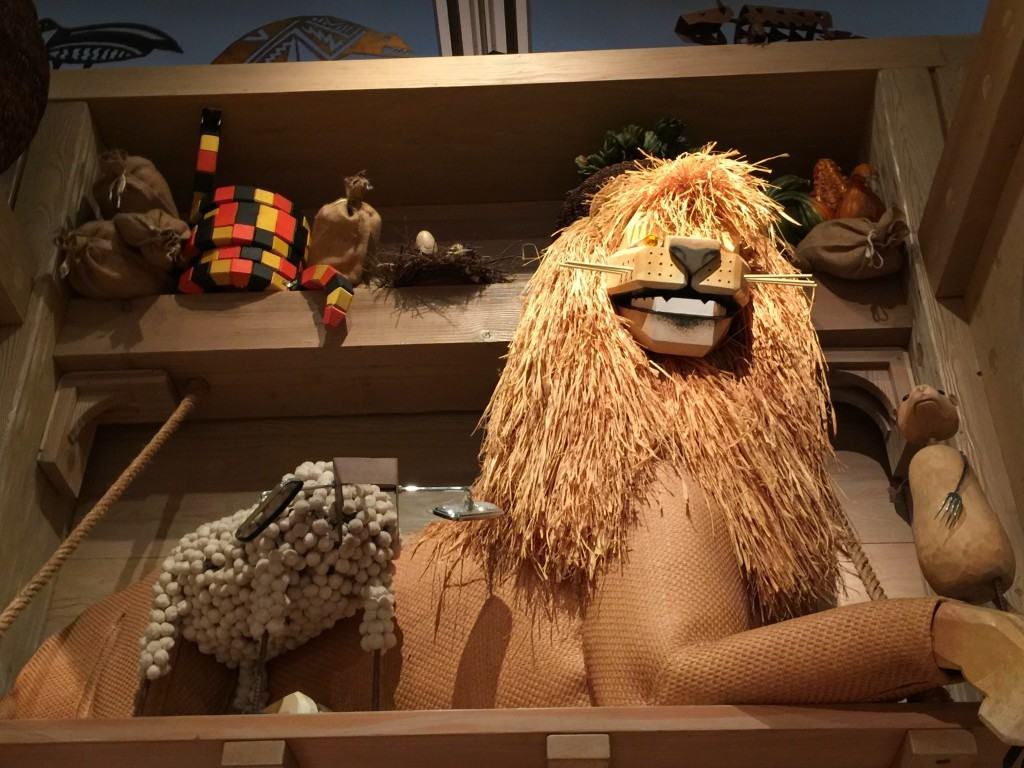 My kids enjoyed sending the animals into the ark via a track and preparing food in the mock kitchen.  Field Trip Boy even learned how to write and read the Hebrew language! 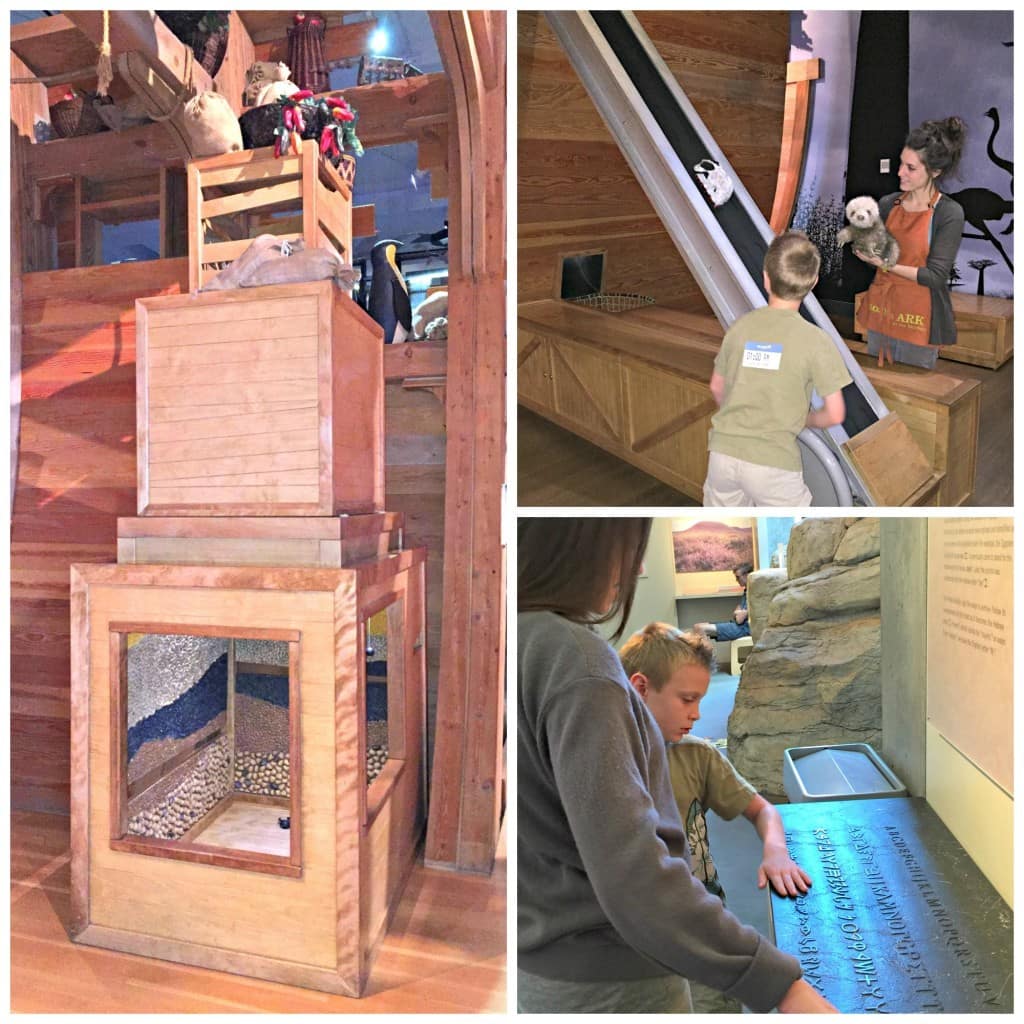 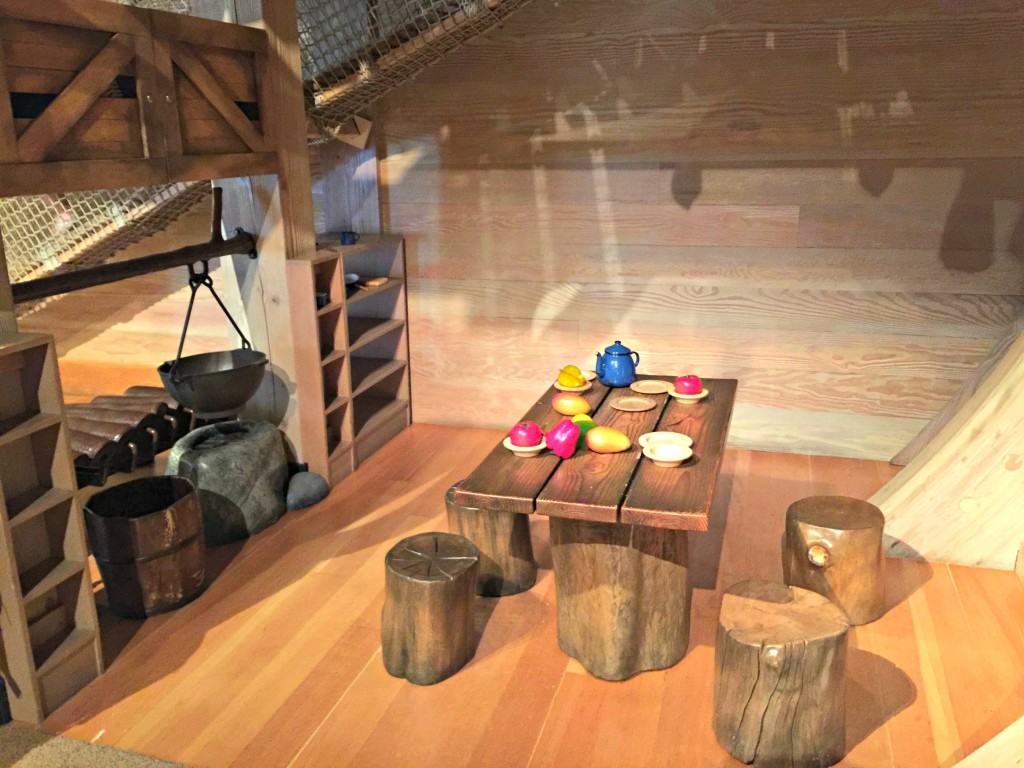 There are also A LOT of places to play, explore and climb through on the ark.  Field Trip Girl tried to hide in the net when we played hide and seek, but I found her every time! 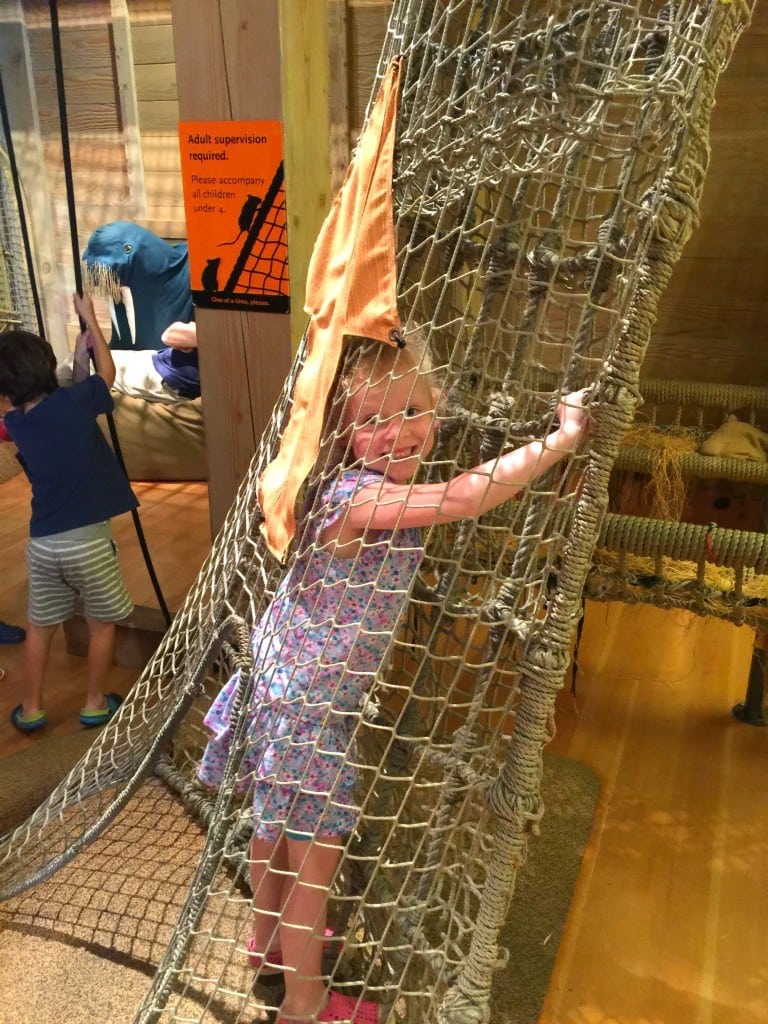 We visited the Skirball Cultural Center on a Saturday afternoon in late September.  The crowds were light and there was plenty of room for the kids to explore.  However,  advance tickets are highly recommended on weekends and during school holidays for all Noah’s Ark visitors.  Same-day tickets to Noah’s Ark are subject to availability and available on a walk-up basis only.

The Skirball Cultural Center offers FREE tickets to explore Noah’s Ark on Thursdays on a first-come, first-served only, subject to availability (no advance tickets).  FREE Thursday tickets are available at the admissions desk starting at 11:45 a.m.

Groups of 10 or more are welcome to reserve self-guided group visits to Noah’s Ark at the Skirball.  These may be booked on Wednesdays and Fridays between 1:00 and 5:00 p.m.  The per-person fees for Noah’s Ark group visits are $7 General, Seniors, and Full-Time Students with ID, $4 Children 2–12 and FREE to Children under 2.  If you would like to book a group visit, please send an email request to [email protected]

Enjoy your family’s time aboard Noah’s Ark!  Let us know what you thought and share your pictures too.