Recently, my daughter and I went on a field trip with her charter school for the Ellis Island Experience on The Queen Mary in Long Beach, California.  The Queen Mary docents led us on a role-playing exercise that transports students back in time and simulates an ocean crossing aboard the Queen Mary’s older sister, the Mauretania.

Students learn about the history of immigration in America and experience first hand the struggles and sacrifices that individuals made on the arduous journey to come here. 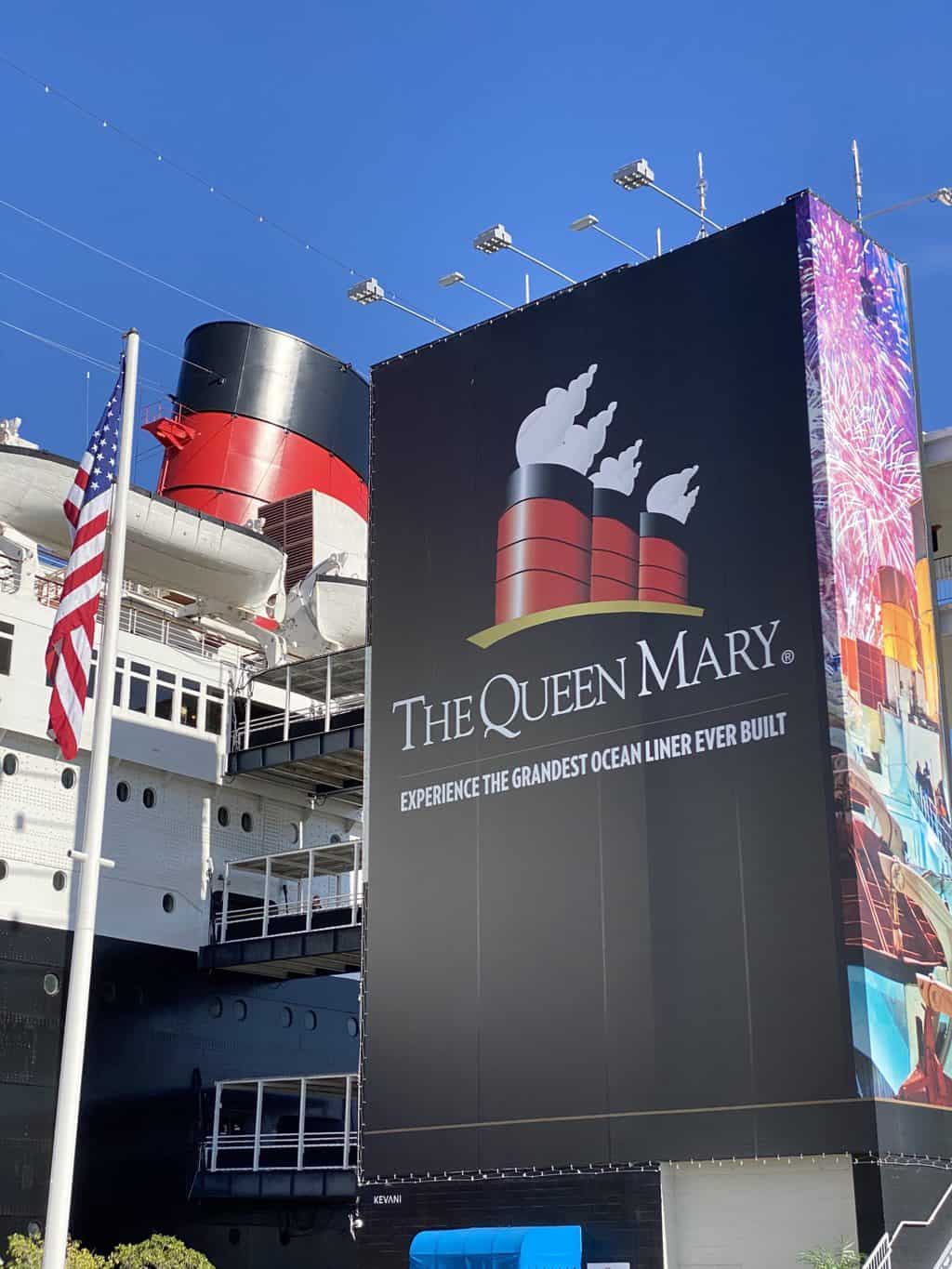 The Ellis Island Experience at The Queen Mary

First, we were ushered into a small theater where we watched a brief film that set the stage for the interactive role-playing simulation.  The movie explained what it was like for immigrants coming to the United States through Ellis Island.

Ellis Island opened in 1892 as an immigration station.  Located at the mouth of Hudson River between New York and New Jersey, Ellis Island saw millions of newly arrived immigrants pass through its doors.  It has been estimated that close to 40 percent of all current U.S. citizens can trace at least one of their ancestors to Ellis Island.

After an arduous sea voyage, immigrants who arrived at Ellis Island were tagged with information from their ship’s registry.  Then they waited in long lines for medical and legal inspections to determine if they were fit for entry into the United States.

After watching the movie, we were moved into a large room on the Queen Mary that acted as the Ellis Island processing center.  The students were handed immigration forms and asked to complete them with their full names, what country they were from and what type of work they did.  However, women had one more hurtle to overcome; they could not leave Ellis Island with a man they were not related to.

My daughter wrote on her immigration form that she was from France, was coming to America to meet her fiancé and worked with horses back in the Old World.  If the students did not complete their forms correctly, they were sent to the end of the line to try again.

One student said he was from Europe and was sent to detention for further investigation.  Approximately 20 percent of immigrants inspected at Ellis Island were temporarily detained, half for health reasons and half for legal reasons.

After completing the necessary forms, students were given a medical examination by Public Health Service doctors to see if they wheezed, coughed, shuffled or limped.  At the time, doctors were most concerned about trachoma (an eye disease that leads to blindness or even death), cholera, tuberculosis, insanity, epilepsy, and mental impairments.

The doctors asked my daughter a series of health questions and had to determine whether to send her to interrogation or the Ellis Island Immigrant Hospital.  During the island’s half-century of operation more than 3,500 immigrants died there. 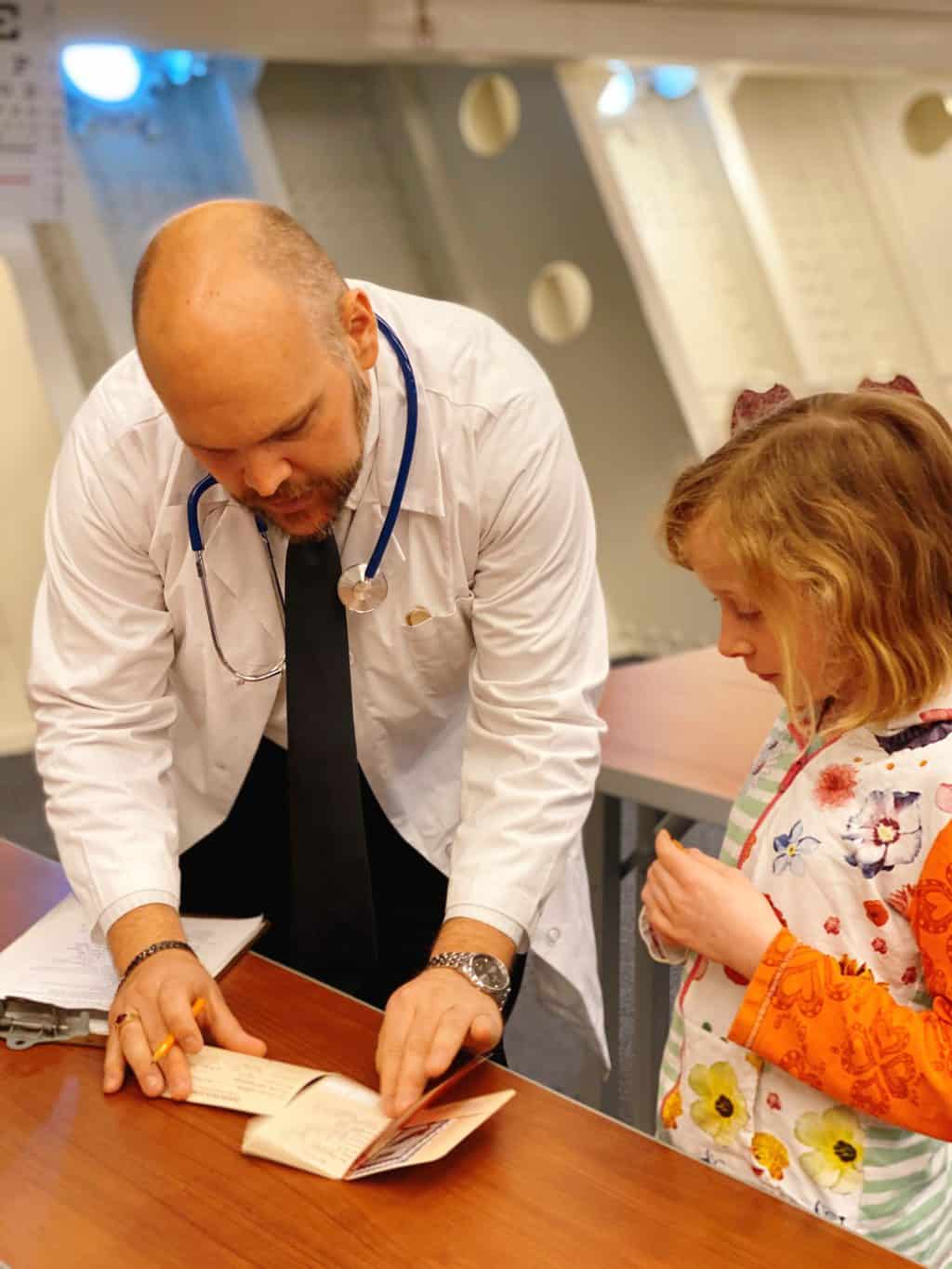 After passing the medical examination, the students were led to interrogation.  They were called up one by one to the inspector who sat in the front of the Registry Room on a chair behind his desk.

Here he double checked the name, age, religion, last residence, sex, and civil status of each immigrant.  If there was any hesitation, the immigrant had to stay at Ellis Island for further investigation.  It is recorded that more than 120,000 immigrants were sent back to their countries of origin after going through the interrogation process.

Once registered, immigrants were given “landing cards” or permits to enter New York and start their new lives in America.  My daughter and her friend decided to exchange their money from their homeland into American dollars at the Money Exchange.  The day’s official rates applied and were written on a black board.

Afterwards, the students bought one way train tickets to different cities across America to start their new lives.  When everything was okay for departure, their luggage was given back to them.  In the luggage, immigrants had everything they loved and treasured from their homeland. 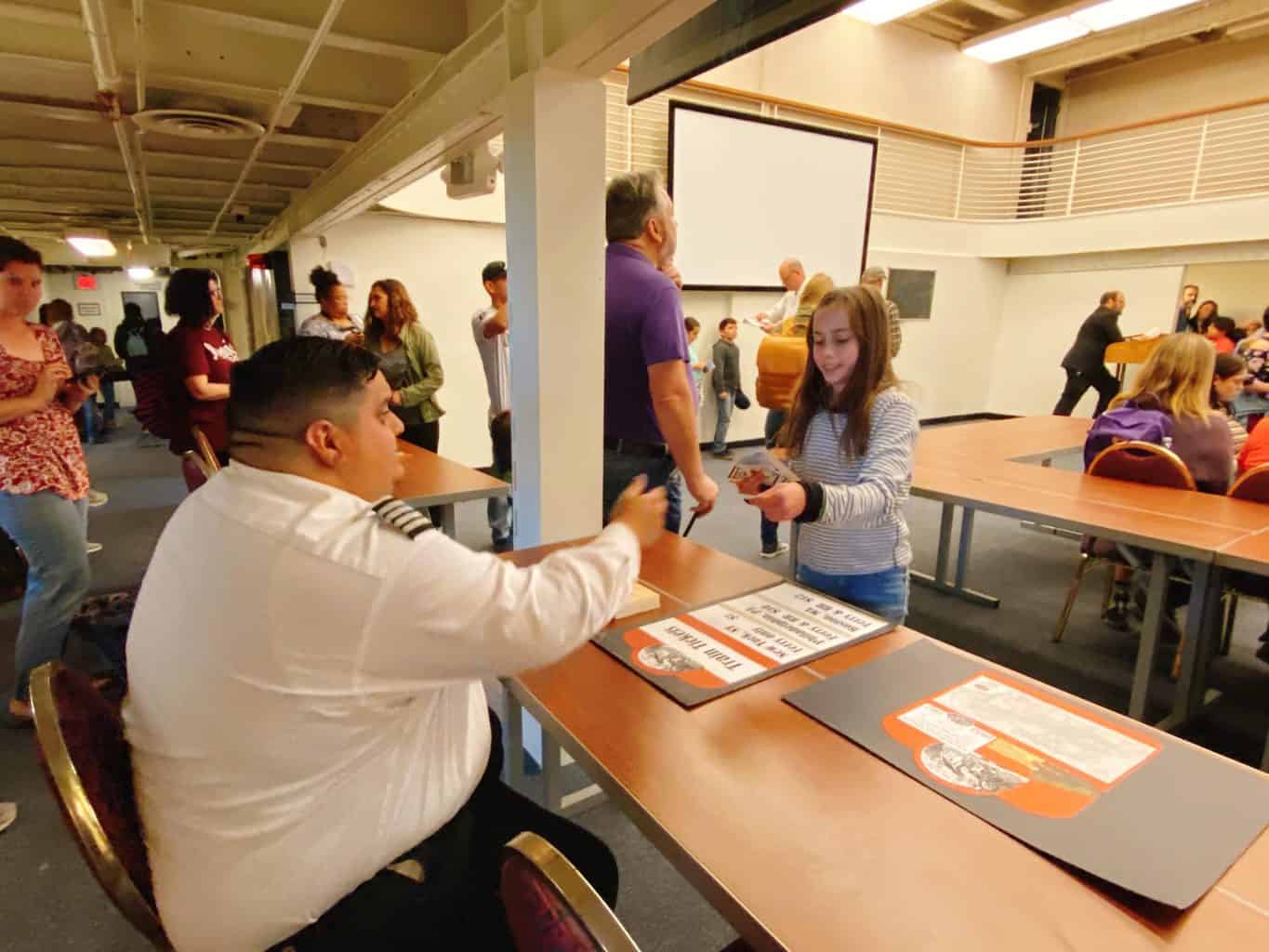 How To Schedule The Ellis Island Experience

The Ellis Island Experience at the Queen Mary is available on Wednesdays during the school year.  Students will experience going through the immigration process, including a medical examination, interviewing with a legal inspector and ultimately, facing deportation, detainment or entry into the United States.

The field trip is for 4th grade and up, but younger siblings are welcome to attend.  Everyone in attendance must have a ticket. Parking is $20 at the door, or $10 pre-paid below.  K-12 educational tours at the Queen Mary require a minimum of 25 paid students.

More Things To Do in Long Beach

Homeschool Days at Aquarium of the Pacific

Make Your Own Pizza at Michael’s Pizzeria