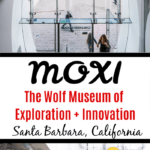 Last November, my family and I visited the world renown museum, MOXI, The Wolf Museum of Exploration + Innovation, in Santa Barbara, California.  The MOXI, first opened in February 2017, is a contemporary museum devoted to science, technology and the arts, with a focus on interactive exhibits.  The museum was part of a massive community outreach effort, dreamed up over 20 years ago.  With incredible vision and dedication, the Santa Barbara community poured in resources together to build a powerfully creative interactive environment where kids can learn about science and have a fantastic time doing so. 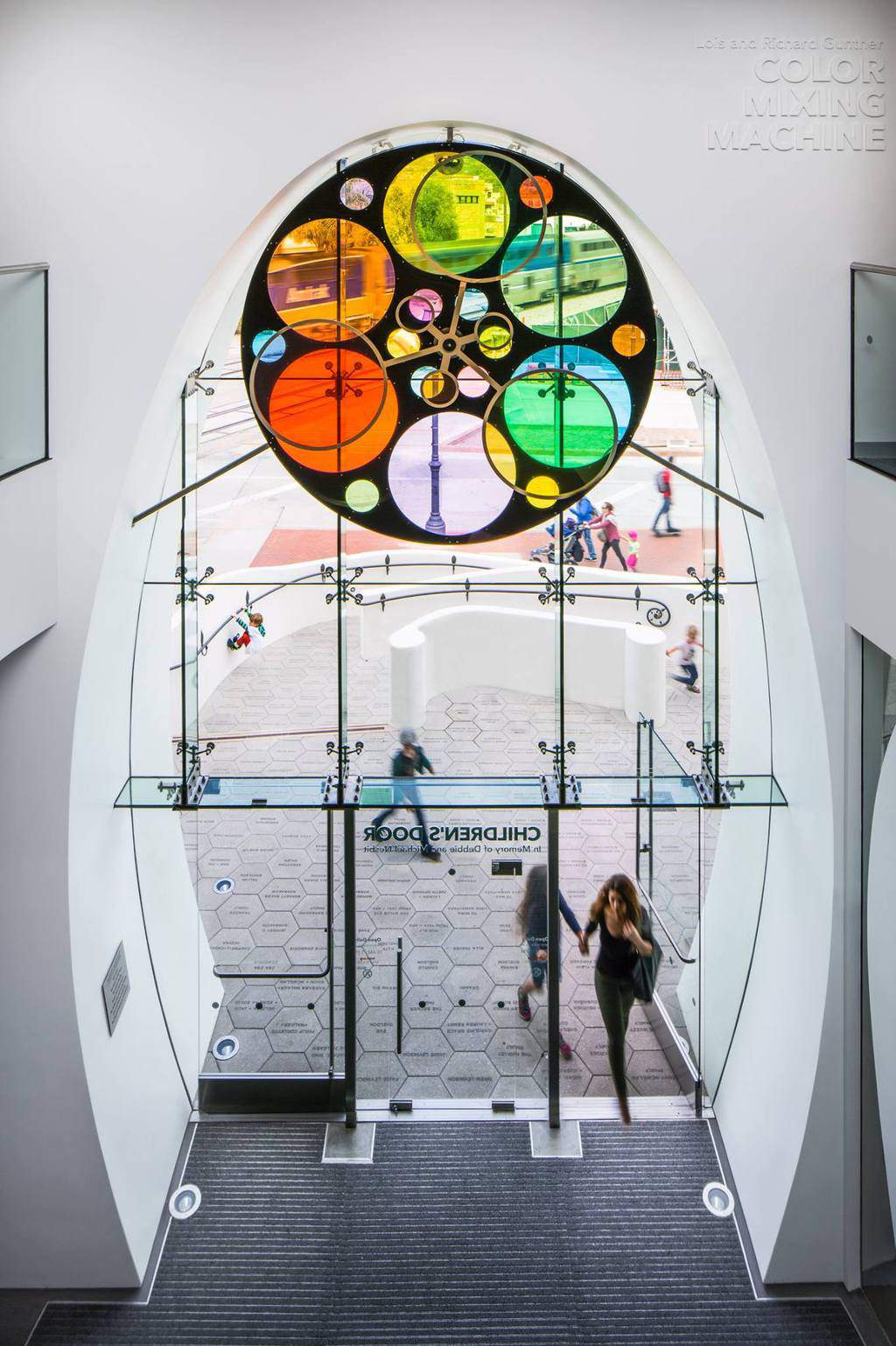 When we first arrived at the MOXI, we were greeted by an imprinted note on the front door, “Future Innovators Enter Here.”  A very appropriate message for a place that stimulates learning and drives curiosity of science and how the world works around us.  After we got our entrance wrist bands at the check-in counter, both my kids were off in different directions to check out the magnificent interactive spectacles that greeted them. 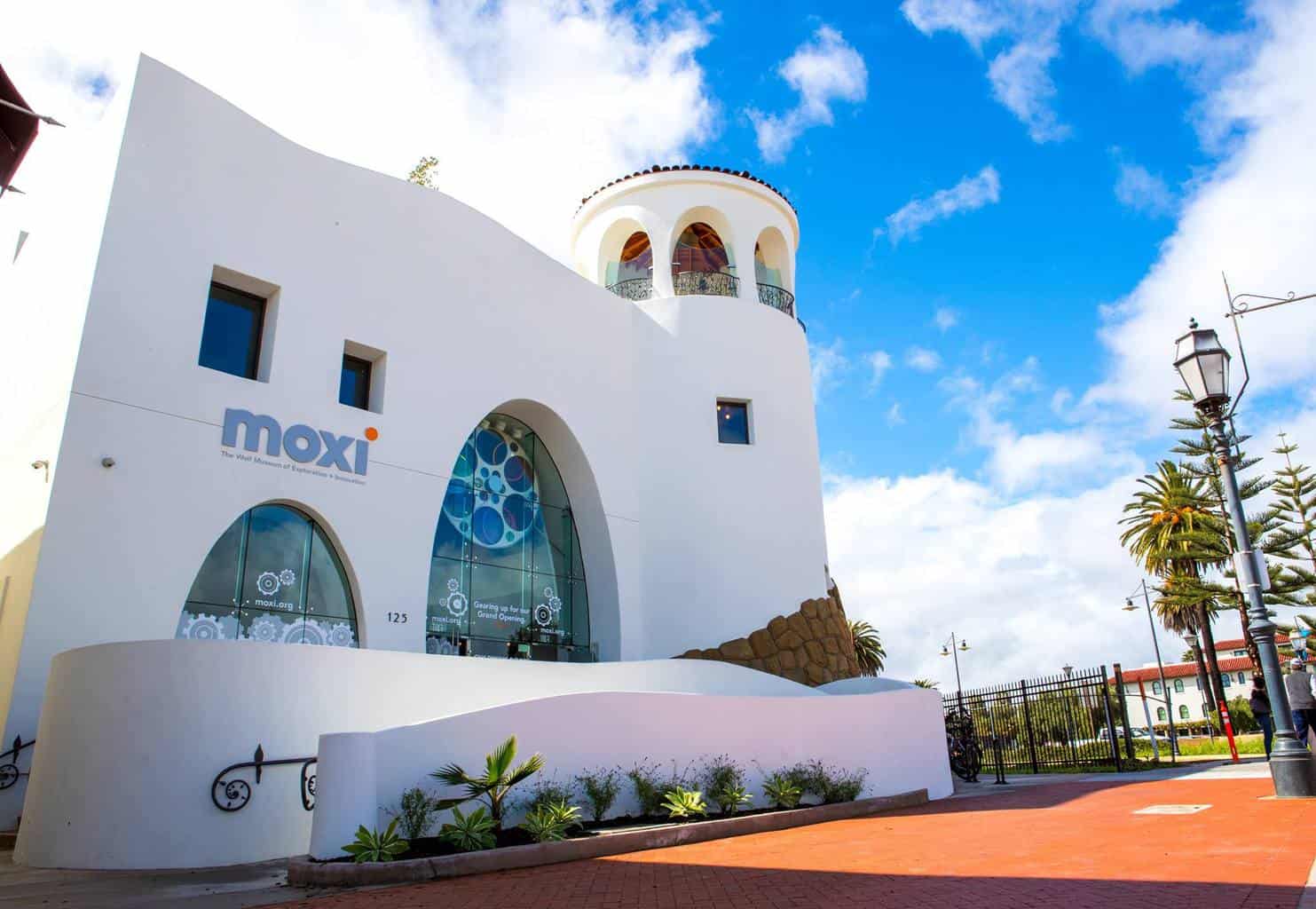 The MOXI, The Wolf Museum of Exploration + Innovation is designed for kids to use real-time scientific application.  From racing derby style cars to playing a gargantuan guitar to syncronizing sounds to a movie in a sound booth, there are so many creative and stimulating ways for kids to learn, all 17,000 square feet and three levels worth.

Inside the MOXI, the first exhibit we checked out was the Handprints Globe.  The globe is a symphony of connected screens where my kids made an image of their handprints appear on the screens in all sorts of vibrant colors and shades.  Just a few steps away from the Handprints Globe, was a gargantuan sized guitar that you not only can play, but also experience inside the body of the guitar and listen to acoustic variances of sound. 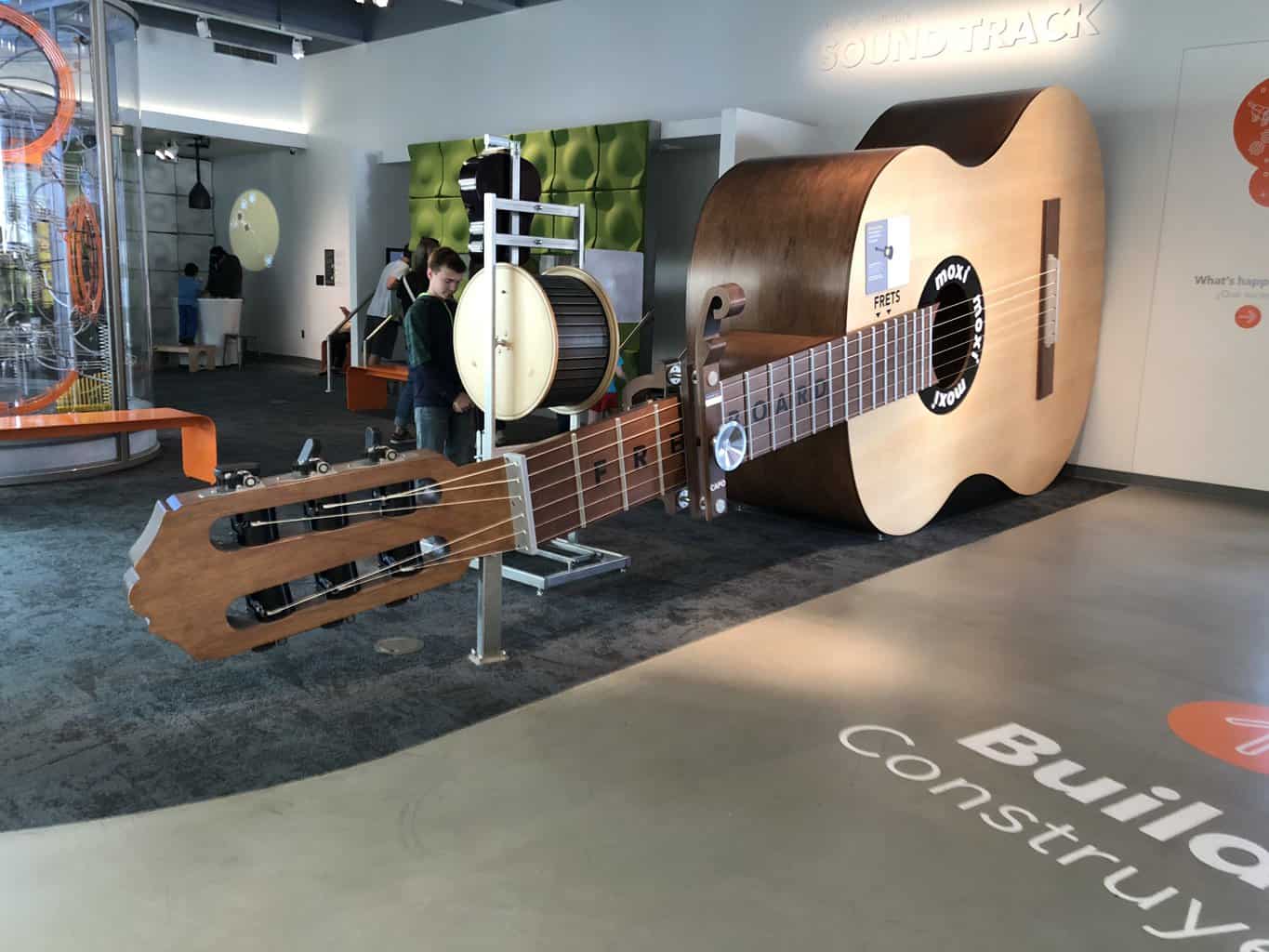 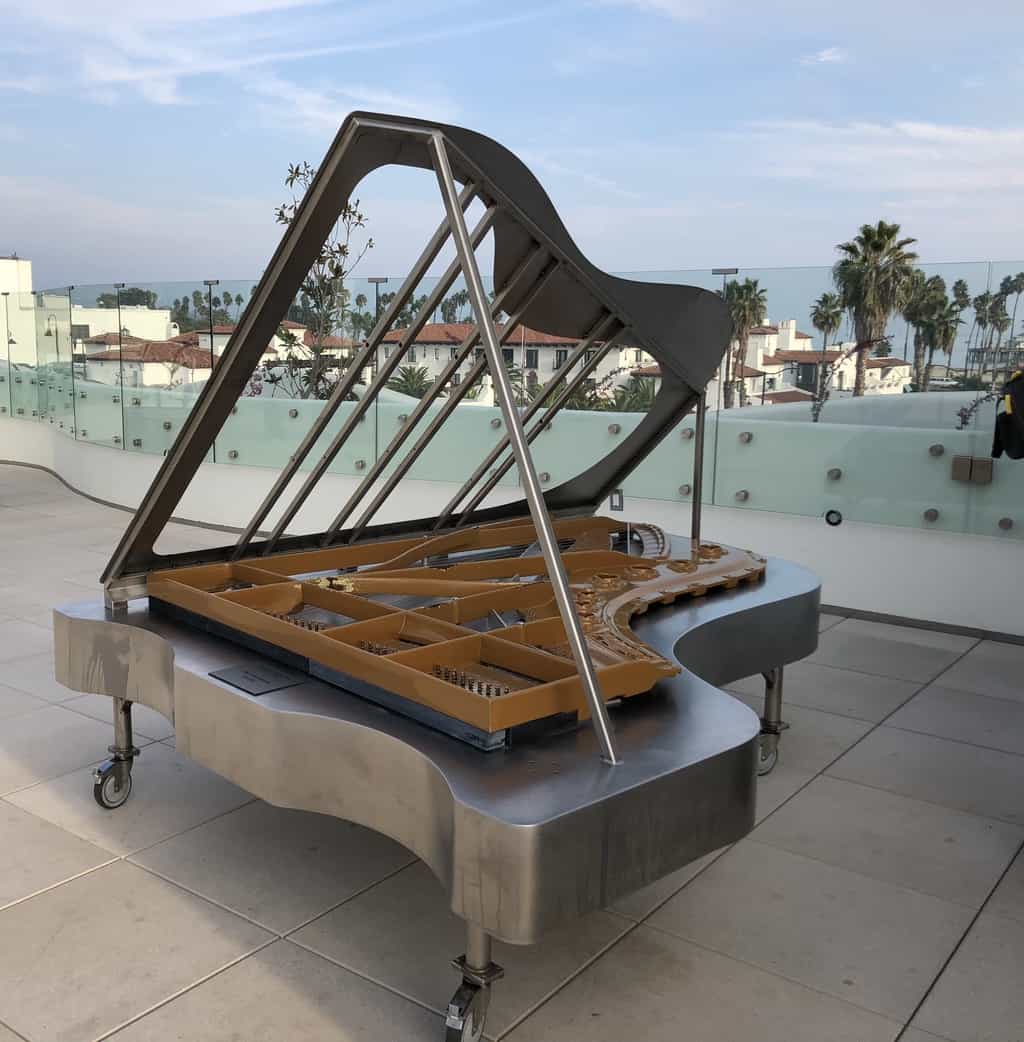 Next up was one my son’s favorite exhibit, The Reactable.  This unique exhibit is a musical instrument consisting of a graphical user interface that is tangible, meaning there are a bunch of images that you can swipe, turn and move about the screen to make sounds and even put together a little tune.  The soundscape fun didn’t stop there, we then made our way into one of the movie soundtrack booths where we all banged objects together to video footage. 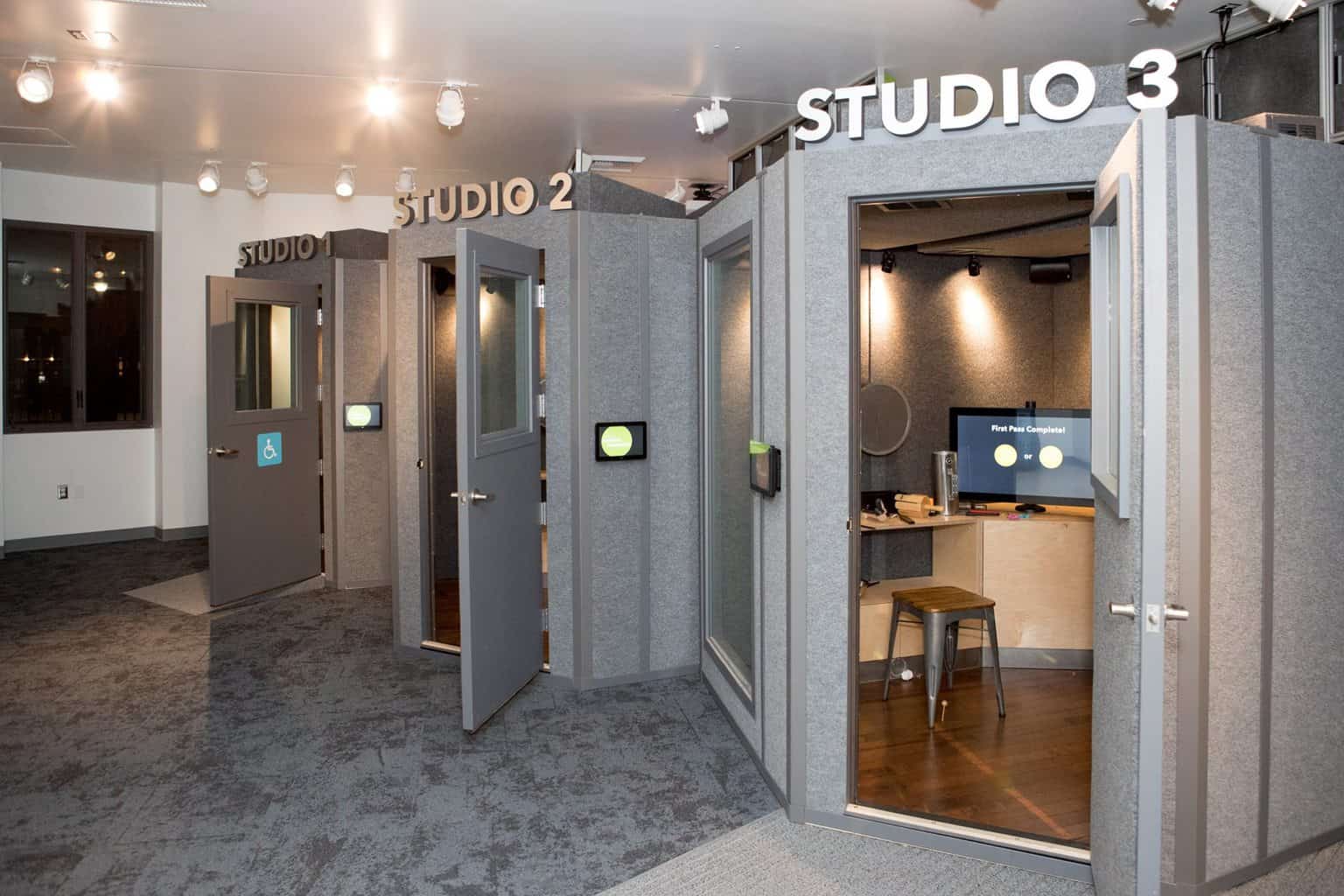 After spending time in the Sound Track, we walked out into the Fantastic Forces Courtyard and marveled at the ceiling to wall labyrinth of translucent pressurized tubes.  The courtyard was beaming with kids gleefully transporting soft bean-bag objects through the tubes openings and doing their best to catch them when they were shot out from various exit points.  There were also stations in the courtyard that shot out columns of air that propelled objects attached to parachutes.  It is such a fun way to learn about aerodynamics! 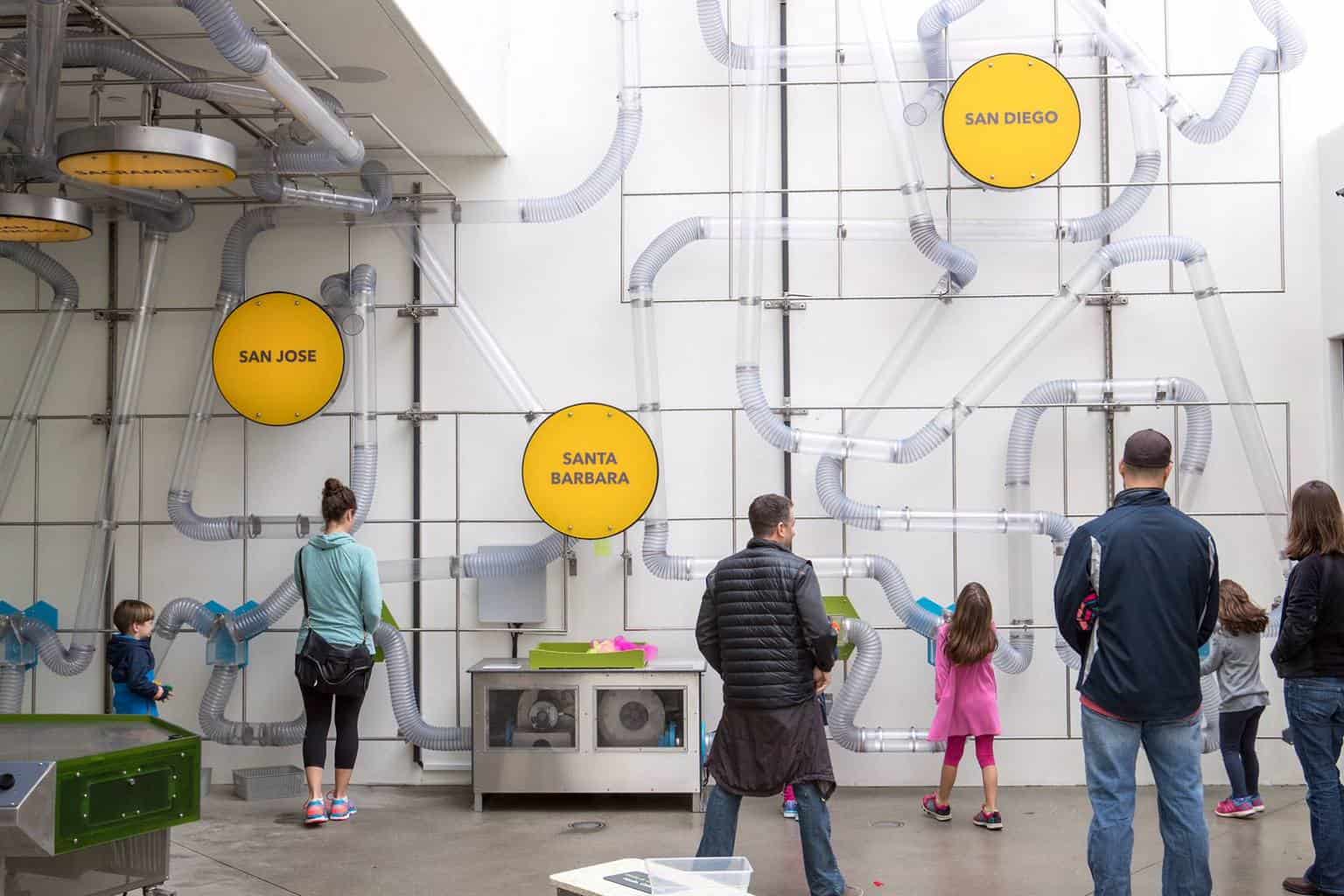 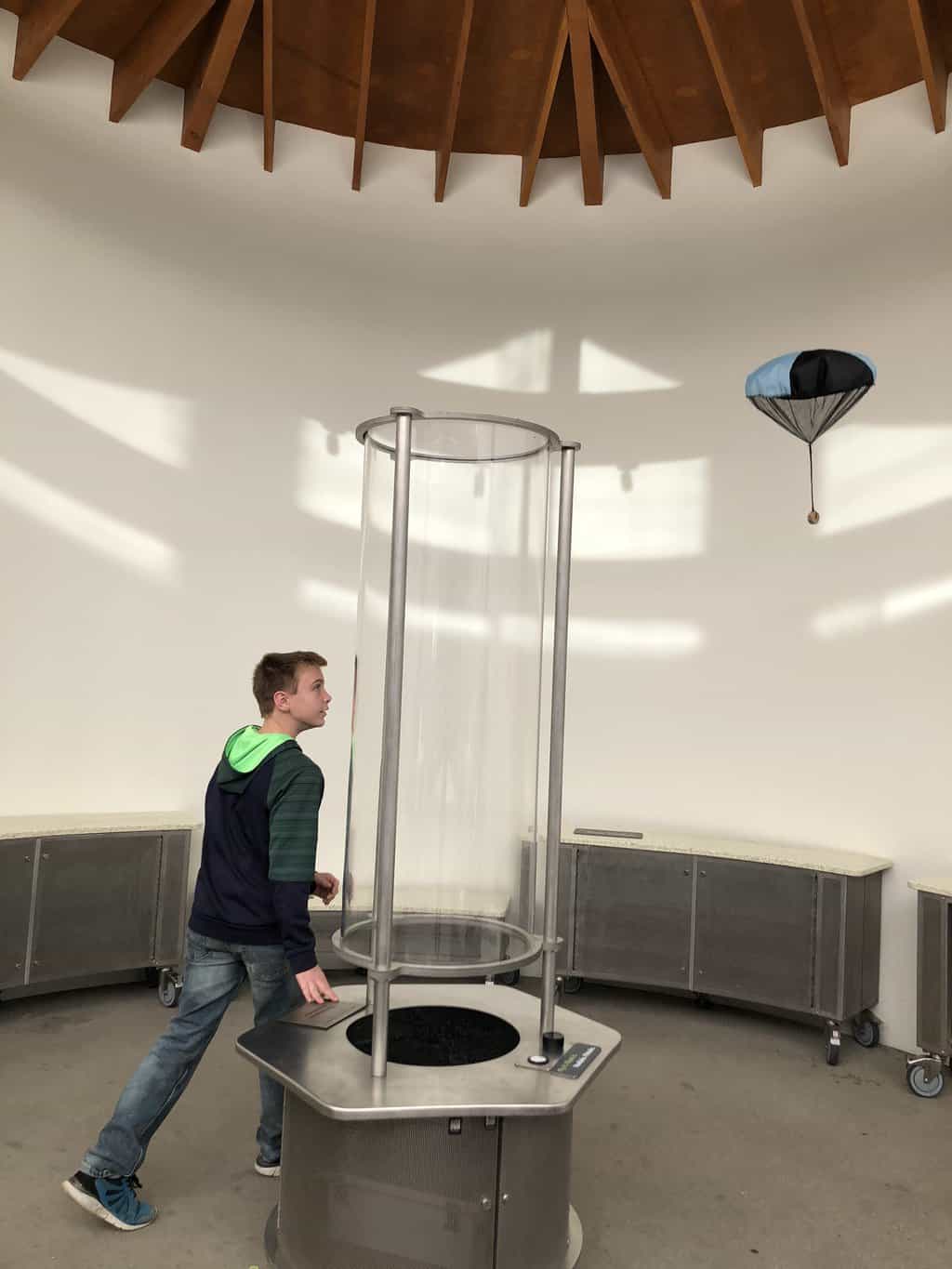 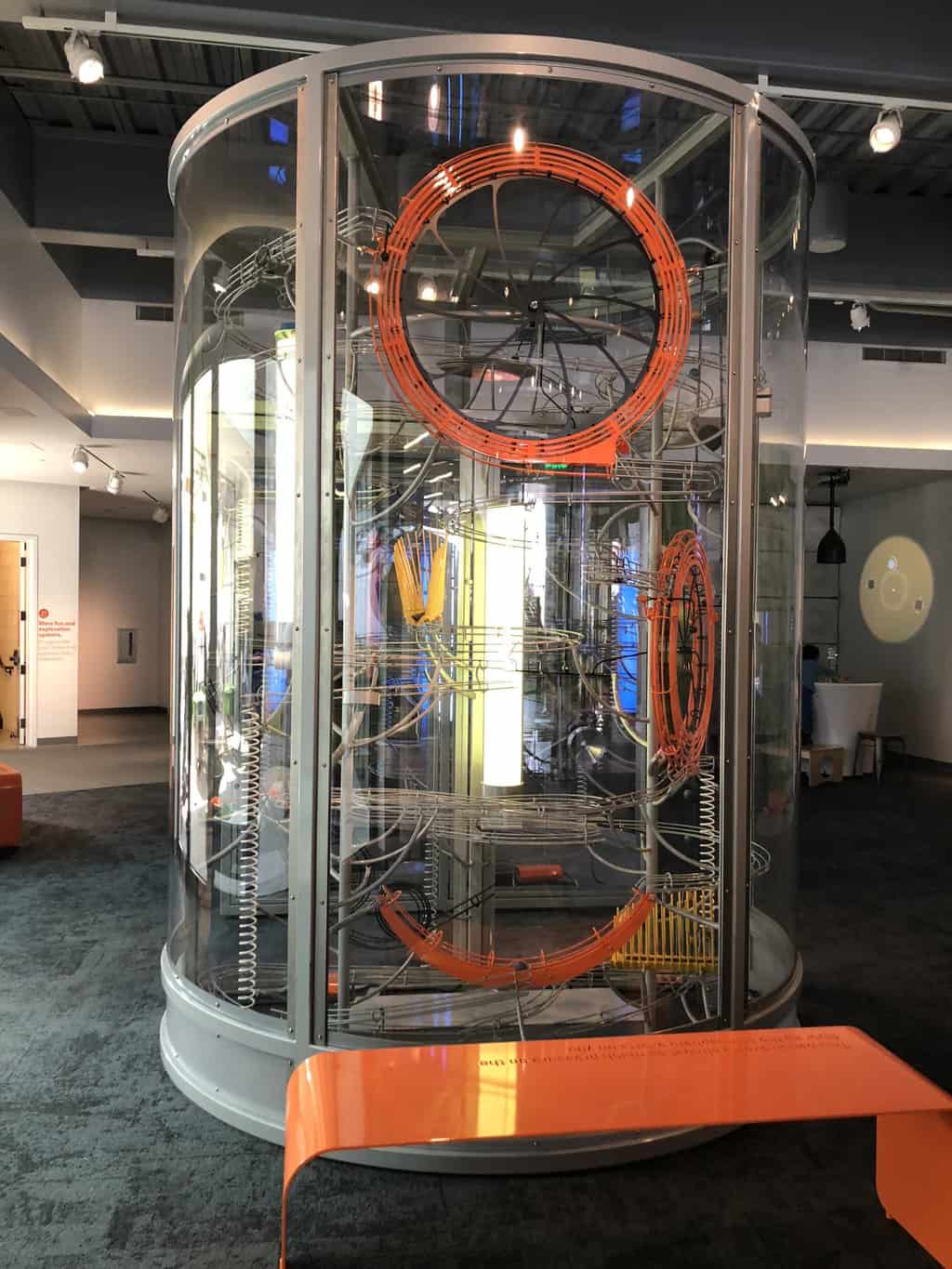 On level two, my son bolted immediately into the Speed Track, a funtastic build your own racecar derby exhibit.  Not only can kids custom build their own racers, they can also adjust the elevation of the race track. 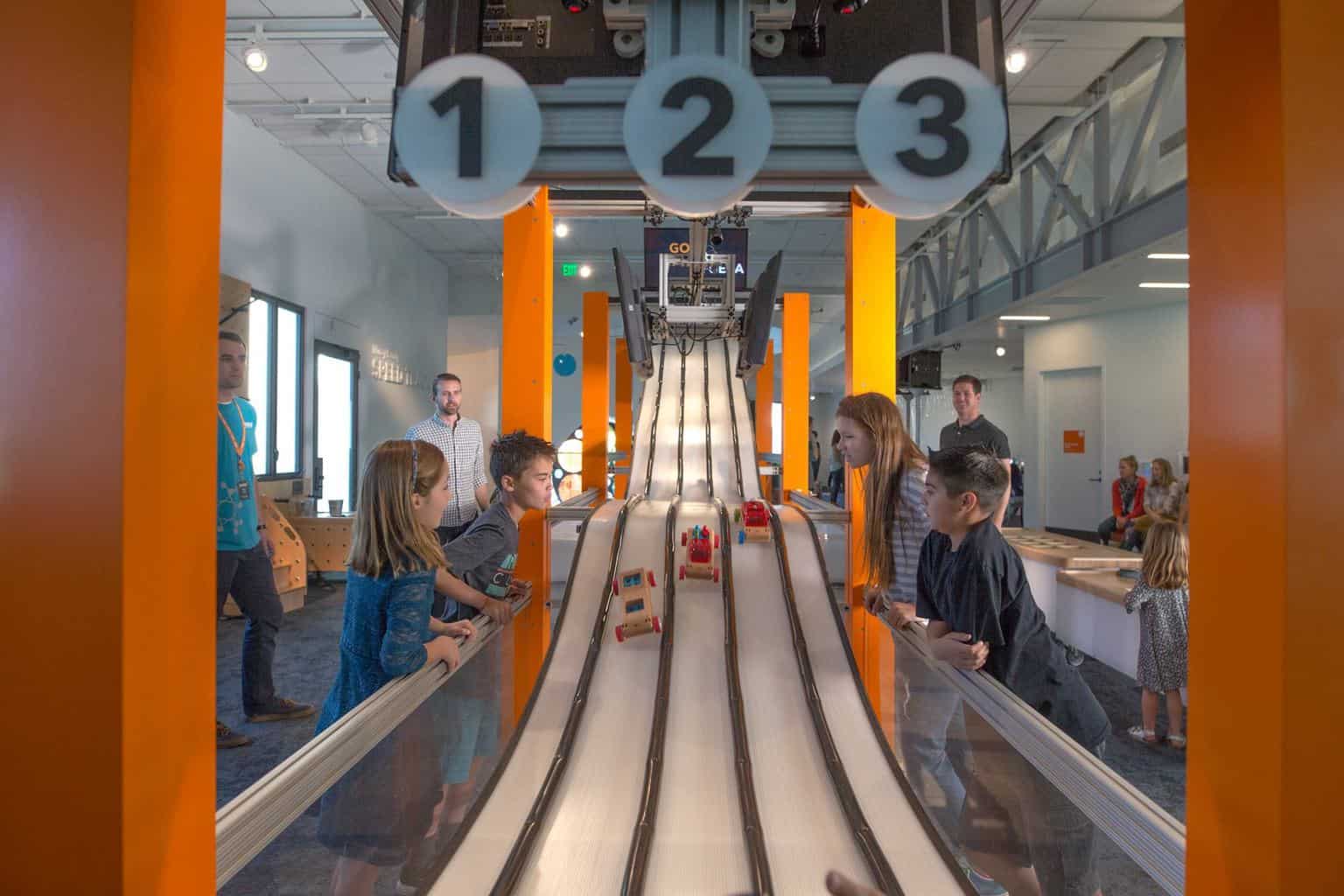 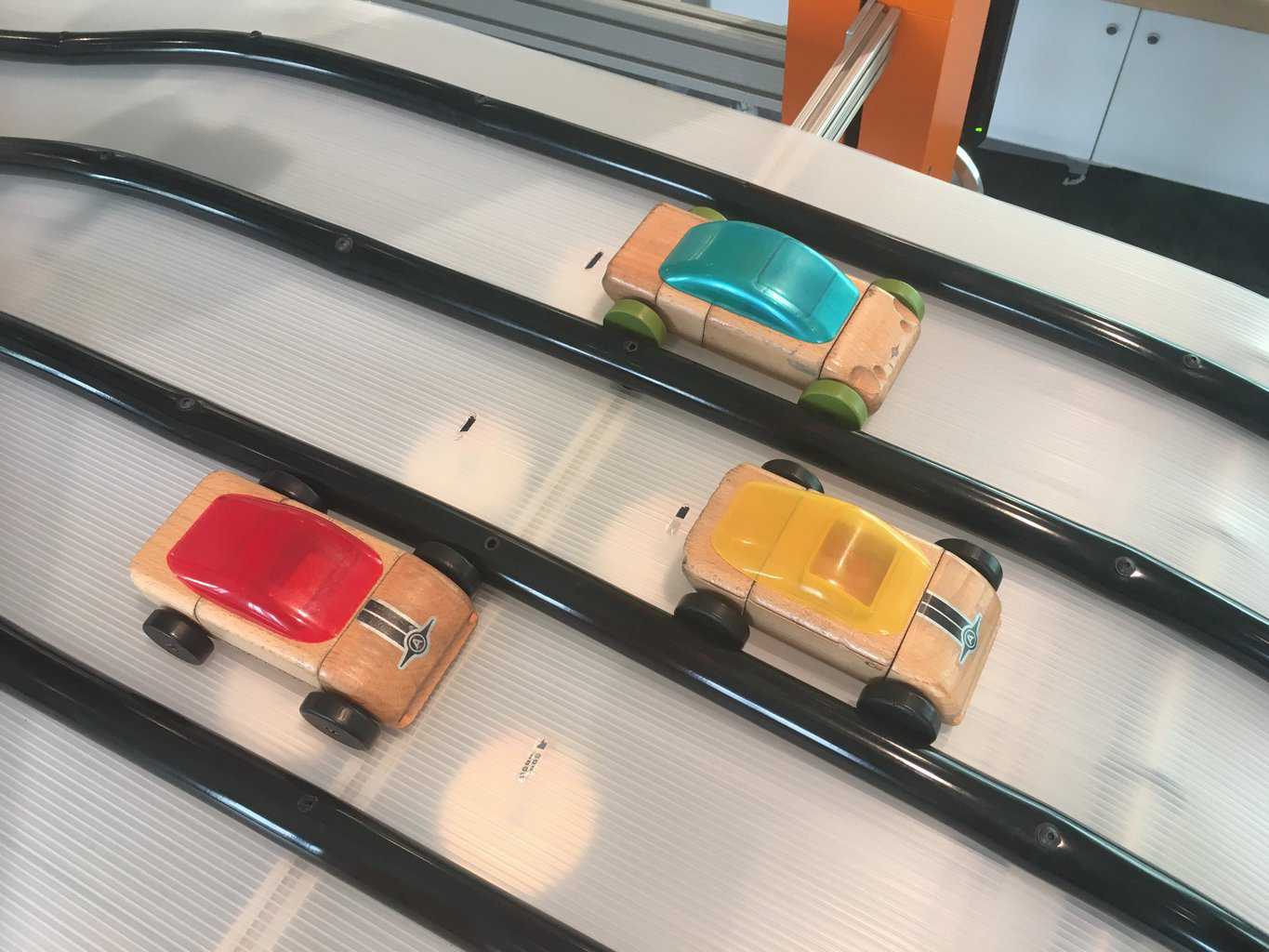 Another popular exhibit was along the wall where aspiring young minds can architect their own rollercoasters, masterpieces equipped with rubber track and plenty of marbles. 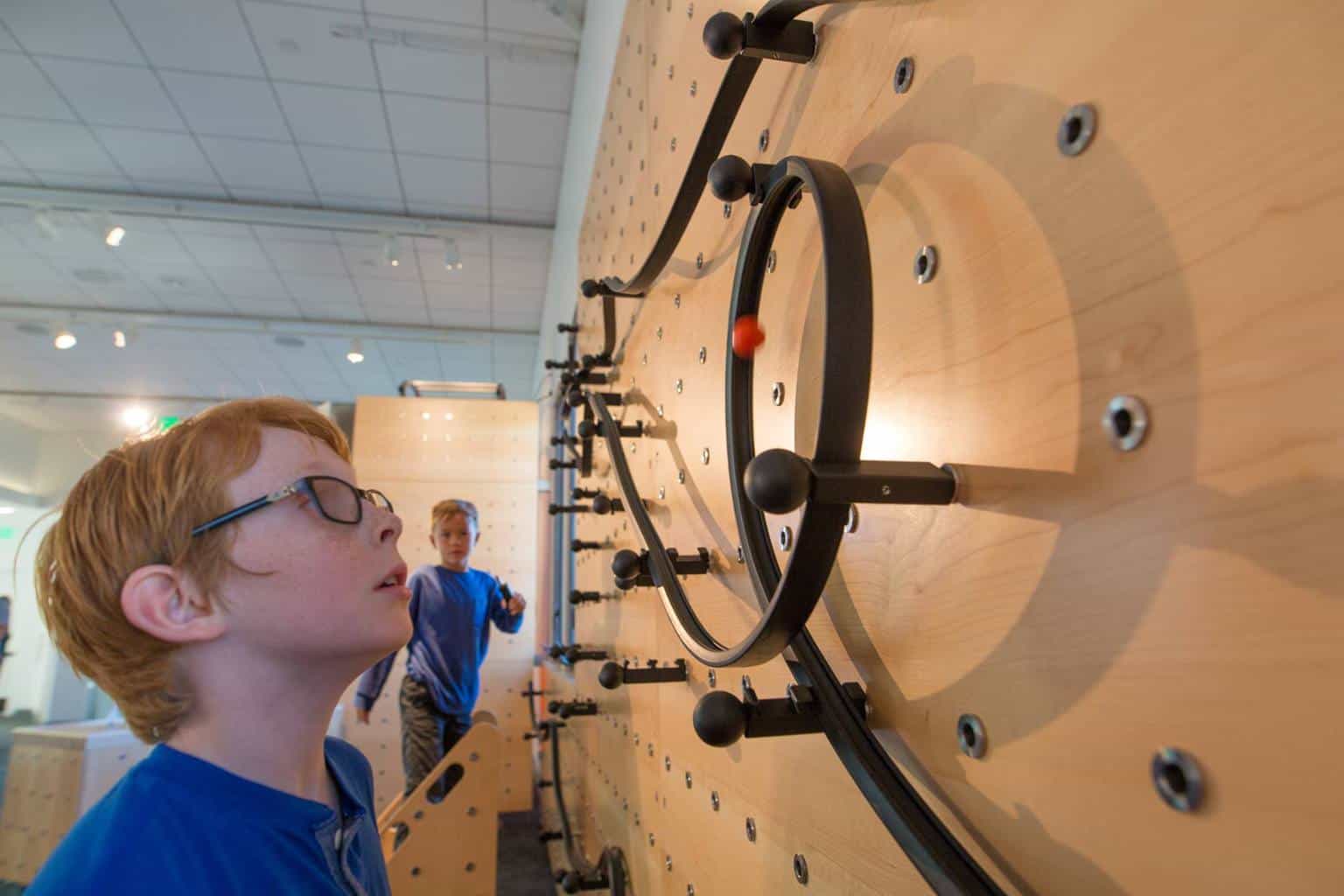 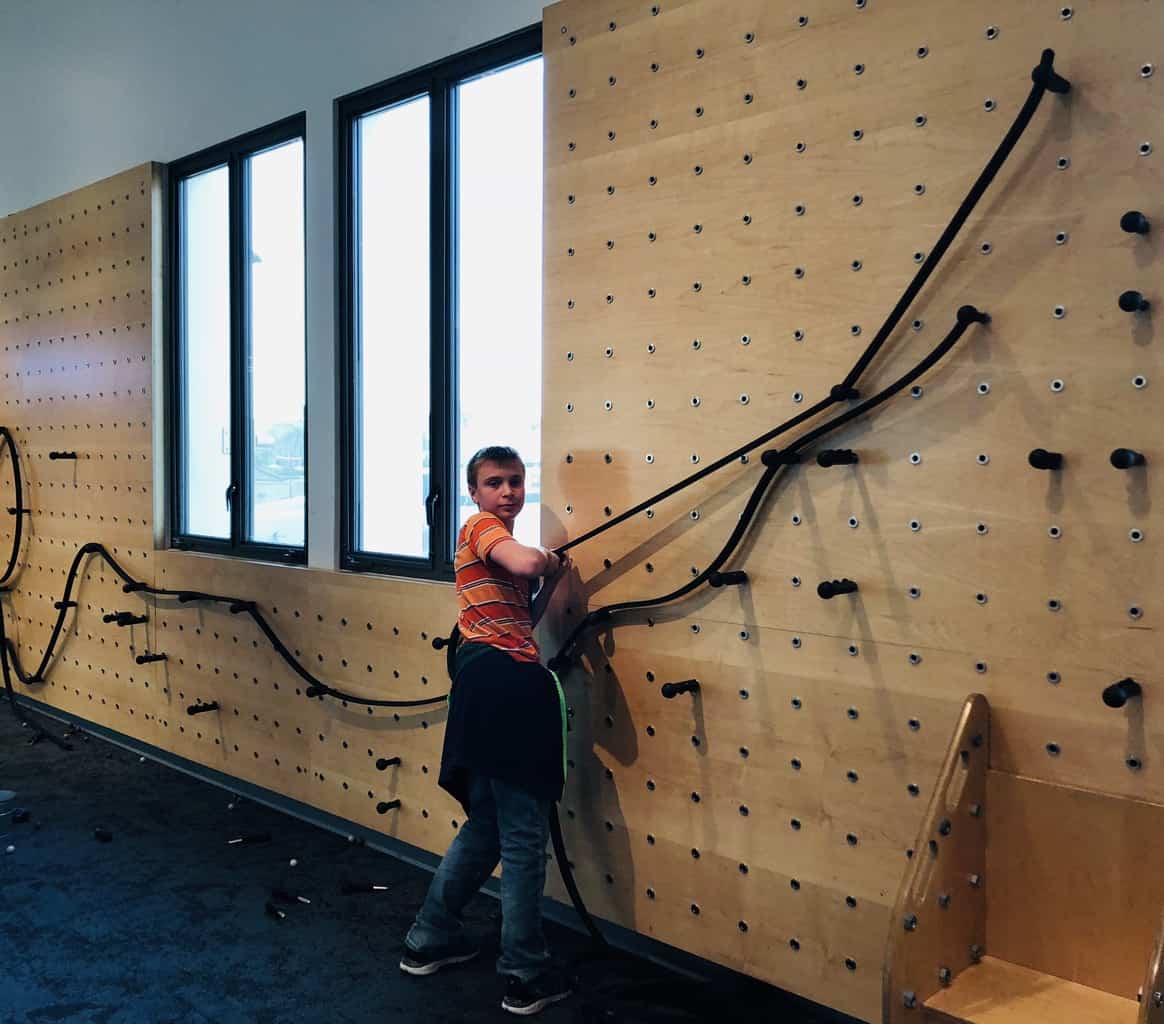 The third level was the “icing on the cake,” named the Sky Garden.  On the rooftop, we had the vantage point of witnessing the splendor of Santa Barbara, with views from the mountains to the ocean.  While I was admiring the view, my kids were playing with the Whitewater exhibit, using joysticks to direct streams of water that spin windmill structures.  It was a great way to learn without getting too wet! 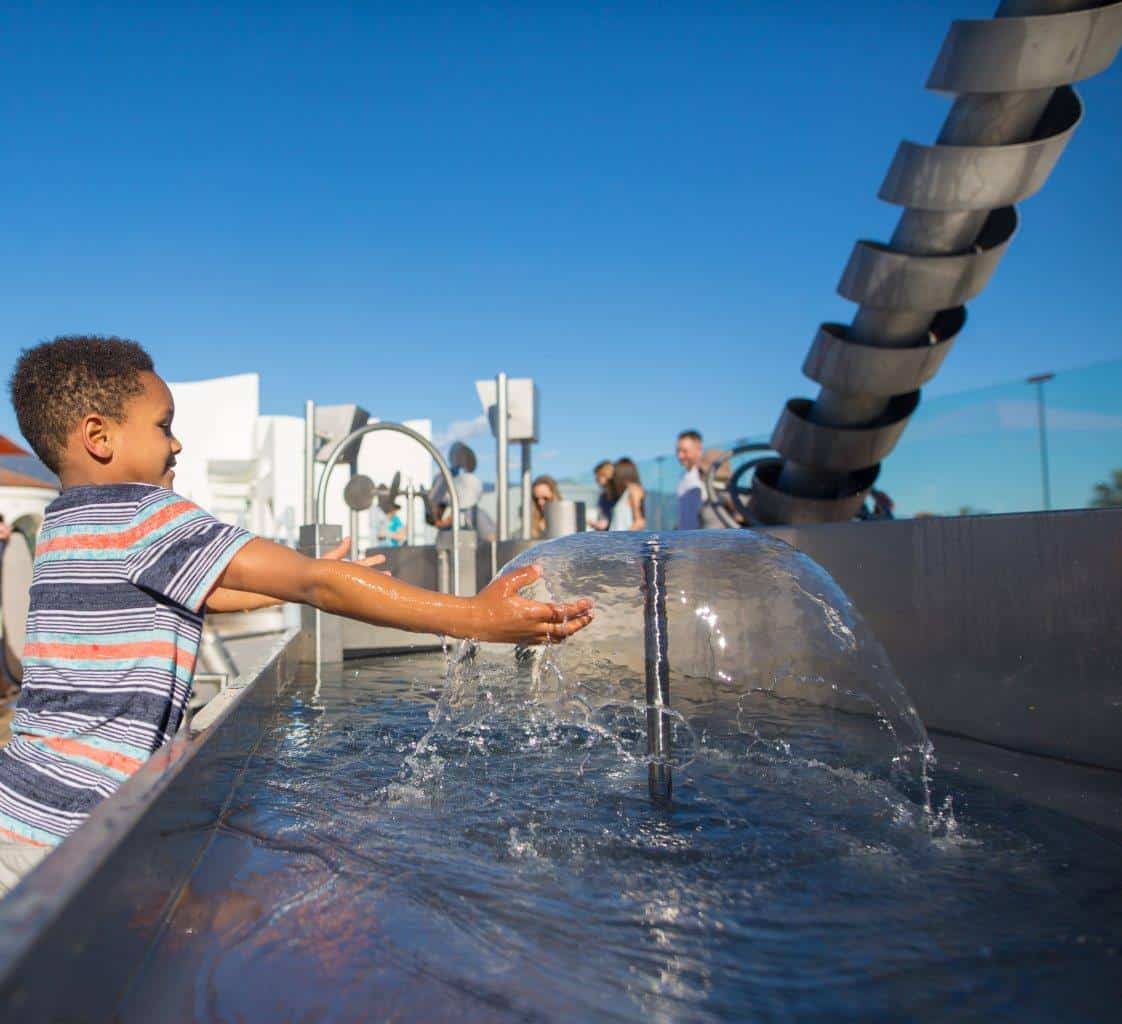 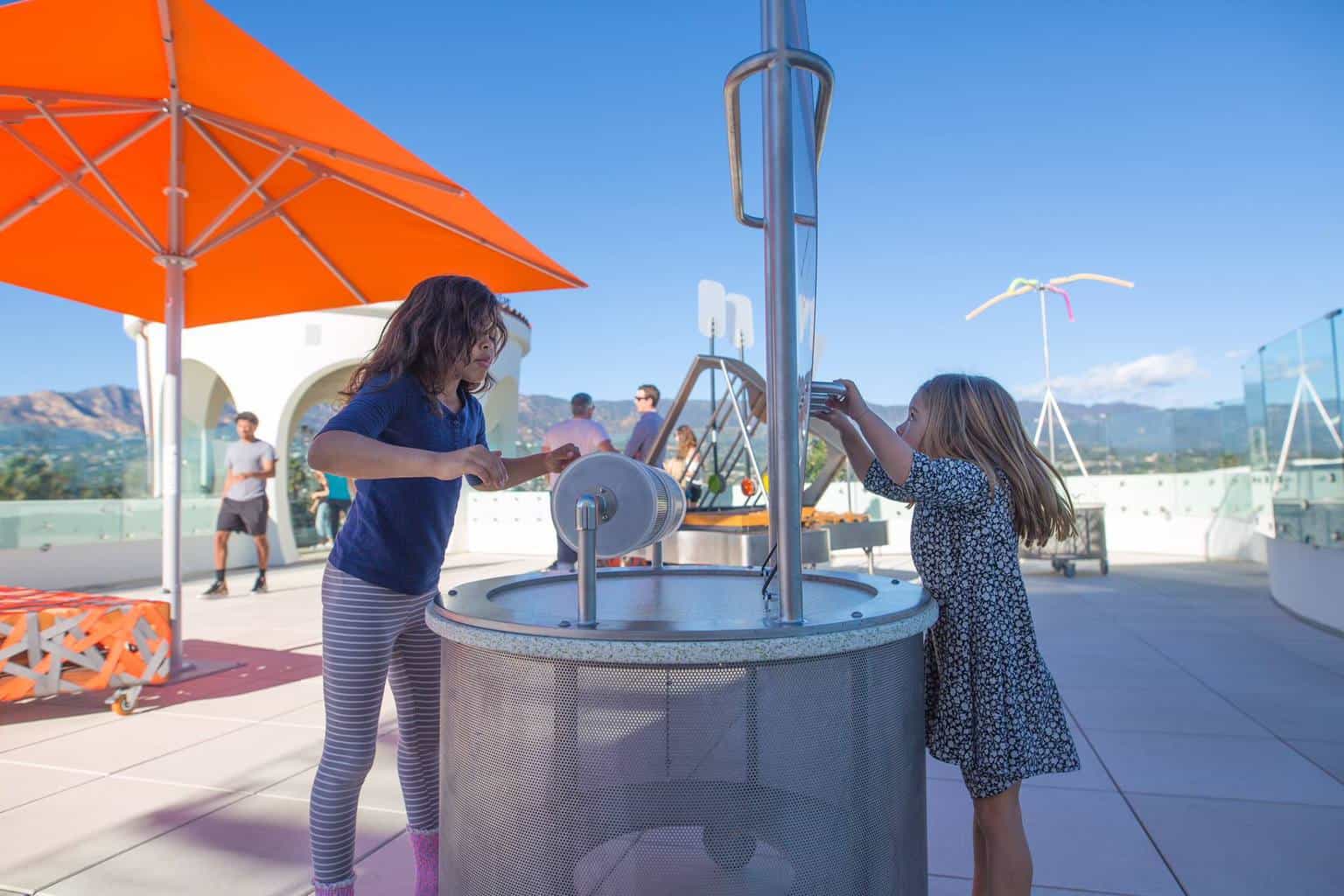 If you’re planning a family vacation to Santa Barbara anytine soon, a must stop over is at the MOXI, The Wolf Museum of Exploration + Innovation.  Since there are so many things to do in Santa Barbara, no doubt visiting the Mission, the Santa Barbara Zoo, going horseback riding or spending time at the beach is on the top of your list.  However, I promise that the MOXI will not disappoint.  To learn more, visit www.moxi.org.

More Things to do with Kids in Santa Barbara