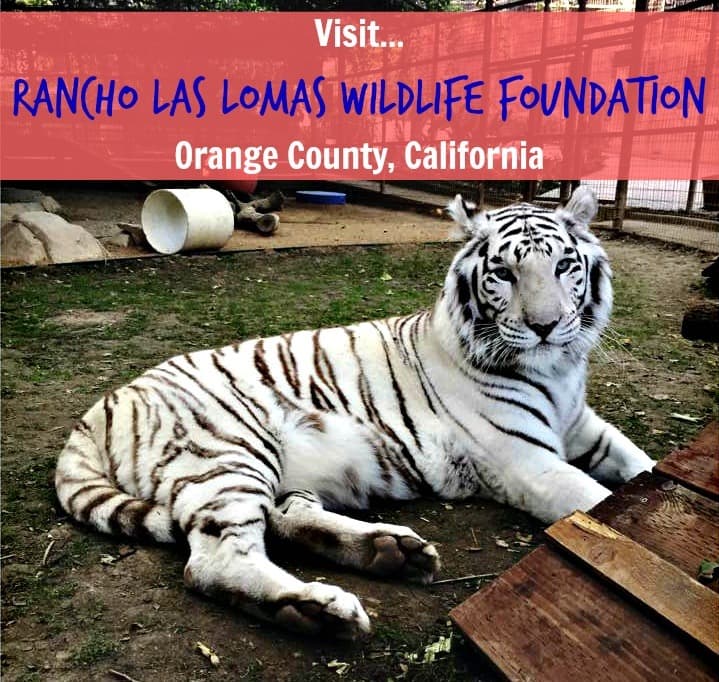 Over spring break, my family and I were invited by The Rancho Las Lomas Wildlife Foundation (RLLWF) to visit their unique animal sanctuary and property located in the foothills of Orange County, California.

Prior to our visit, I had seen RLLWF advertise on Groupon and thought it would be a fantastic place to see.  I am also pretty knowledgeable about Southern California, but I never knew there was an animal sanctuary practically right in my own backyard. 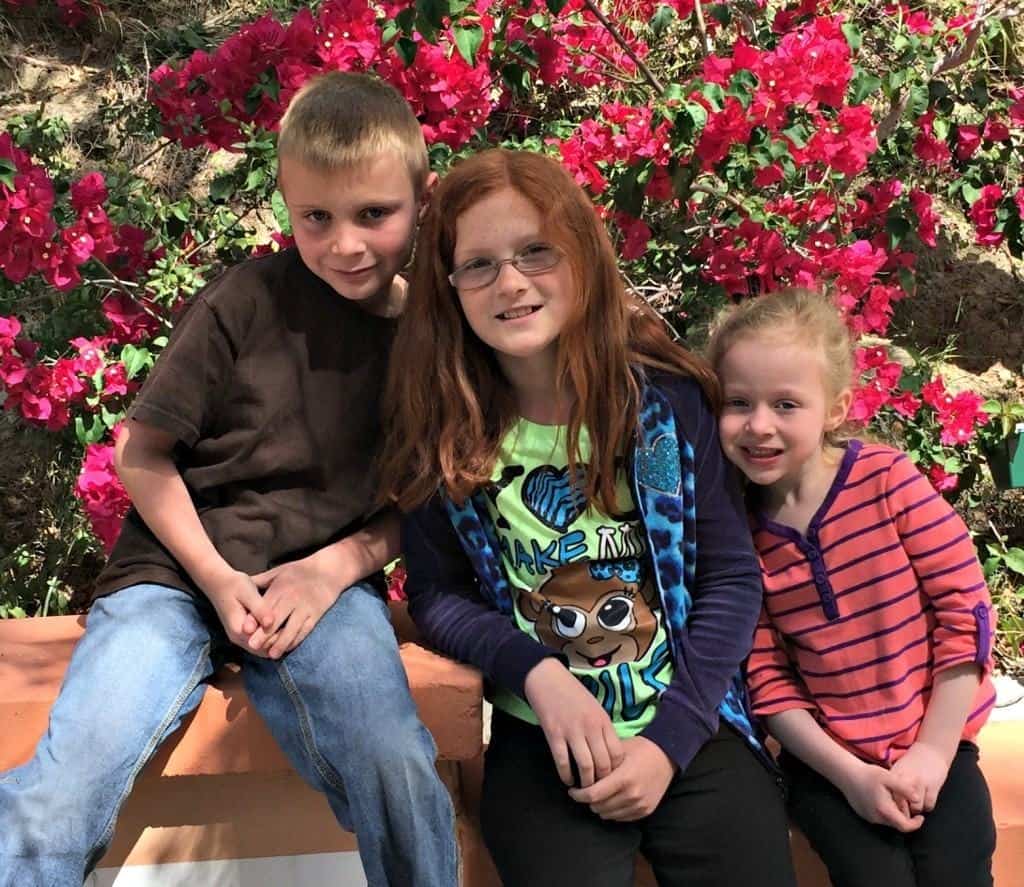 RLLWF is a small non-profit wildlife rescue located on a very large open-air property in South Orange County.  RLLWF operates from the grounds of Rancho Las Lomas in Silverado Canyon, which encompasses over 50 acres in the midst of urbanization. 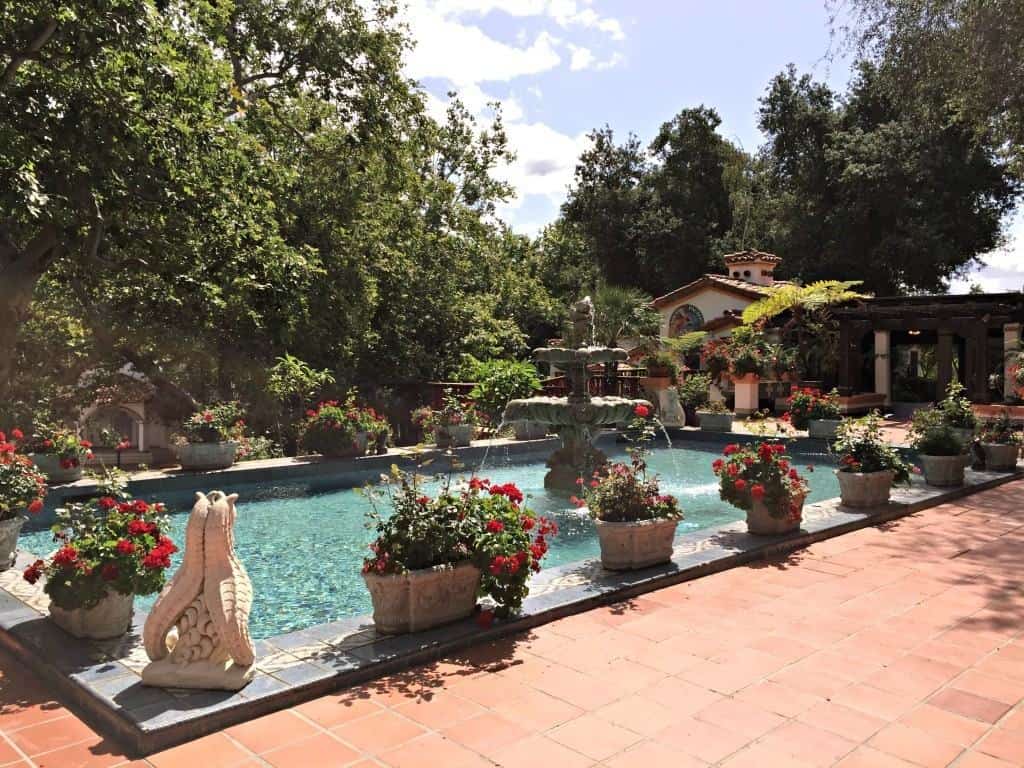 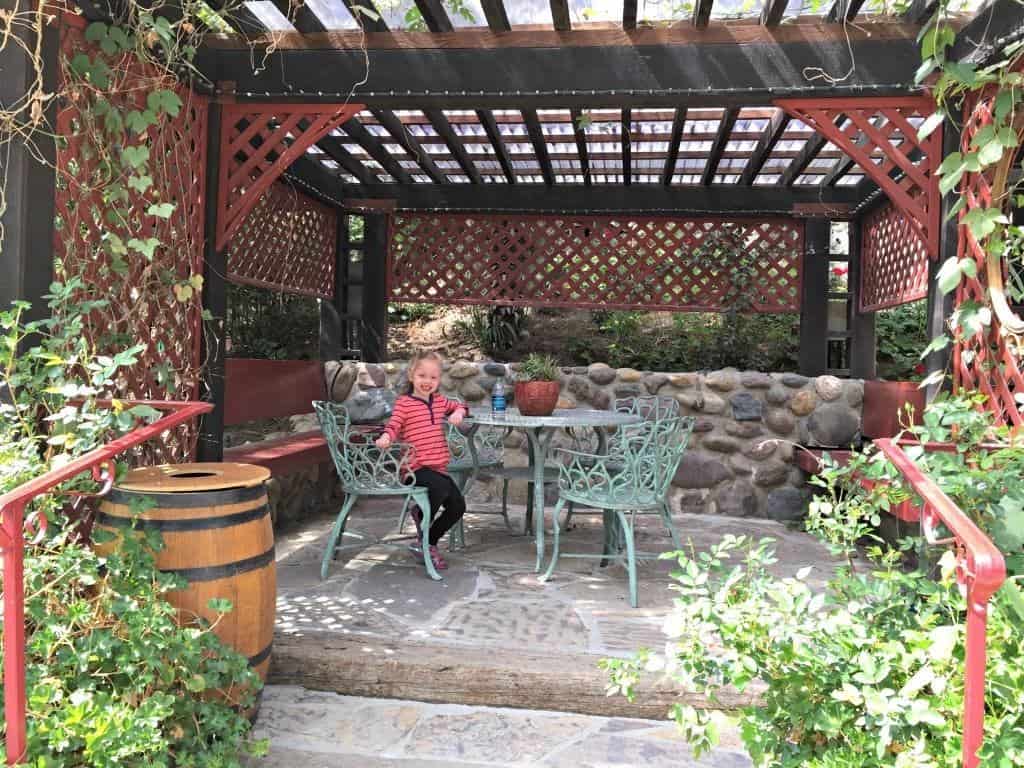 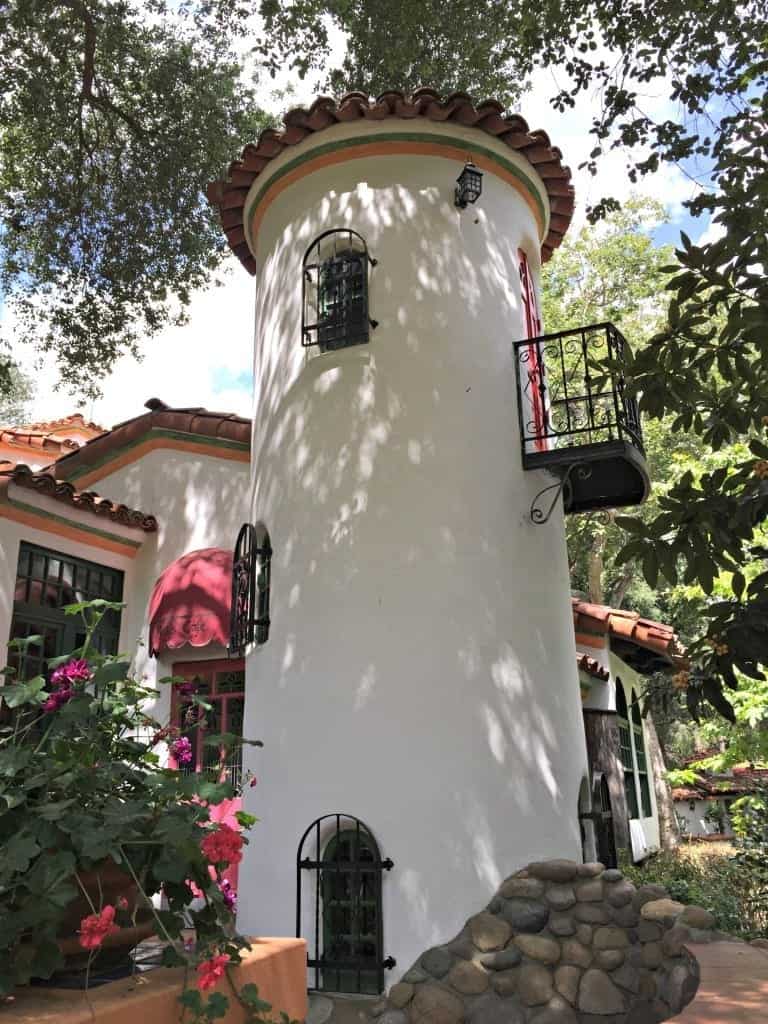 RLLWF is dedicated to educating and inspiring the community about the wonders of the natural world, while helping all realize every creature of this planet deserves the right to live with compassion and respect.  Their mission is to provide the best home possible for the animals in their care. 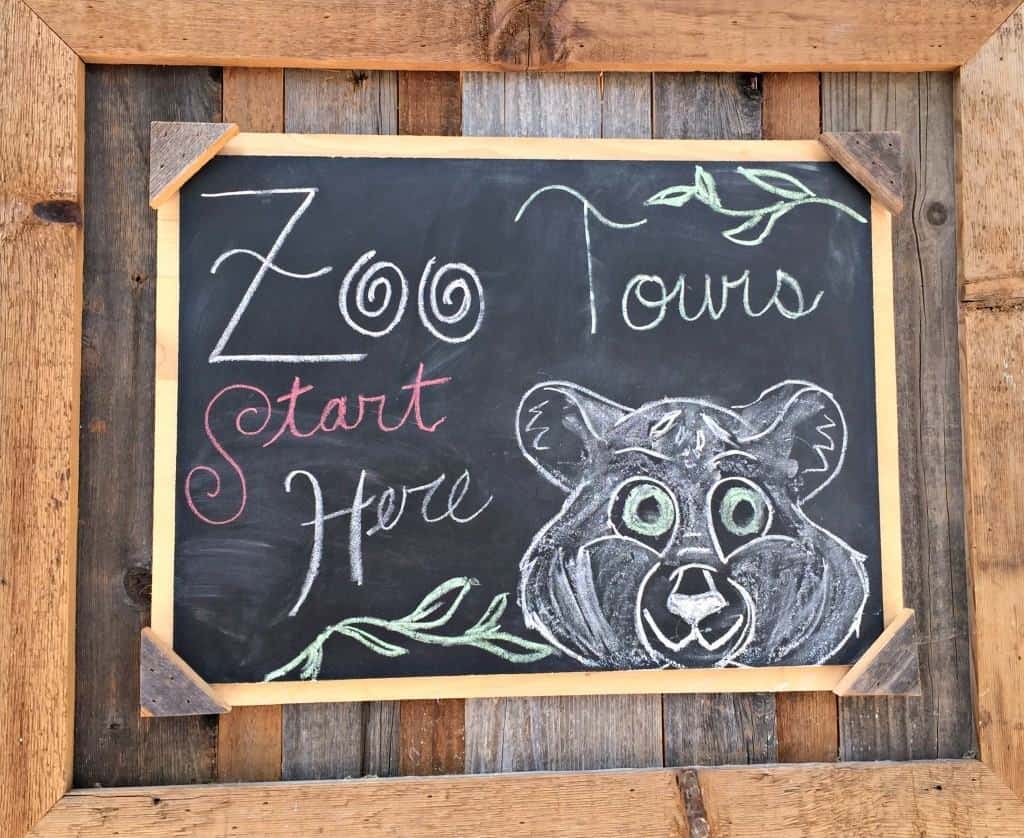 Rebekah told us a little about the history of the wildlife foundation and then we got to meet several different animals over the course of our tour. 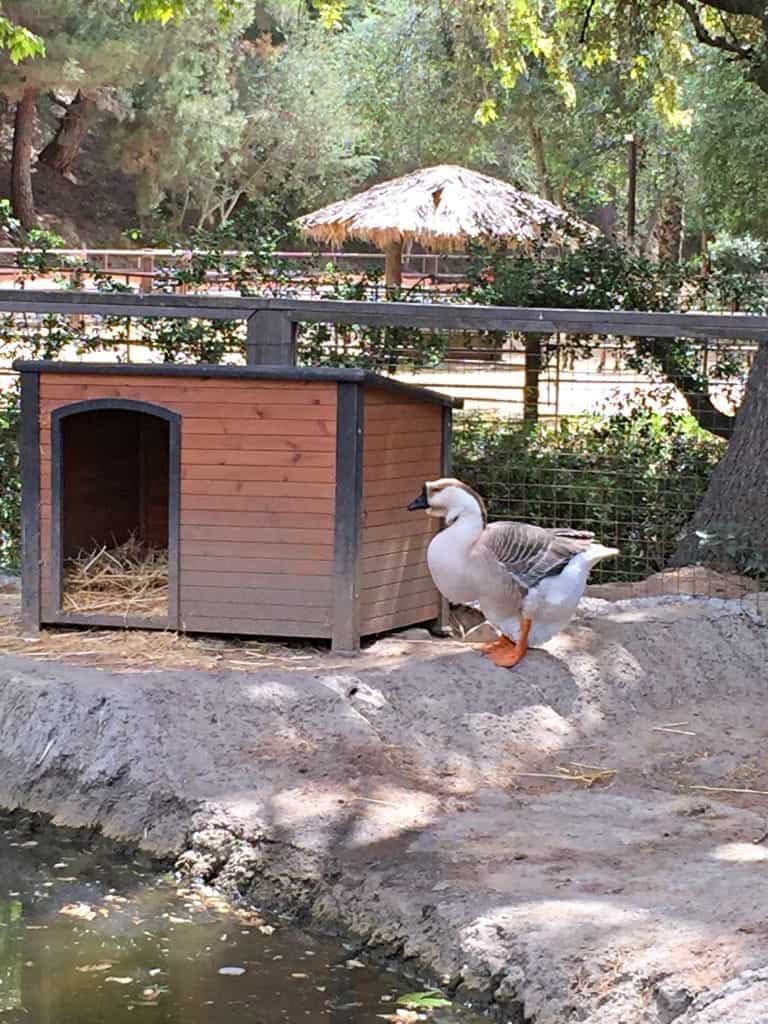 Loosey Goosey is a Chinese goose who lives on the property.  Chinese geese are described to be as loyal and affectionate as a family dog.  We heard Loosey Goosey sound the alarm many times when we were in her presence. 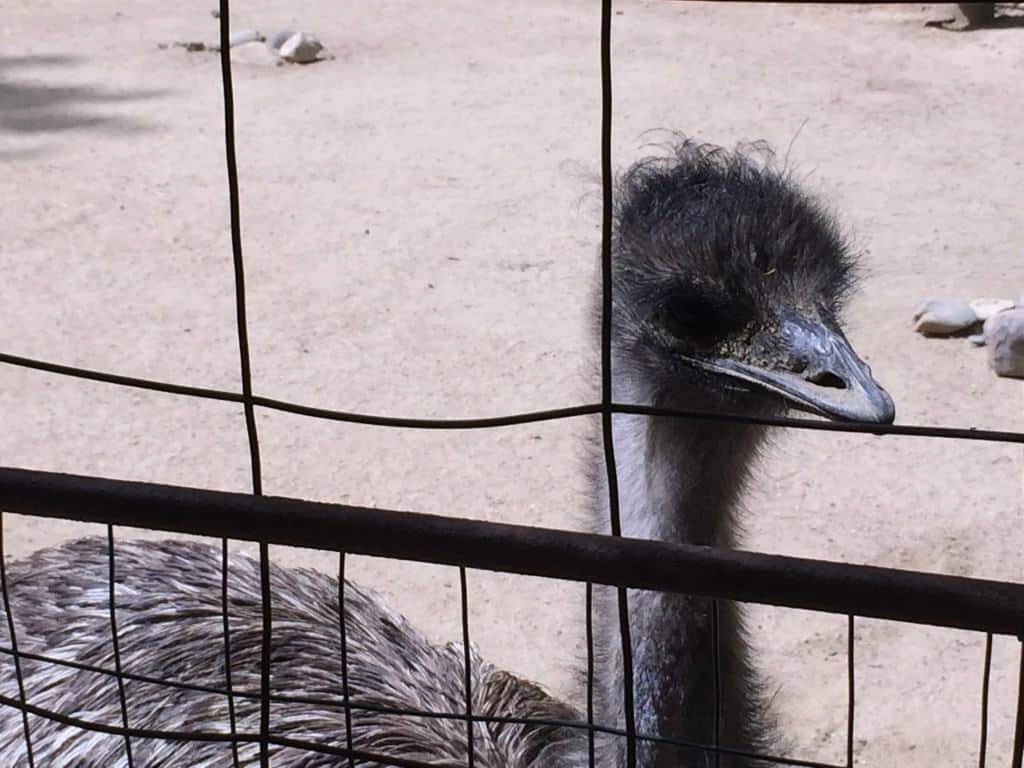 Sammy the Emu was hilarious!  We were advised not to get too close the fence, because Sammy likes to stick his head out and peck at anything that walks by.  And boy, did he!

Emus are flightless high energy birds and are “born to run”.  With their long legs they can reach speeds up to 35 mph and are endemic to Australia. 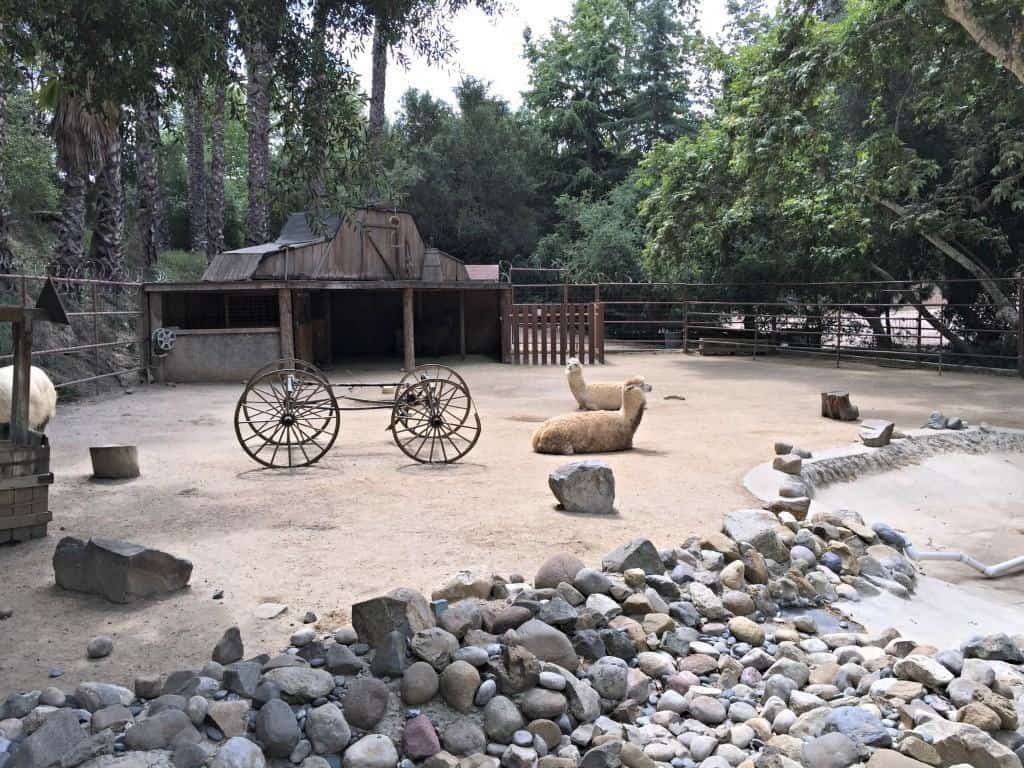 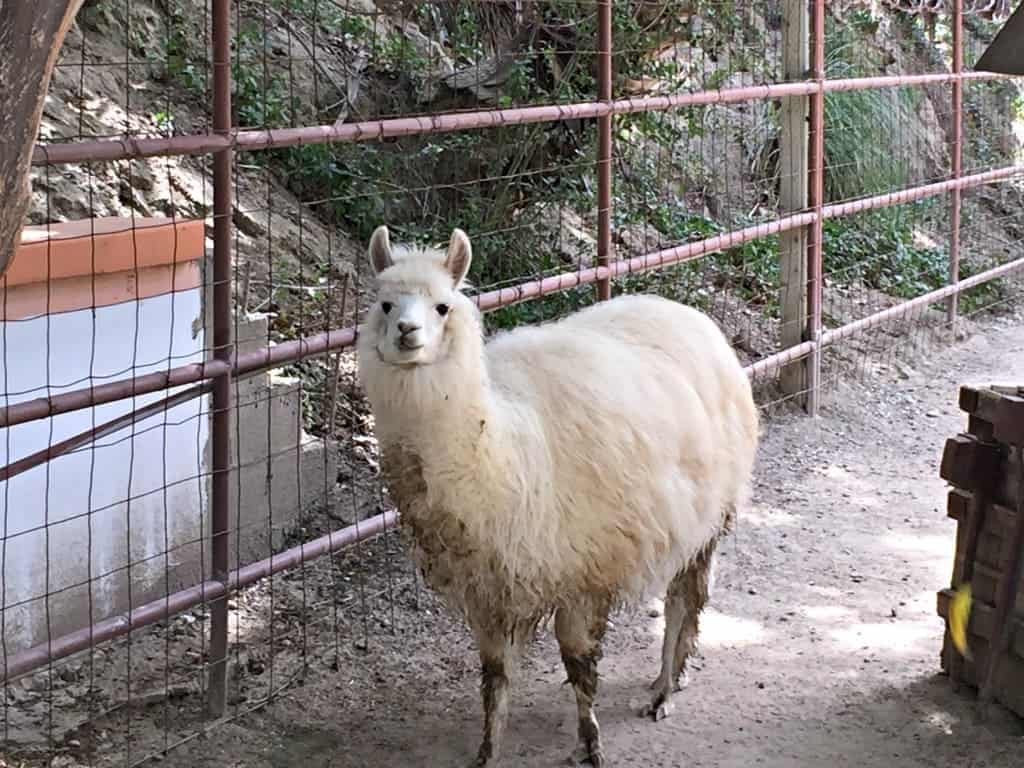 Alpacas are domesticated species of South American camelid.  They resemble small llamas in appearance.  Alpacas are normally kept in herds that graze on the level heights of the Andes of southern Peru, northern Bolivia, Ecuador, and northern Chile. 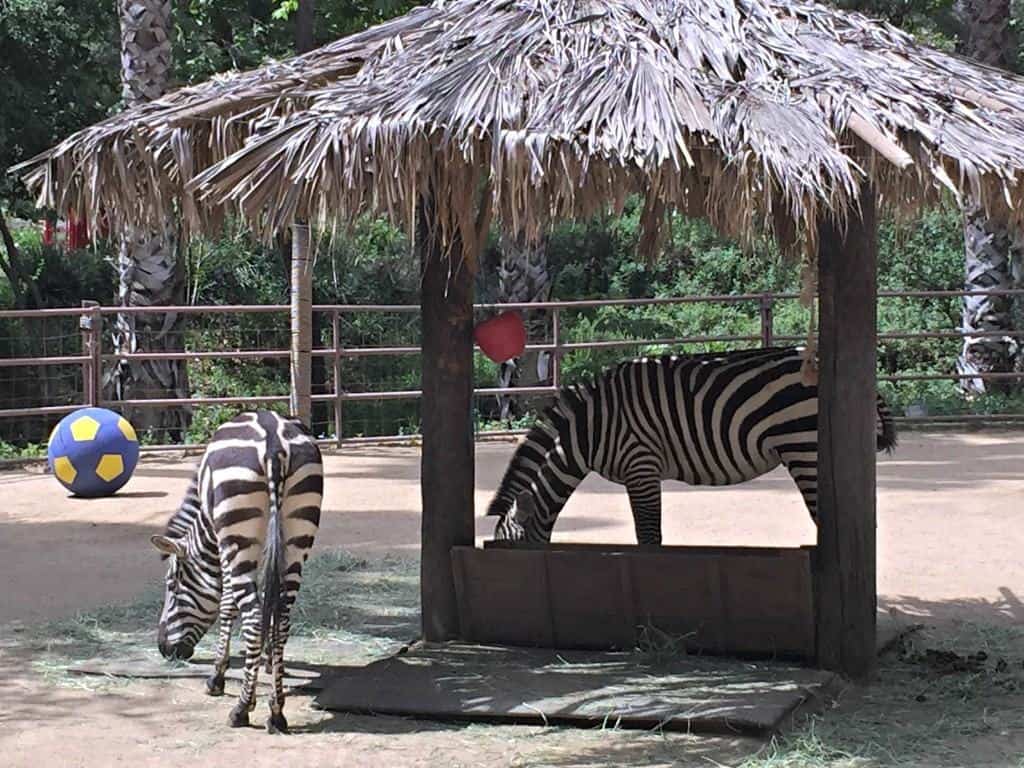 Every zebra has a unique stripe pattern, which makes it difficult for predators to differentiate one zebra from the next throughout the herd.

Zebras are not as fast as horses; however they have great stamina to outpace predators.  When chased, they zig zag quickly to confuse their pursuers.

RLLWF’s male zebra named Ziddle displays his power by bucking wildly as he gets a surge of excitement at feeding time.  Their female zebra named Zaddle has a sweet personality and loves to play with her soccer balls. 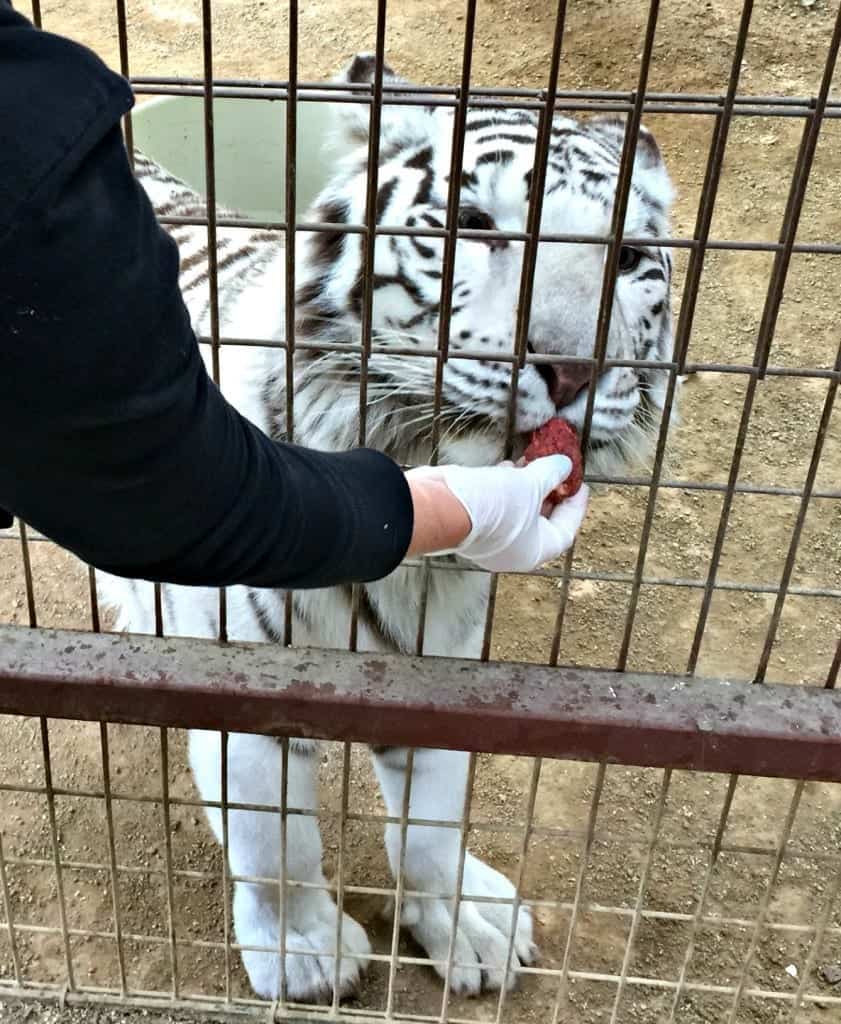 When we came upon Lily’s cage she seemed quite happy to greet us.  She let out a big meow and rubbed her body up against the cage.  She knew it was feeding time with her caretaker.

Lily is the wildlife foundation’s most social cat; she never misses an opportunity to greet her keepers with love and affection.

Did you know that there hasn’t been a white tiger sighting in the wild in over 50 years?  The chance of a white tiger being born in the wild is extremely rare, it occurs naturally in 1 out of 10,000 births.  Therefore, Lily is a rare gem, especially in Orange County! 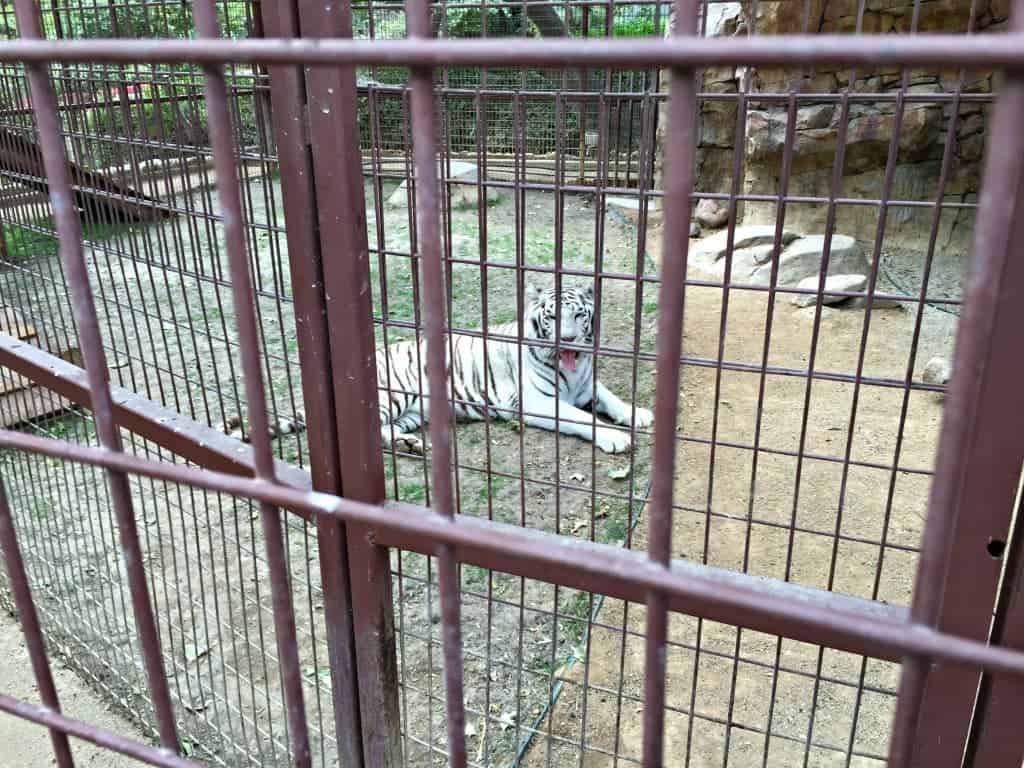 RLLWF also has two other cats on the property known as “servals” that were hiding out in their caves while we were visiting.  We did not get a full glimpse of them because they were sleeping.  But that’s okay! 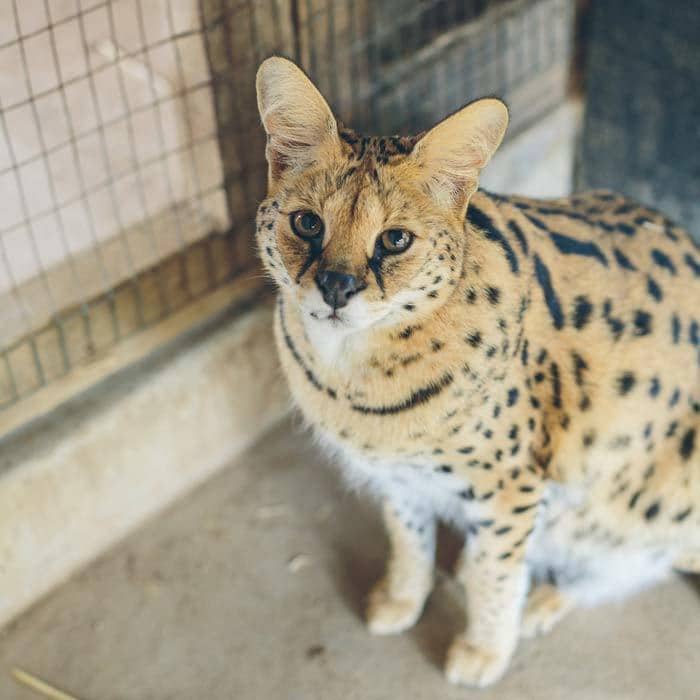 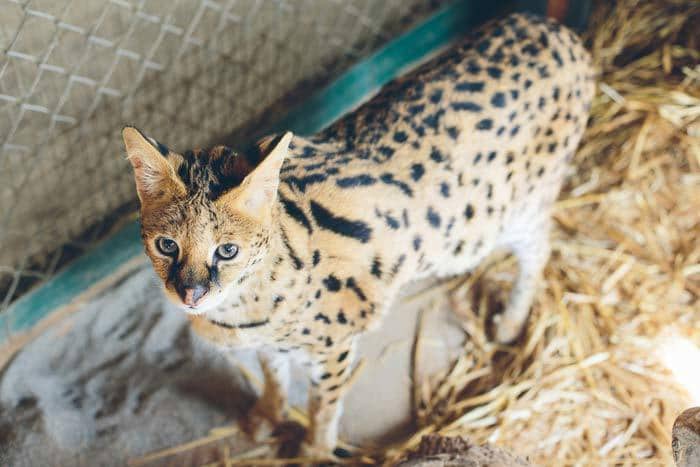 Servals have an abnormally long neck and small head for their body size, which is why they are referred to as the “giraffe cat.”  Despite his age, Eli is one of the smartest animals here at Rancho.  He thoroughly enjoys working on his behaviors with his trainers.

Furthermore, RLLWF has a beautiful collection of exotic birds from around the world including a Blue-Fronted Amazon, Red-Lored Amazon, Scarlet McCaw, Yellow-Naped Amazon Parrots and my favorite, Oliver, a Blue and Gold Macaw. 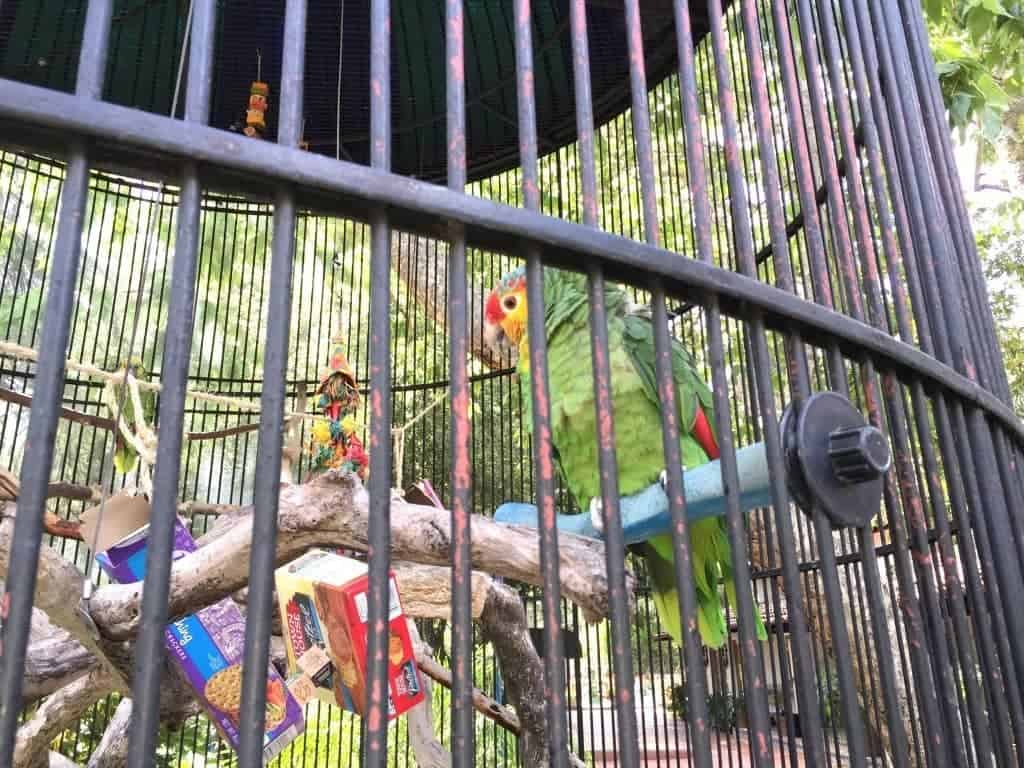 Oliver conversed with us by saying hello, dancing, singing and putting out his claw for me to hold him.  However, only the caretakers at RLLWF are able to hold the animals.  Oliver was simply amazing in my opinion! 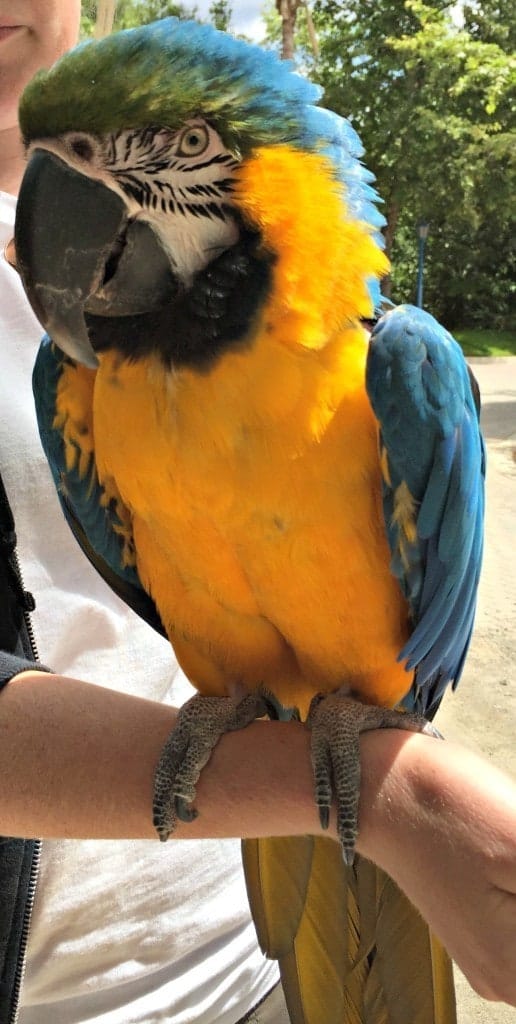 RLLWF interprets and foster awareness of wild animals and their environment through exhibits, programs and events such as their collaborative work with the Irvine Unified School District.   RLLWF also hosts a number of charitable organizations (The Boy Scouts of America, Project Hope, Girls Inc.) on the property, in which the role of wildlife and a healthy ecosystem is presented.

RLLWF offers field trips for school groups, homeschoolers, summer camps and other community organizations year-round.  The cost is $10 per person.  To book a field trip, call 949.589.7900.

Families are also welcome to visit Rancho Las Lomas Wildlife Foundation during a weekend tour or date night for parents.

More Things To Do With Kids in Orange County

60+ Places To Explore with Kids in Orange County